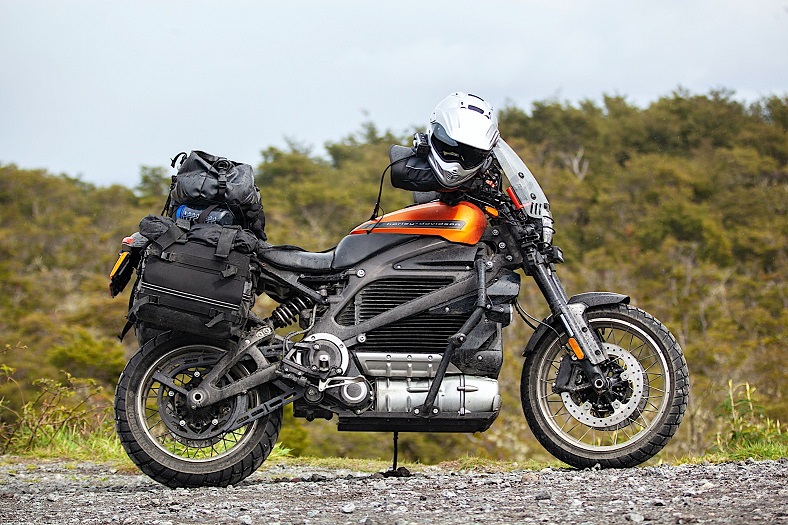 You might have already caught the first episode of Ewan McGregor and Charley Boorman’s new adventure called Long Way Up. The duo decided this time to travel over 13,000 miles (21,000 km) from the city of Ushuaia in Tierra del Fuego, all the way to Los Angeles. They did so riding bikes, as usual, but not just any bikes: they used electric Harley-Davidson LiveWires.

A close look at the images already shown reveals that these were not your regular LiveWires, the ones you’ll be able to get from the neighborhood dealer. They were modified for the task, and the bike maker admitted as much this week, when it announced the launch of a six-part podcast documenting the changes. And with the announcement came, of course, the first details on these modifications.

Harley says it established a special team to handle the task of converting the LiveWires to machines that could withstand the rigors of such a journey. And they nearly nailed it, we reckon, as we’re told the job was ready in just a month, and the results are as real as they get.

We’re told the LiveWires used for the adventures used the stock Rechargeable Energy Storage System (RESS), the stock chassis, and the stock Revelation powertrain. What wasn’t stock were the rotors, wheels, and tires, with these last two pieces of hardware taken from the upcoming Pan America. There were also custom windshield, rear shock, and triple clamps.

We are not being told, at least yet, whether the range of the two-wheeler changed as a result of the upgrades.

“This podcast series is a premier showcase for how Harley-Davidson’s talented staff of engineers and designers go above and beyond in their mission to create motorcycles that unlock adventures wherever they may lead. These efforts can be experienced in the 2020 LiveWire – a shining example of how Harley-Davidson innovates to lead in the electrification of motorcycling. It’s an experience that can only be truly understood after riding it.”

Harley’s podcast will be available on both Apple Podcasts and Spotify.

The trailer for “Long Way Up,” the epic, new Apple Original series from stars Ewan McGregor and Charley Boorman is now available. The first three episodes of the 11-part unscripted series will premiere globally on Apple TV+ on Friday, September 18. New episodes will roll out weekly, every Friday.

“Long Way Up” reunites McGregor and Boorman for the ultimate adventure in travel and friendship after more than a decade since their last motorbike adventure around the world. In their most challenging expedition to date, the two cover 13,000 miles over 100 days from Ushuaia at the tip of South America to Los Angeles.  In order to contribute to the sustainability of the planet, the duo travels on modified electric Harley-Davidson LiveWire® motorcycles.

Using cutting-edge technology, they travel through 16 border crossings and 13 countries along with their longtime collaborators, directors David Alexanian and Russ Malkin, who follow in the first two electric Rivian trucks ever made. 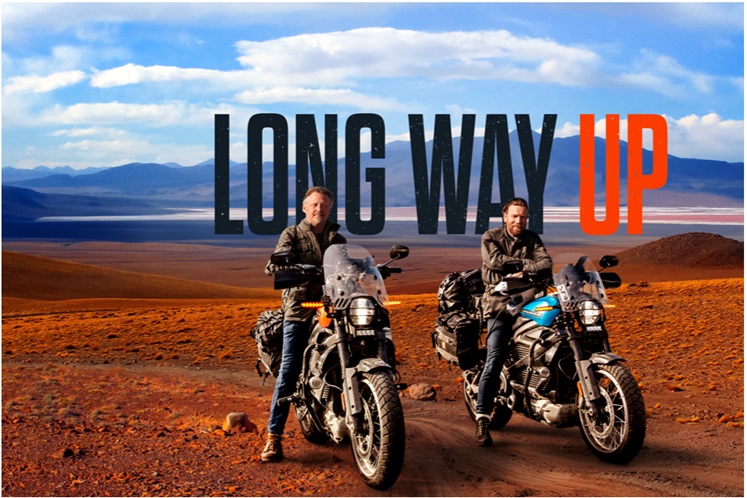