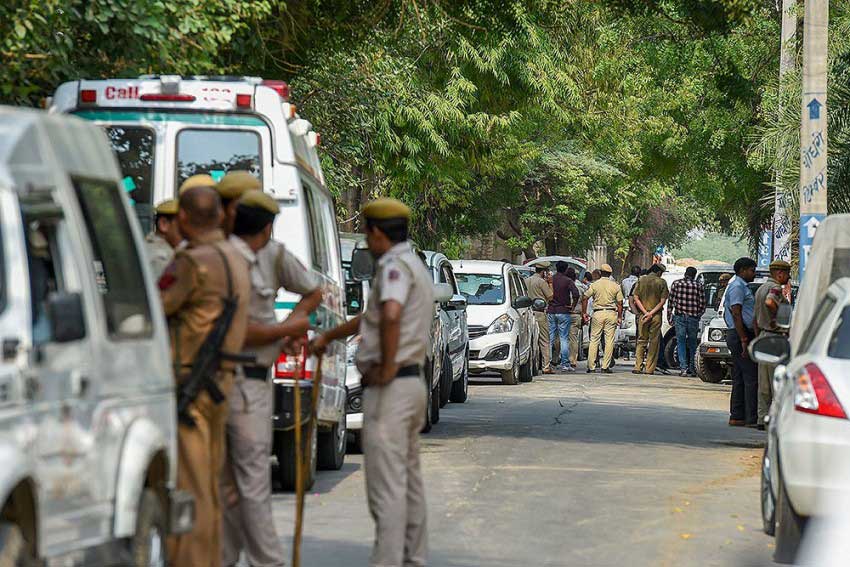 The arrest was made on Wednesday after a video surfaced on social media platforms recently, which showed two lions being chased on a motorcycle.

Two persons, including a boy, were arrested for allegedly harassing two lions in Gir forest of Gujarat by chasing them on a motorcycle, a senior official said on Saturday.

The arrest was made on Wednesday after a video surfaced on social media platforms recently, which showed two lions being chased on a motorcycle by unidentified persons, who scared them away with loud noise of the vehicle and honking, the forest department official said.

“An investigation was launched into the video, which revealed that it was shot near Gadhiya village in Tulsishyam range of Gir East forest division of Gujarat by two locals. One of them was identified as Yunis Pathan, and another a minor,” Chief Conservation of Forests (Wildlife), Junagadh, D T Vasavada said.

“While going on their motorcycle, the duo had come across two Asiatic lions. They chased the felines away by honking and creating loud sound through the vehicle. They shot a video of the chase on a mobile phone, which they uploaded on social media sites later,” he added.

Pathan, who hails from Sarasiya village in the same locality, was arrested along with the minor under the provisions of the Wildlife Protection Act and was produced before a local court on Friday, which remanded him in judicial custody, Vasavada said.

Decision on further action against the minor is being taken, he added.

The official warned people against indulging in activities like harassing or teasing lions, which he said was a serious offence with a provision for jail term ranging from three years to seven years and Rs 25,000 penalty.

“We have arrested several persons for such offences in the past and are taking stern action. It is not easy to get bail in such matters. I would appeal to the people to refrain from such acts,” he said.