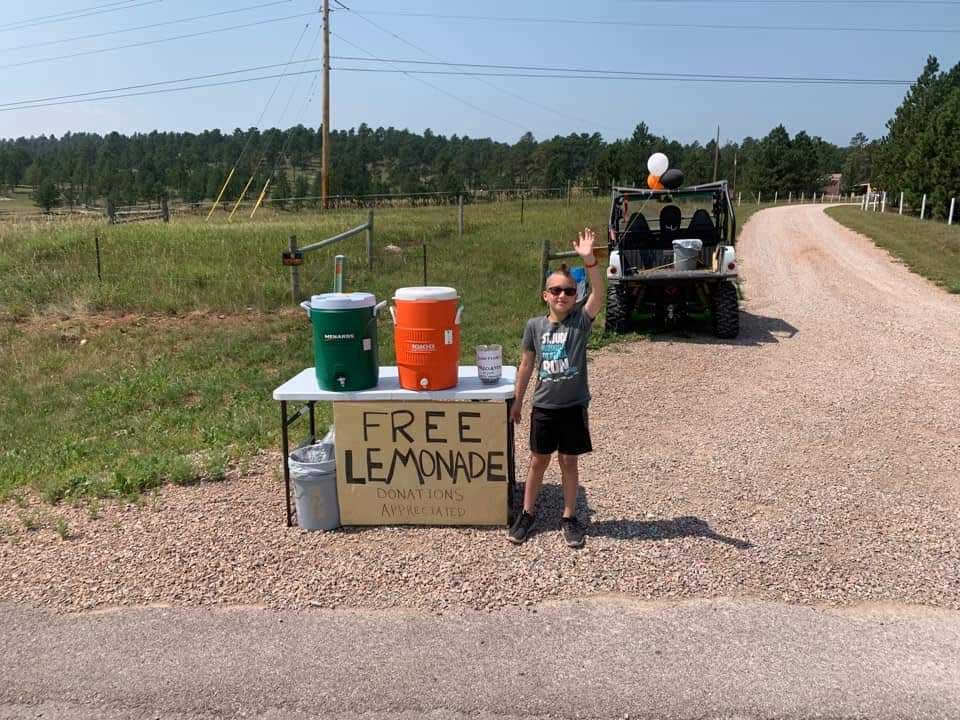 by Brie Stimson from https://www.foxnews.com

Young Wyatt Dennis says he’s saving half the money for college, donating some to a children’s hospital — and having some fun with the rest.

A motorcycle-loving 8-year-old’s roadside lemonade stand has become a popular attraction at the annual Sturgis Motorcycle Rally kicking off this weekend in South Dakota.

Wyatt Dennis opened the stand last year to earn a little money toward a Lego set he wanted, according to FOX 9 in Minneapolis. By the end of the day, he had earned the money plus $200 for St. Jude Children’s Hospital.

This year, Dennis’ entrepreneurial venture went viral after someone staying at a nearby campground posted about him on social media, allowing him to raise $4,500 for the children’s hospital so far.

Dennis doesn’t charge for the lemonade but donations are appreciated, according to FOX 9.

“If you are traveling between Rapid City and Sturgis on your bike, stop by the Tilford road exit!!” Derek Swain posted on Facebook last Monday. “There is a motorcycle loving little boy who is giving away free lemonade and water to any and every one. Please stop by and give him a huge thank you and show off your rides!!! The lemonade is DELICIOUS!!!! Also, tip the damn kid, it’s hot out, and he’s gonna need to start saving now for that Harley.”

After Swain found out Dennis was donating most of the money to the hospital and for his college, he added, “Get out there and support a kid doing some good in this world.”

Swain’s post had been shared more than 64,000 times by early Sunday.

The Sturgis rally will continue through next Sunday, Aug. 15.