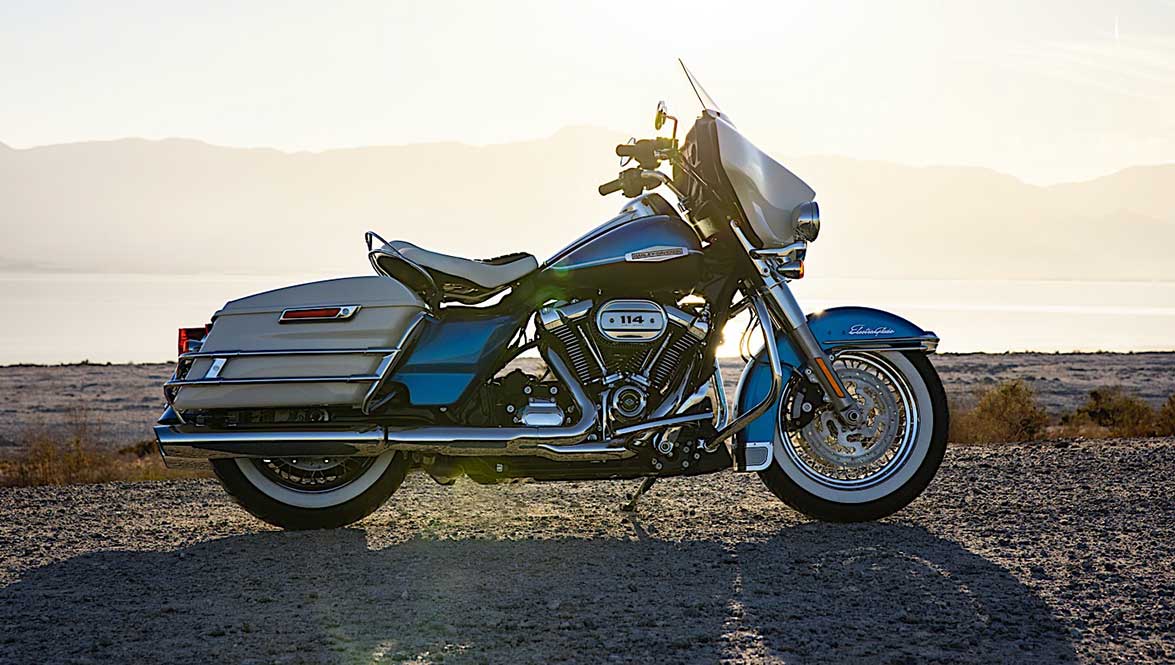 For a while now, we’ve gotten used to Harley-Davidson launching special editions of its models included in something called the Icons Collection. Each year, at most two models get included in the series with exclusive looks and equipment. For 2021, we have only one so far, and it’s the Electra Glide Revival.

For it to be included in the Icons Collection, the bike had to put on some special clothes, some that would make people reminisce about the 1969 Electra Glide, the “first Harley-Davidson motorcycle available with an accessory batwing fairing.” And for what it’s worth, it seems Harley nailed that look.

Sporting various colors on various pieces of hardware (Hi-Fi Blue and Black Denim on the fuel tank, Birch White here and there on the fenders and side panels), the motorcycle sure looks like it was transported through time from decades ago.

But it was not, of course, and proof of that are the mechanical bits that make this thing up. In the frame sits a modern Milwaukee-Eight 114 V-Twin engine rated at 118 lb-ft (160 Nm) of torque, there’s the 6-speed Cruise Drive transmission to control it, and a wide range of acronyms depicting the bike’s safety systems: ABS, ELB, TCS, HHC, and so on.

Back to this thing being part of the Icons Collection, its belonging to this breed is highlighted by a unique serial number, a certificate of authenticity, a period-inspired tank medallion, and Electra Glide script on the front fender.

Harley says it will be making no more than 1,500 units of this Electra Glide Revival and will sell each starting this week from $29,199. As with any motorcycle in the Icons Series, the 1,500 units are all there is to this machine, as “production of that model will never be resumed or repeated.”