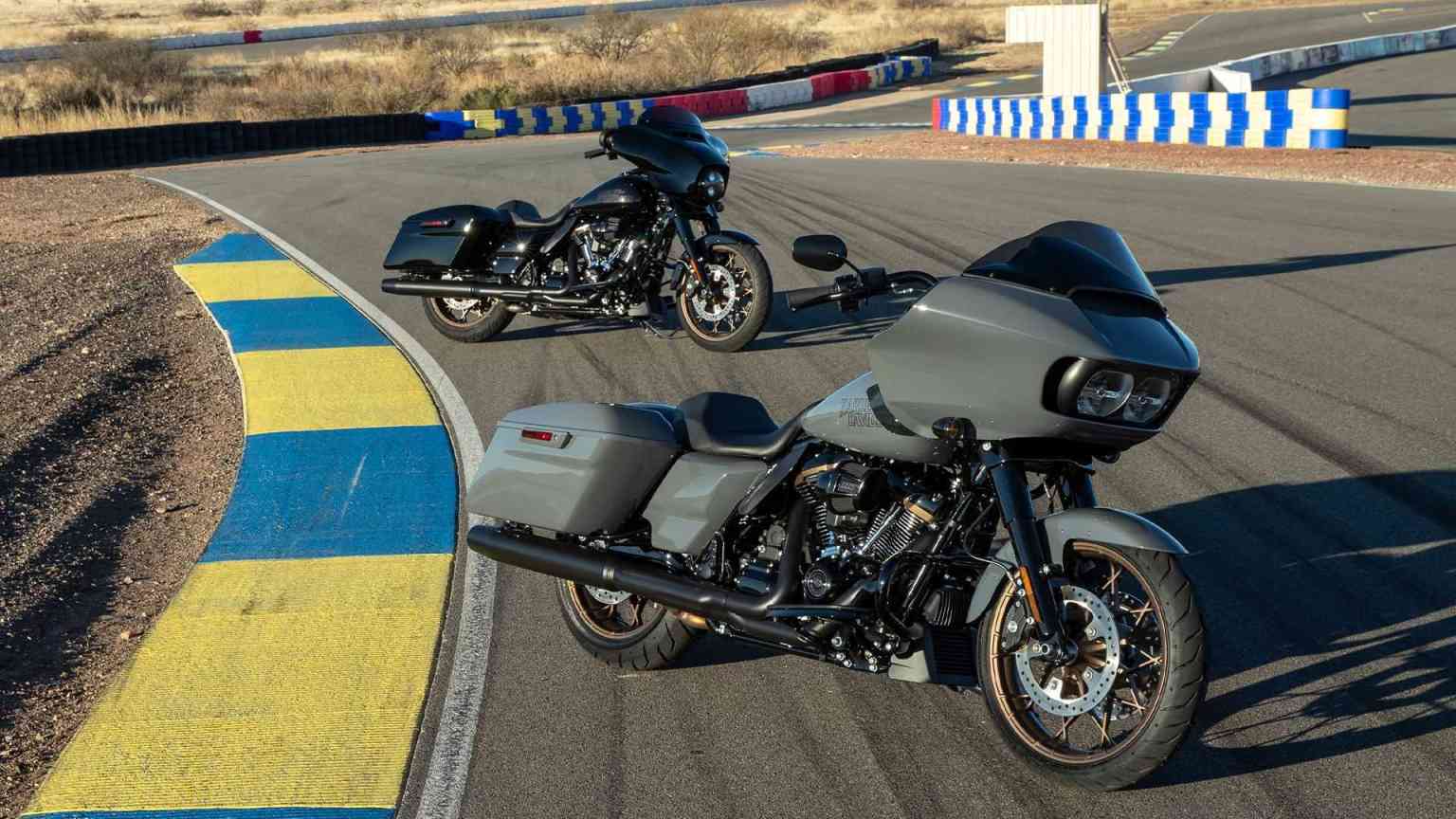 by Dustin Wheelen from https://www.rideapart.com/

Balancing the raceway and the roadway.

Automotive and motorcycle dealers popularized the term “Win on Sunday, Sell on Monday” in the 1960s. While both motorsport and vehicle sales tactics have evolved over the decades, most manufacturers still leverage on-track supremacy for showroom success—including Harley-Davidson.

From the hillclimb to the drag strip, from board tracking to flat tracking, racing has been in the Motor Company’s DNA since Walter Davidson won the 1908 Endurance and Reliability Run. However, Harley’s Post-War production lineup made the brand synonymous with cross-country tourers in the latter half of the 20th century. Despite the XR750 becoming the winningest motorcycle in AMA (American Motorcycle Association) history and the company’s countless NHRA drag racing titles, the FL Touring platform remains the Bar and Shield’s top seller.

When MotoAmerica introduced the King of the Baggers (KotB) Invitational in 2020, the one-off race merged Harley’s flagship tourers with its racing lineage. Unfortunately, the MoCo’s first outing fell short of the top step, but the Screamin’ Eagle Harley-Davidson team seized the 2021 KotB championship with Kyle Wyman in the saddle. H-D is wasting no time—or development dollar—following that title run, equipping the 2022 Street Glide ST and Road Glide ST with track-worthy components.

To test just how much race-bred technology has trickled down to its production models, the Motor Company invited us to Wilcox, Arizona to spin some laps around the inimitable Inde Motorsports Ranch. Harley certainly handled business on Sundays this previous season, and with the new ST range, it hopes to also dominate the competition on dealership floors.

Turning A Corner
With the U.S.’s interstate system crossing vast expanses of land, the Street Glide and Road Glide families prioritize comfort and convenience. Packing a six-gallon fuel tank, sub-27-inch seat heights, and a 64-inch wheelbase, the long-distance tourers allow travelers to munch miles to their heart’s content. On the other hand, track duty calls for a different set of attributes, and Harley outfits the ST models accordingly.

The design team lightens the load by trimming the front fender, adopting low-profile engine guards, and ditching the passenger pegs and seat. Harley developed the new saddle specifically for the ST tourers. That single-seat locks the rider in a more commanding position. The leather cover also allows users to smoothly slide across the saddle, easing side-to-side transitions through chicanes and back-to-back corners.

Gone are the Special trim’s stretched bags too. That decision may reduce luggage capacity from 2.7 cu-ft to 2.3 cu-ft, but it also supports the MoCo’s weight-cutting regiment. The efforts pay off as well, with the Road Glide ST saving 11 pounds at 842 pounds and the Street Glide ST coming in 13 pounds under its Special counterpart at 814 pounds.

To raise the ride height, H-D engineers exchanged the standard Street Glide and Road Glide rear shocks for units found on the Road King. The suspension swap bolsters rear wheel travel from 2.1 inches to 3 inches and stiffens the chassis for spirited direction changes. That nearly extra inch of travel may not increase maximum lean angle (31 degrees left, 32 degrees right), but it does modestly reduce trail to 6.7 inches.

What doesn’t show up on the spec sheet though is the confidence that the borrowed shock provides. In fast, sweeping bends, the STs feel planted and stable, encouraging riders to incrementally increase speed with each lap. Under acceleration, the shocks also accurately communicate grip, notifying the rider of the slightest slip of the rear wheel.

Both ST Glides retain the 49mm Dual Bending Valve Showa front end featured on all H-D Touring models, but the new rear suspension is a noticeable upgrade on the track. Performance-oriented customers will undoubtedly spring for the Screamin’ Eagle and Ohlins co-branded front and rear suspension upgrades in the long run, but the stock equipment does surprisingly well in the meantime. 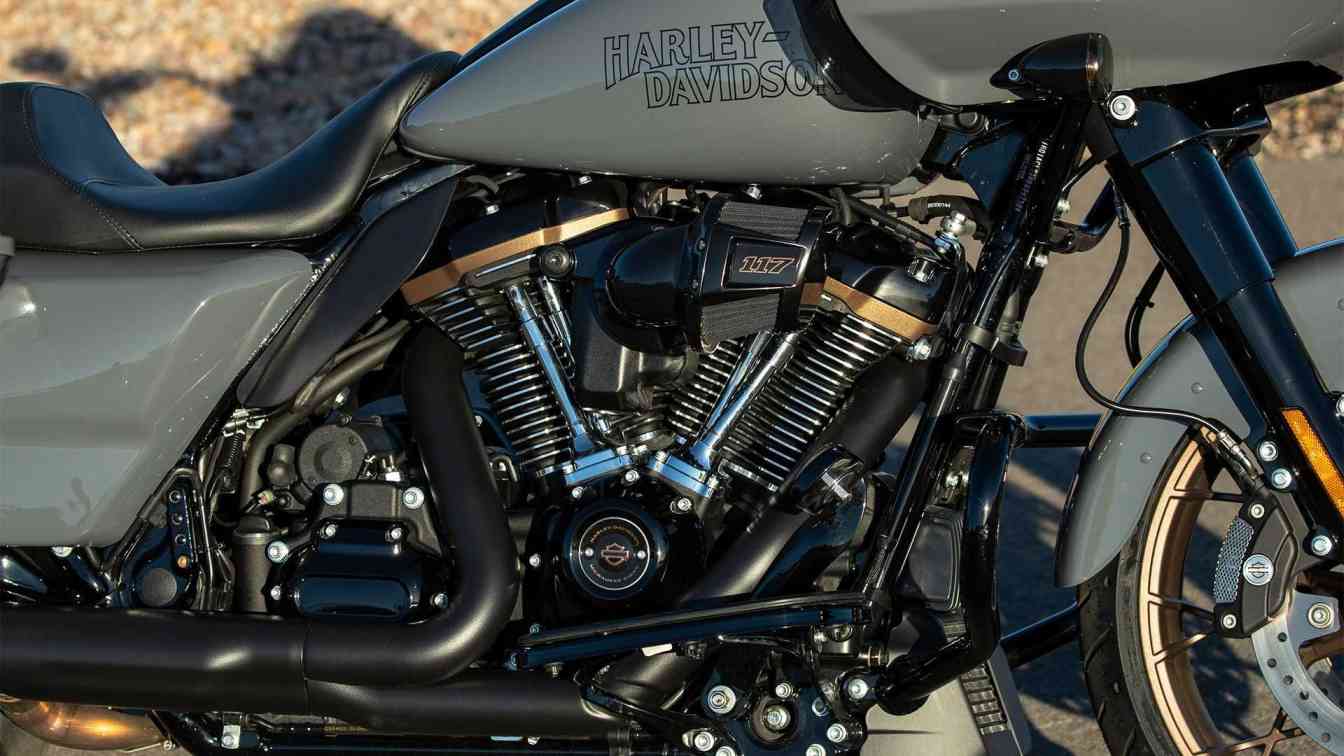 Mo’ Powah!
The Street Glide ST and Road Glide ST may not boast the massive 131ci (2,151cc) Milwaukee-Eight V-twin powering the firm’s 2022 KotB race steed, but the performance baggers join the new Low Rider ST as the only non-CVO models touting the company’s 117ci (1,923cc) engine. Thanks to the mill’s 10.2:1 compression ratio, camshafts, high-flow air intake, and exhaust, the V-twin pumps out 127 lb-ft of torque and 106 horsepower.

Those numbers may sound daunting on the spec sheet, but the STs’ fueling and linear powerband make big-bore V-twin surprisingly tractable. The powerplant still offers gobs of torque on demand, but the smooth roll-on makes most of that 127 lb-ft (at the crank) quite useable. Again, those pushing for performance can always bump displacement to 128ci (2,097cc) or 131 ci (2,151cc) with the Screamin’ Eagle catalog.

Following a morning spent nailing apexes on the track, we rolled the Street Glide ST and Road Glide ST onto the surrounding highways, testing the performance baggers’ touring prowess on the open road. The 117ci engine may soup up the STs to set new lap records, but the V-twin remains ultra-smooth at speed.

In sixth gear, the Milwaukee-Eight spins just over 2,500 rpm at 70 mph and just below 3,000 rpm at 75 mph. Minor vibrations only course through the floorboards at 3,500, and the bars faintly buzz at 4,500. However, with the air/oil-cooled V-twin’s 5,500-rpm redline, those negligible tremors never become troublesome over the long haul.

While that even-keeled nature may be perfect for road trips, it can become problematic under heavy acceleration, especially in the lower gears. Due to the smoothness, I frequently hit the rev limiter before realizing I was banging on the 5,500-rpm redline. With time and practice, owners will be able to bypass that issue, but it squandered drive and momentum more than a few times on the road and track.

Middle-of-the-Road
Most Harley bagger fans have a preference between the Street Glide and Road Glide models. Chalk it up to aesthetics, creature comforts, or fairing coverage, but Harlistas typically favor one FL over the other. While ST variants offer the same track-oriented upgrades, they still have a personality all their own. For that reason, the Street Glide ST performed best on the track while the Road Glide ST proved its merit on the interstate.

With its fork-mounted fairing, the Street Glide ST offers enhanced visibility on track, allowing riders to keep their eyes on lines, apexes, and corner exits. However, the Street Glide’s short windscreen introduces turbulent buffeting to the rider’s helmet on the highway. That’s a problem that Harley’s Parts & Accessories (P&A) catalog can easily remedy but it’s never an issue on the raceway, where pilots frequently duck behind the fairing on long straights.

Conversely, the Road Glide ST’s frame-mounting fairing stretches away from the rider, providing comprehensive wind protection. That attribute comes in handy while touring, but the broad fairing also obstructs visibility on the track. In addition to wind protection and visibility, weight will play a role on closed courses. The Street Glide ST may shed 13 pounds off the Special trim, but its 814-pound wet weight is nearly 30 pounds under the Road Glide ST’s 842-pound curb weight.

That’s no small difference on the circuit, where every advantage matters, but most owners will use the ST models for long-distance trips, weekend canyon rips, and the occasional track day. With premium features like a Boom! Box GTS system, 6.5 TFT display, and two 5.25-inch speakers, we highly doubt that owners will want to risk sending their $29,999 bagger into a gravel trap. Instead, the ST line functions as a great starter kit for those interested in starting a performance bagger build, not a dedicated race bike. 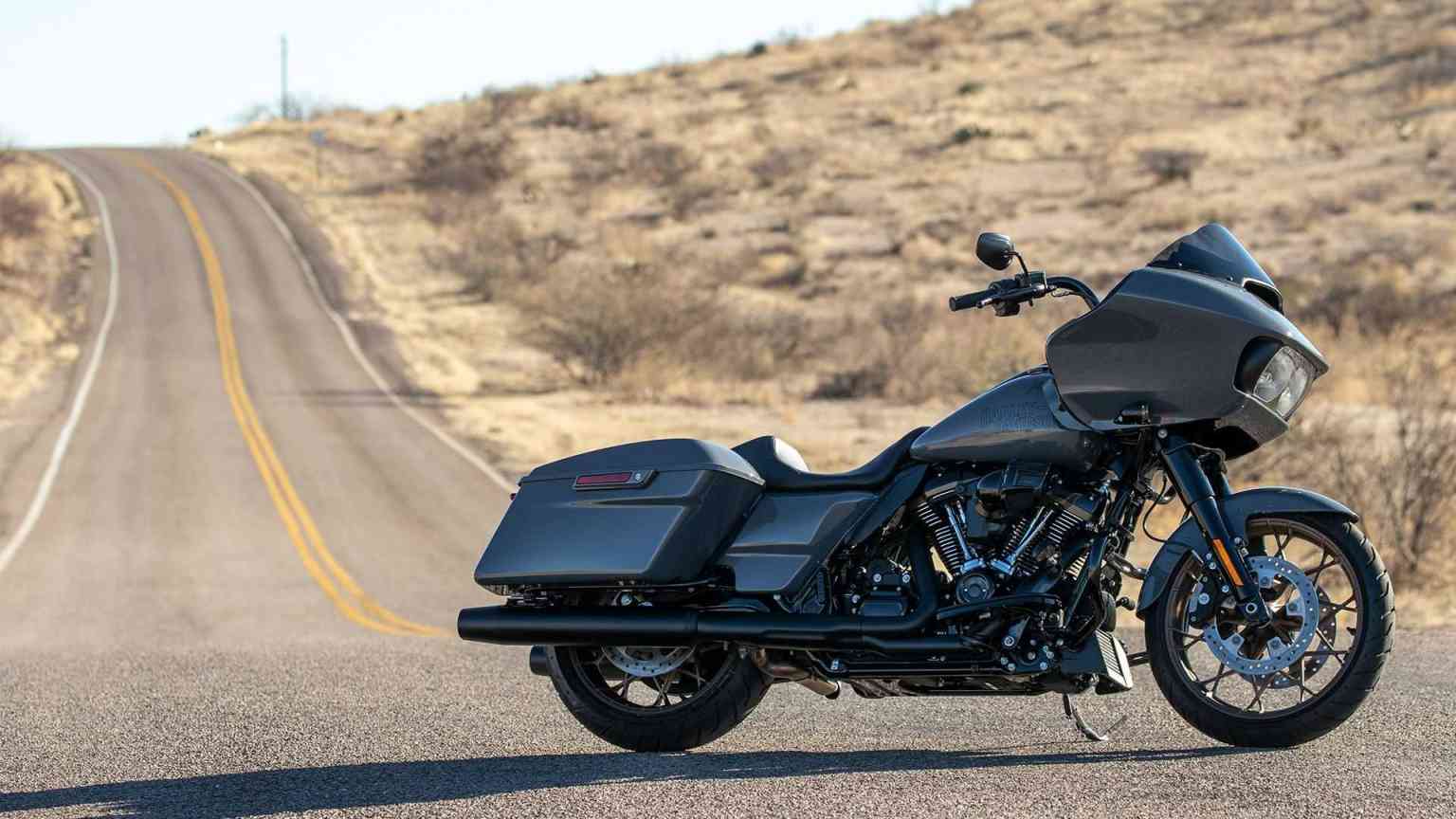 Conclusion
Ultimately, the Street Glide ST and Road Glide ST are balanced entries into the performance bagger genre that don’t sacrifice too much on-road practicality for on-track performance. Despite lacking touring-friendly features like heated grips and stretched bags, the STs allow owners to ride to the track in the morning, spin laps all day, and cruise back home at sunset.

While the Street Glide and Road Glide may dip their toe into the performance end of the pool with the ST range, bagger racing is still in its infancy. If the MoCo continues to win on Sunday and sell on Monday, we can expect even more performance-focused components from Harley’s P&A and Screamin’ Eagle arms. Brembo radial master cylinder, a quickshifter, and 17-inch wheels come to mind first, but we’ll have to wait and see what the Motor Company cooks up following the 2022 King of the Baggers season. 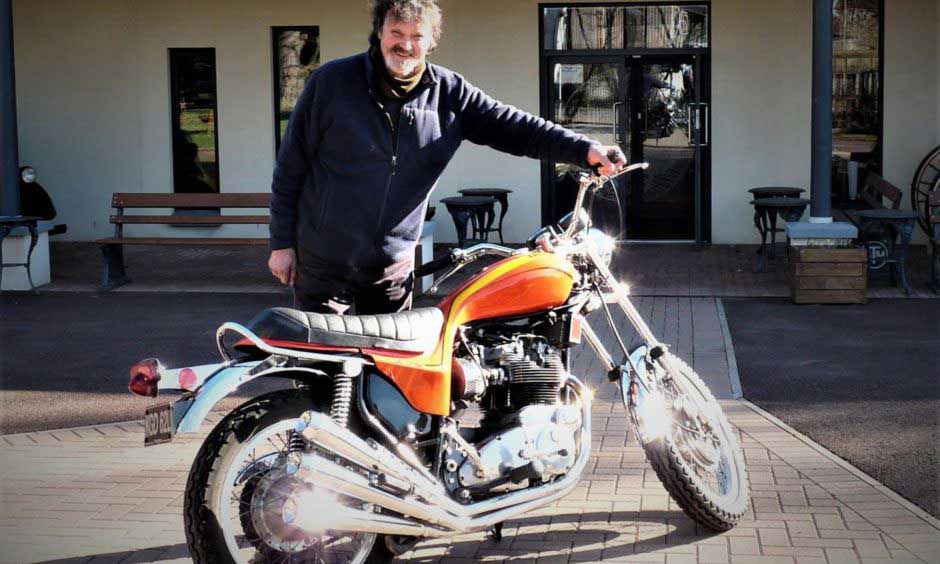 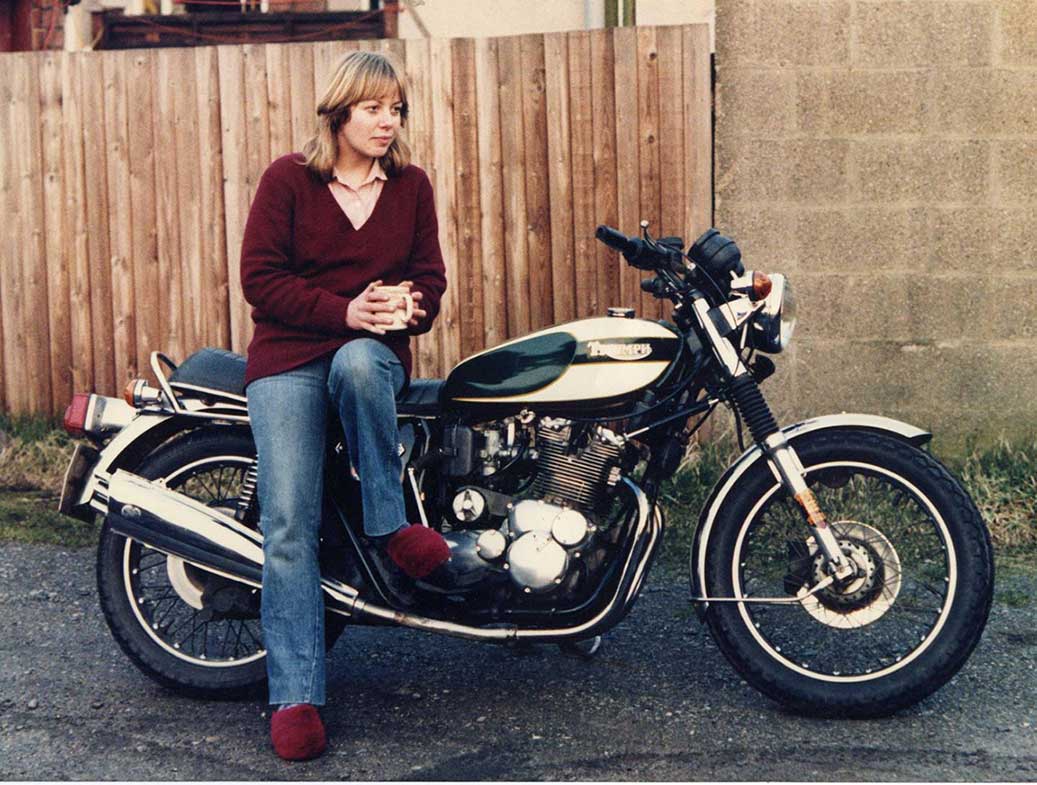