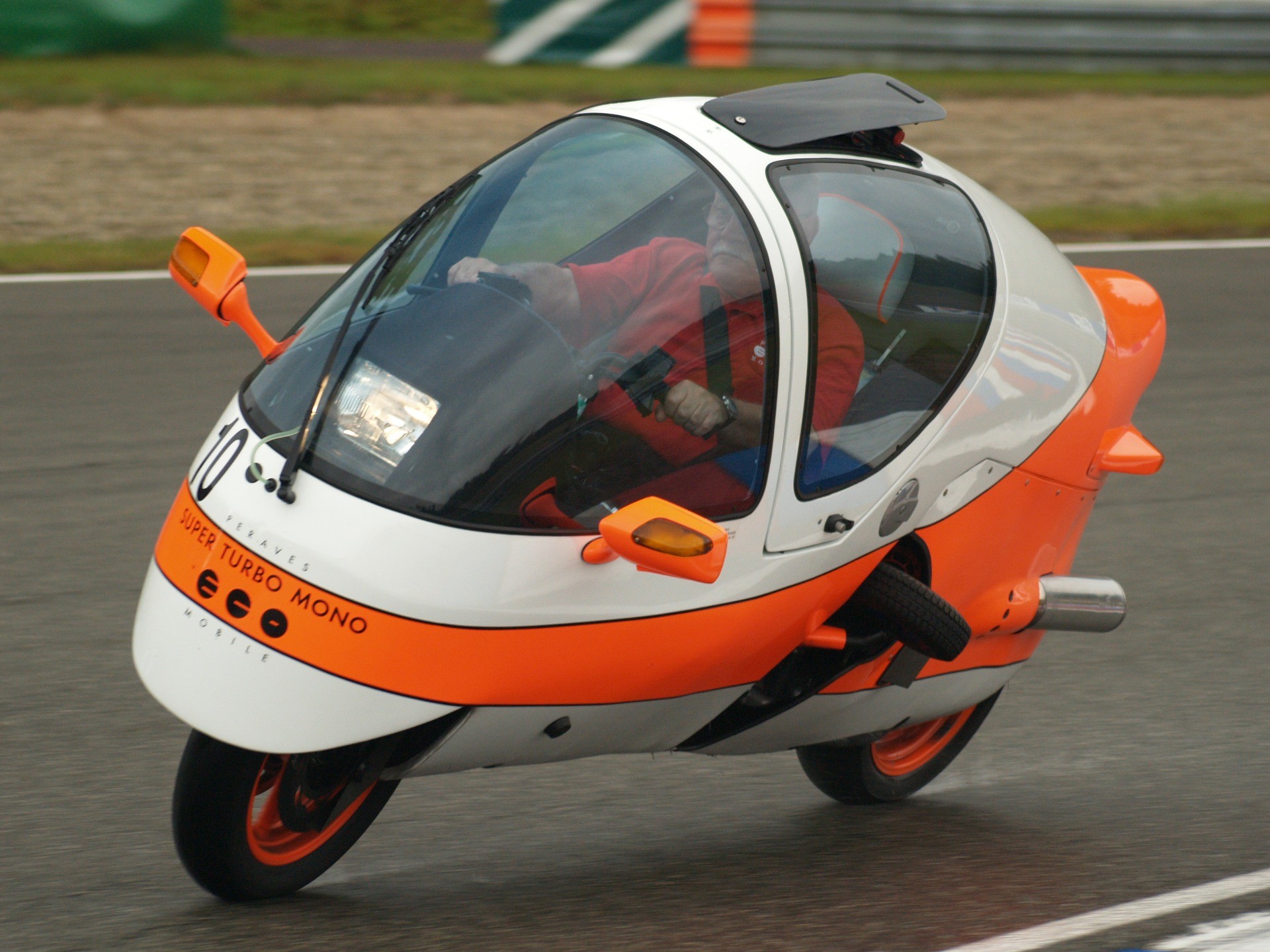 The idea of making something that would be halfway between a bicycle or motorcycle and a car is not new; after all, the advantages of such a vehicle would be many for a large segment of the market.

In the Czech Republic, inventor, fabricator and full-time pilot Arnold Wagner has been making one such vehicle since the late ‘80s. Since 2009, with a new partner, he launched the PERAVES CZ company, and they’ve been putting out these cabin-motorcycles dubbed MonoRacer since then.

They probably haven’t sold more than a couple of hundred of them (90 of which were made before the 2009 partnership), but that could change as early as this month. As it turns out, PERAVES CZ has made an electric version of the MonoRacer, called the MonoRacer 130E, and it is now in the process of receiving EU-certification.

The MonoRacer 130E is an electric motorcycle with a fully enclosed cabin, of the kind Lightning Motorcycles is also working on over in the U.S. It carries two passenger in tandem, and handles slower speeds and stops with help from two extendable outrigger wheels. So, instead of the rider having to stretch out and place his legs on the ground, which is now impossible because of the cabin, he simply presses the button and the wheels comes out. Another button immediately brings the wheels back up.

This e-bike boasts a top speed of 240 kph (150 mph) and a range of 400 km (248.5 miles), according to the company. In addition to having room for a second passenger, it also has a 120-liter (4.2-cubic-foot) baggage compartment. Driving it takes some learning, as Arnold explains in the first video available at the bottom of the page, but he is available for lessons.

Everything about the 130E is designed with top quality in mind. This isn’t just a fast and reliable two-wheeler with excellent torque, but actually a comfortable ride throughout. Owners get PERAVES AMG-leather seats, top of the line audio system and, as an extra option, remote controlled door. All of this makes the 130E “the valuablest tool for your future personal mobility.”

Safety is also important. To those who might feel like getting into a cabin-motorcycle on the highway amid heavy traffic would be comparable to having a death wish and carrying out, PERAVES CZ says they’ve gone to great lengths to ensure safety is a priority.

“In case of a car accident, you will never face a frontal collision,” reads a note on the website. “The cabin hardness and an egg shape in combination with multipoint safe belt guarantee your maximum safety.”

In other words, think outside the box – and this company will do the rest with this enclosed electric two-wheeler.

The stated mission on the company’s official website is to reinvent or redefine personal mobility, with an EV that’s fast, cheap to maintain and plenty of fun to drive. According to a recent report in Ride Apart, as soon as the e-bike gets EU certification, deliveries to Switzerland will kick off right away, which means they’ve been taking orders all along.

And now for the bad news. As awesome and convenient, not to mention eco-friendly, as this vehicle claims to be, there’s one very big obstacle to it becoming a popular solution for personal mobility: the price.

Simple math will tell you that, for this kind of money, you can get a 4-wheel EV and a bunch of electric two-wheelers of the widest variety. But in that case, you wouldn’t be riding in a very unique and striking EV.