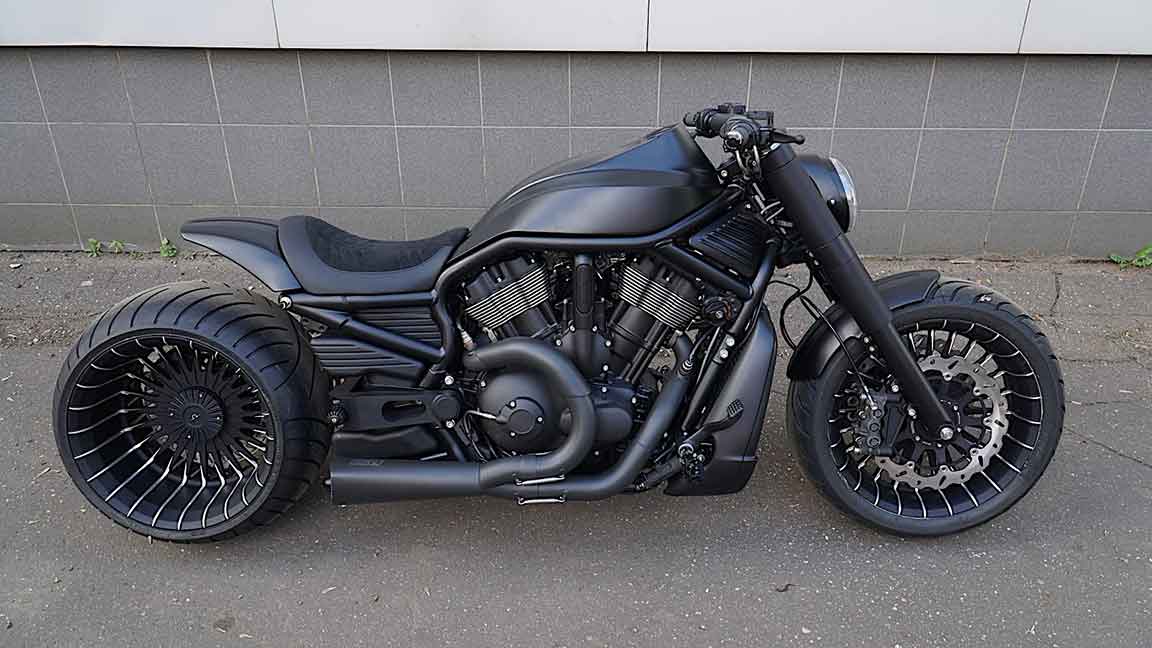 Unlike cars, which are a bit trickier to be brought to custom status, motorcycles may appear a bit easier to modify. After all, in the view of some, all one has to do is slap on some new, possibly bigger wheels on the thing, massage the fuel tank and exhaust system a bit, and there you have it, instant custom.

But the reality is much different and, just like with cars, most of the time a lot of work goes into coming up with just the right combination of elements to make a two-wheeler not only unique, but also capable of sending the right message across, whatever that message is.

Because Russians are a no-nonsense people, whatever comes out of the country must scream power and an unwillingness to compromise, and that’s exactly what this heavily modified 2012 V-Rod sends across.

The build, called Onik, is the work of a shop that goes by the name Box39, a group that specialized over the years in coming up with insane builds based on Harley-Davidson’s now defunct line of muscle motorcycles.

And they also specialize in making custom wheels, as the insane bits fitted on the Onik, just like the ones fielded by their other projects, are made in-house, and not sourced from a third-party garage.

Rather small in size for a custom V-Rod (we’re used with 20+ inchers, whereas these ones are 18 inches front and 17 inches rear), the wheels are on the extreme side of things, design-wise, and the rear one especially makes this American two-wheeler look particularly appealing.

SEE CUSTOM FEATURES ON THIS BIKE AT https://box39.ru/onik/

Described by the shop as being a Harley-Davidson V-Rod in brutal form, the Onik, which boasts a number of other changes meant to go with the rims, was put together back in 2020, but we have no info on what roads those insane wheels presently spin on. 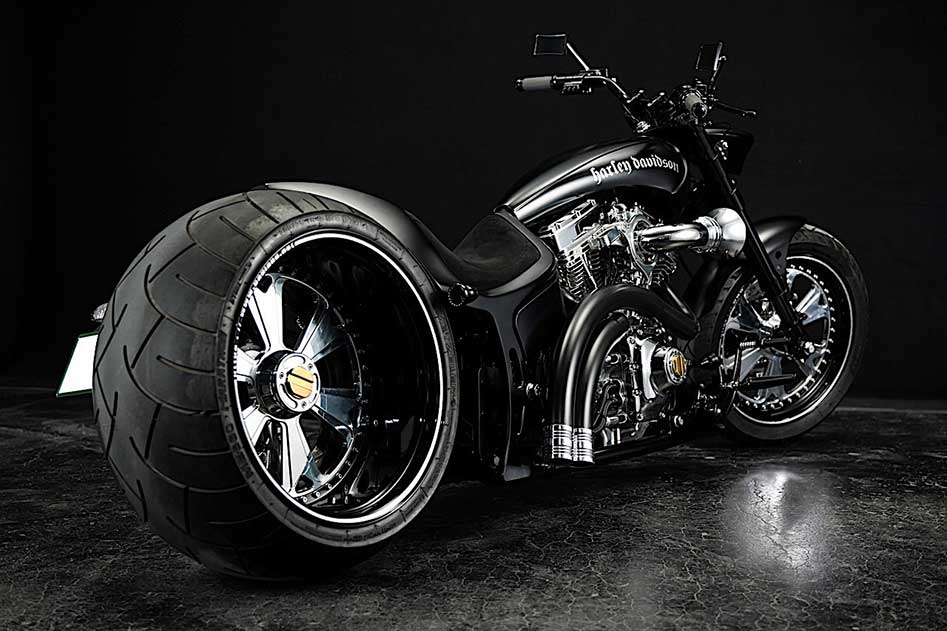 Dark, custom two-wheeled machines shot in dark settings. This is how a Japanese shop by the name of Bad Land likes to play the game, and most of the time it nails the effect it goes for.

Bad Land is one of those garages that don’t like to fool around when it comes to its own interpretation of two-wheelers. Specializing in reinterpreting Harley-Davidson creations, the shop has been over the years responsible for making possibly hundreds of unique projects, some of which we’ve already featured.

The transformed Harley you’re looking at now is called Ise Dragon, and it follows in the footsteps of all other Bad Land builds with cold, dark looks, a polished appearance, and custom parts at times so extreme it is hard to find anywhere else – the wheels, for instance, are of the shop’s own design and both sized 18 inches, but the rear one looks so deep it kind of makes one afraid not to get lost in it – check photos for details.

Of all the builds of the Japanese we’ve featured so far, this one probably has the most Bad Land-made bits. Aside from the wheels, which are shod in Metzeler tires, the Japanese shop contributed pretty much everything, from the triple tree to the rear fender

Only the forward control unit and grips come from Performance Machine, and Ken’s Factory contributed the mirror and LED turn light.

We are not being told if the twin-cam engine of the motorcycle was tampered with in any way, except for the addition of a custom exhaust system.

The motorcycle was first shown in early 2020, and we have no idea what happened to it since. The radical design does however worth its time under the spotlight, and this is why we brought it before you today. 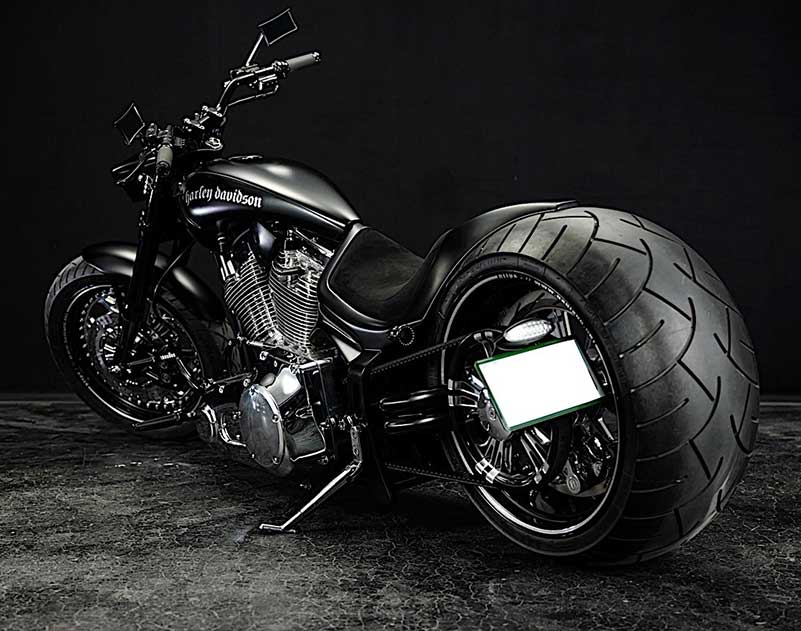 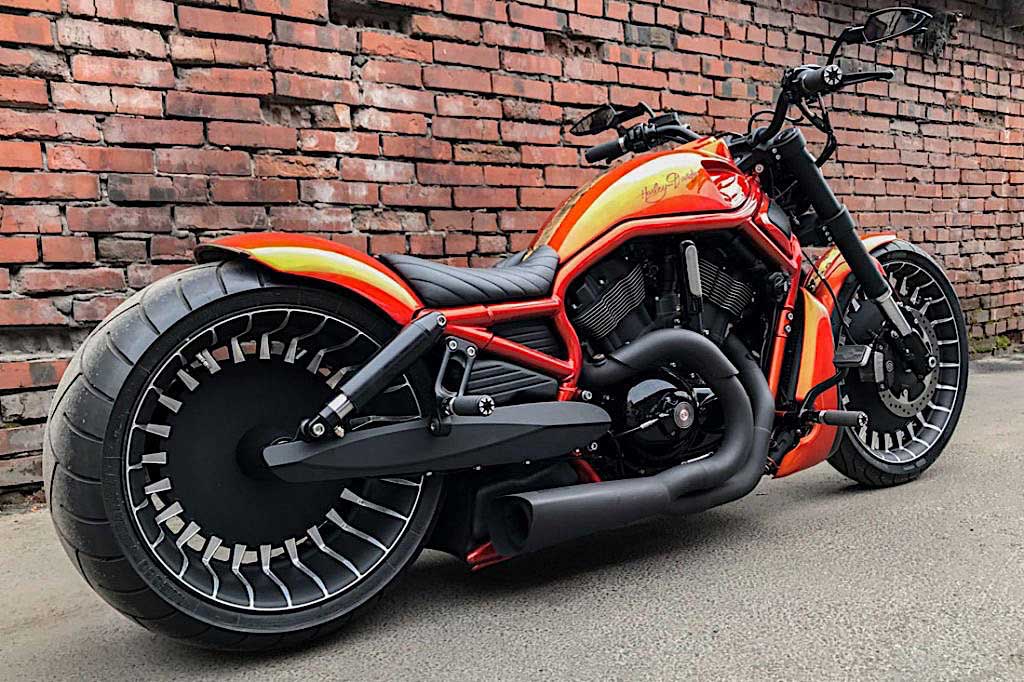 There was a time, not long ago, when Harley-Davidson wanted a piece of the muscle bike segment action, and gave birth to mighty V-twin racing street custom, or VRSC. The family was successful enough for a while, and Milwaukee made several versions of it, including the V-Rod, before discontinuing production.

The V-Rod would be the muscle Harley motorcycle that gave birth to the family and, after it died, became one of the favorite bikes to modify in the books of shops across the world. Europeans seem to have a special soft spot for the model, and some have dedicated entire lineups to this particular model.

Russia-based Box39 is one of those shops. Most recently, their passion for all things V-Rod comes down to the Giotto family of custom builds, but that passion had to start somewhere. Digging through their relatively short history (these guys have been around for about ten years), and through their past work, we’ve come across this here, unnamed and orange V-Rod that seems to one of their earlier such projects. 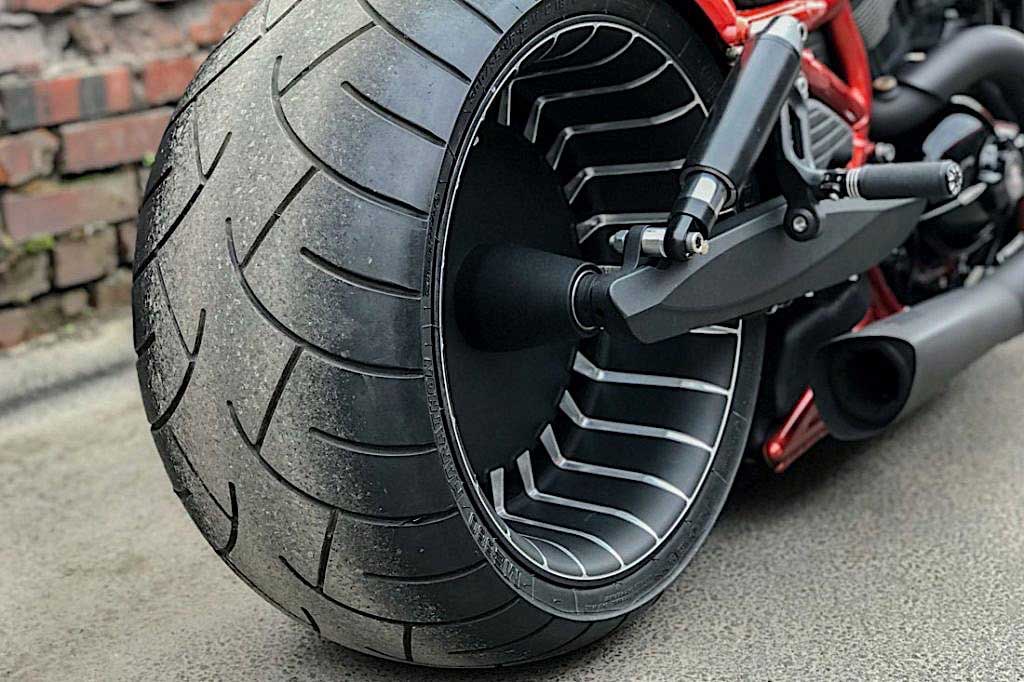 As far as custom builds are concerned, this particular one doesn’t really rock our world. We get the usual custom bits here and there, but other than that, nothing really catches the eye, not even the orange on the body, a color not unlike we’ve seen before. Until the said eye falls on the custom wheels on this thing.

Sized 21 inches front and 18 inches rear, the wheels, like many other fitted by Box39 on their builds, have been made to look this way in-house by the Russians themselves, with the shop bragging about being able to make unique such parts, “from the smallest to thirty-inch monster.“

And they kind of nailed it with these ones as, for what it’s worth, the wheels are what make this particular V-Rod noticeable in a world filled with similar builds.

Sadly, Box39 does not say how much a pair of such wheels cost to make.