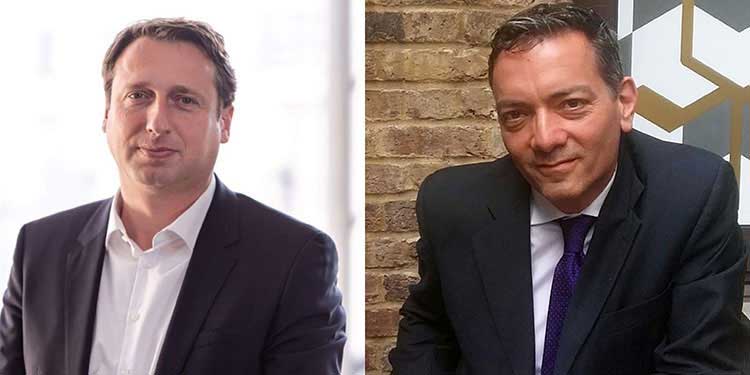 With TVS infusing multi-million-pound investments, the Solihull facility will be the most advanced and modern plant that Norton has operated out of in its 122-year-old history.

TVS Motor Company (TVS), owner of The Norton Motorcycle Co Ltd (Norton), today announced that Dr Robert Hentschel has been appointed as the Chief Executive Officer (CEO) and Vittorio Urciuoli as its Chief Technical Officer (CTO) of the historic Solihull-based motorcycle brand. Hentschel and Urciuoli will take up their new positions as John Russell steps down from his role as Interim CEO. Dr Robert Hentschel joins Norton from Valmet Automotive Holding GmbH & Co KG, where he has served as Managing Director since 2017.

Before that, he headed Ricardo Deutschland and Hentschel System and was also Director of Lotus Engineering. Vittorio Urciuoli’s former key roles within the global automotive industry include Director of URVI LTD, Head of Powertrain at Lotus Cars and Project Leader at Ferrari and Aprilia Racing.

TVS has created a plan for Norton to transform into the future. Along with the entire TVS team, I look forward to working together with them for the revitalisation of one of the world’s most storied brands. Under John’s tenure, with investment and support from TVS, Norton has returned to a firm footing and made marked improvements to engineering and product quality, which will be seen in the updated V4SS that will be launched soon. In addition, we have established a new, state-of-the-art global design, engineering, manufacturing and sales and marketing HQ in Solihull, Sudarshan Venu, Joint Managing Director of TVS Motors, said.

In January this year, Norton announced it would get back to work in full swing by March at its new facility at Solihull, Birmingham in the UK. The British manufacturer has moved its production base from its former headquarters at Donington Hall after its acquisition by TVS Motor Company in April last year.

With TVS infusing multi-million-pound investments, the Solihull facility will be the most advanced and modern plant that Norton has operated out of in its 122-year-old history. The production of the Commando Classic has also been resumed.

The V4SS will also be one of the first motorcycles to roll out as the company resumes operations. Limited to just 200 units, the V4SS boasts full carbon fibre bodywork contrasted by a bright finish on the frame and engine casing. It gets a single-sided swingarm and carbon fibre wheels. It is powered by a 1,200cc V4 engine that makes 200 bhp and 130 Nm of peak torque. Soon after the V4SS, the company is expected to unveil the updated V4RR as well.