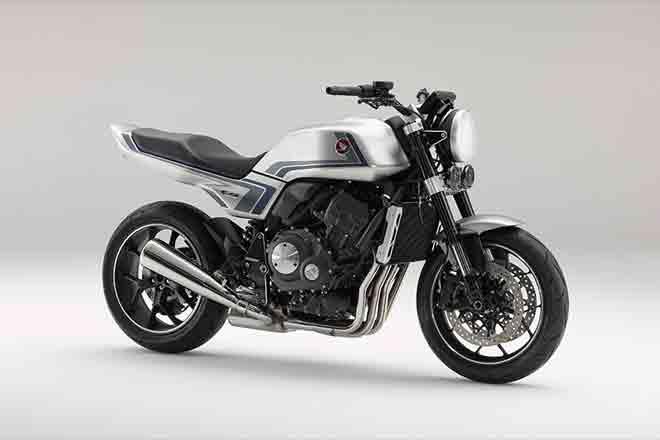 by Rahul Kapoor from https://www.financialexpress.com/

Due to the Coronavirus forcing the cancellation of the Osaka and Tokyo Motorcycle Shows, Honda has taken digital measures to showcase its new concept. Say hello to the Honda CB-F Concept retro-sports-naked motorcycle.

Honda was scheduled to premiere its all-new concepts and motorcycles at the 36th Osaka Motorcycle Show 2020 and the 47th Tokyo Motorcycle Show. However, as both events have now been cancelled due to the global epidemic of the coronavirus, Honda decided that they were having none of it and went on with the premiere of their biggest showcase of the event, digitally.

Honda has revealed its new concept motorcycle, the Honda CB-F Concept, a retro-styled sports naked motorcycle, a category that Honda likes to call “Neo-Retro Sports”. Honda has styled the concept to pay homage to the highly popular CB900F/CB750F models as a way to revisit the CB series’ six-decade-long history.

The concept is said to be powered by a 998cc, water-cooled, 4-valve, inline 4-cylinder DOHC engine is said to provide easy power through the rev range and ample torque. How much power and torque is something that Honda has decided to keep to themselves for the moment, although it is paired with a 6-speed transmission. But essentially, the underpinnings of the concept are similar to the CB1000R as the motor is the same 145hp unit that churns out 104Nm for the CB1000R. For suspension duties, Honda has employed inverted forks at the front and a mono-shock rear suspension with a single-sided swingarm which Honda is made from lightweight aluminium. The bike measures 2,120mm in length, 790mm in width, and 1,070mm in height.

Honda’s current global line-up consists of two high-capacity bikes in this segment. They include the CB1100 and the CB1300. The CB-F concept could spawn a replacement for the CB1000R making way for a new “Neo-Retro Sports” bike.

Honda had plans to showcase some more bikes at the now cancelled events. So it has now decided to host a “Honda Virtual Motorcycle Show” on its website where it is showcasing 29 motorcycles covering various categories including the CB-F Concept, all which were supposed to make their debut at the Osaka and Tokyo motorcycle shows.

Please give this your widest distribution possible as I think we all need to be aware of this information.

This information is so very useful and understandable in layman’s terms.