BMW’s i4 Electric Concept Comes With a Hans Zimmer Score 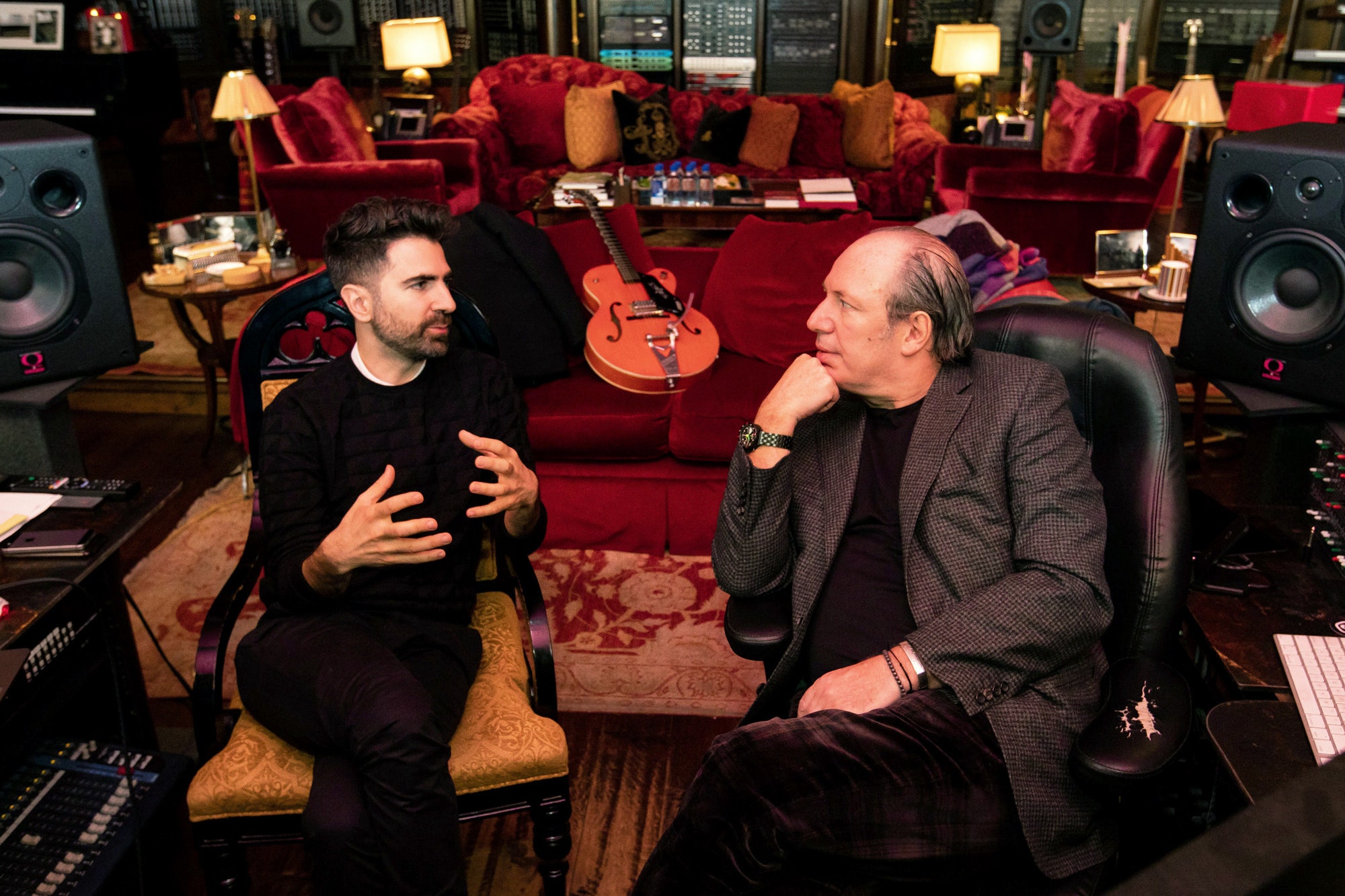 by Brett Berk from https://www.wired.com

To fill the aural vacuum left by the disappearance of the engine, BMW brought in a ringer.

Thelma & Louise. Rain Man. The Lion King. True Romance. Interstellar. Dunkirk. Each film works to take its viewers on an emotional journey, and each leans on a shared tool: a Hans Zimmer score that serves as a guide, signaling joy, grief, conflict, passion, and more in turn. Now, though, the Oscar-winning composer has turned his talents away from the silver screen and toward the windscreen, where he’s found a new vehicle that could use a touch of emotional direction: the electric car.

Along with more than 500 horsepower and a range of 370 miles, BMW’s all-electric Concept i4 comes with music by Zimmer. These mini scores, which BMW calls “sound worlds,” will ripple out their smoothly vibrant vibrato—think Lionel Hampton on the theremin—when the doors open, as the car starts up, and as the car drives along the road.

On the i4, a concept four-door coupe BMW unveiled earlier this month, the composition morphs slightly based the car’s current driving modes, whether “core,” “sport,” or “efficient.” Zimmer and his collaborator, BMW sound designer Renzo Vitale, call the i4’s soundtrack “Limen,” the word for the threshold below which a stimuli can’t be perceived. It’s all about connecting sound to an emotional experience, which in this case happens to be driving on battery power instead of watching Rafiki hoist Simba into the air.

“We are at a moment in time, with electric cars, when we get to change the whole sonic landscape of everything in a vehicle,” Zimmer says. “We can allow the interiors of cars to set moods and give people an experience, to let people devise their own experience, not be forced into the rumbling of a petrol engine anymore.”

Zimmer’s BMW sound worlds are in concept form now, but the company intends to roll them out over the next few years on more than two dozen electric vehicles. That will start with the production version of the i4, later in 2021.

The key here is that by replacing a rumbling engine with a silent battery and whirring motors, BMW and every other automaker are ditching the sonic experience that has been part of the automobile for more than a century. Car lovers may miss the angry sewing machine clack of a Porsche 911’s flat-six, the throaty grumble and whine of a supercharged Dodge Hemi V8, or the cranial wail of a Ferrari V-12. So might unsuspecting new EV buyers. Without the rumpus of an internal combustion engine, wind roar and tire slap sound all the louder. Zimmer and Vitale strive not just to mask those perturbances but to add delight and uplift to the driving experience.

“Think about your morning, where you have to go and start your car and go to your job,” Zimmer says. “Wouldn’t it be nice if the starting sound was something beautiful, something that put a smile on your face, something that makes your day better?”

The score does sound energizing and engaging, especially in the symphonically crescendoing “sport” mode. It definitely doesn’t sound “rumbling.” But it has some additional, and perhaps questionable, 1970s sci-fi movie overtones.

“There’s this idea that all battery electric cars should sound like a spaceship,” says Jonathan Price, senior research and development manager for Harman, a sound engineering firm that supplies the automotive industry with stereo systems, speakers, noise-cancellation equipment, and electric vehicle soundtracks–both internal and external. “Unfortunately, we don’t know what a spaceship sounds like, right? None of us have ever heard a spaceship before.”

Price is working with consumers as well as client automakers to create a relevant vocabulary for the sounds they will soon be adding to the interiors and—as regulation requires—exteriors of electric vehicles. Following recent research, his team came up with 40 different terms ranging from, as Price says, “something really progressive and futuristic—the pulsing, the whirring, the droning—all the way up to something more aggressive.”

The goal here is not just to update our terminology for car sounds, but to assist with their identification and branding. And there, Price’s work aligns with Zimmer’s. The composer’s parents always drove BMWs, and he could pick out the unique tone of their Bimmer from the balcony. “When I heard that sound,” he says, “everything was fine. Safety. Mom and Dad were home.”

Likewise, contemporary carmakers want to create soundtracks that will help people identify, and identify with, their vehicles. And because this sound is no longer tied to a physical source, like an engine, the potential choices are boundless. Which presents automakers with a new kind of quandary.

“Everybody wants to have something iconic,” Price says, pointing to how Harley Davidson attempted to patent the sound of its motorcycles’ exhaust note. So he wants his team to create the tones that will distinguish a Ford EV from a Hyundai EV. “These need to not only be very unique sounds, they need to be pleasing,” Price says. “Almost like a piece of jewelry that you wear and you hope other people envy.”

Maybe you’re wondering if all of this runs counter to one of the core promises of electric cars, the luxury of silence at speed. But Zimmer argues that for many, silence is unnerving, especially at speed. It can feel uncanny, unmoored from the physical processes that provide acceleration. When Zimmer scored Interstellar, he played on that feeling to convey the awe of rocket travel. The blastoff was the loudest moment of the film, and he blew out a few speaker systems before getting it right. But then the score goes silent. “That’s when everything was at astronomical speeds,” Zimmer says.

In any case, people aren’t seeking total silence. As automakers got better at isolating their customers from engine noise with better insulation, double-paned windows, and active noise cancellation, some customers complained. So manufacturers started piping engine noise into the cabin. BMW went further, playing artificial tunes through the stereo system. Some of this desire for sound at speed, or sound correlated to speed, may be out of habit, a generational quest for the familiar, the way that the keyboards on smart phones still make typing noises, or the cameras on smart phones still make shutter clicks. Zimmer thinks that this may vanish over time. “I think it’s sort of important to leave nostalgia behind,” he says.

Then he reconsiders. “As I said that, I suddenly remembered that every sci-fi movie we have ever seen is incredibly nostalgic.” He points to Blade Runner and Interstellar. Perhaps our dreams of the future are always enmeshed with our fantasies of the past. And our dream cars will always sound like the vehicles from our outmoded idea of the future, like something out of The Jetsons, because that’s what reassures us.