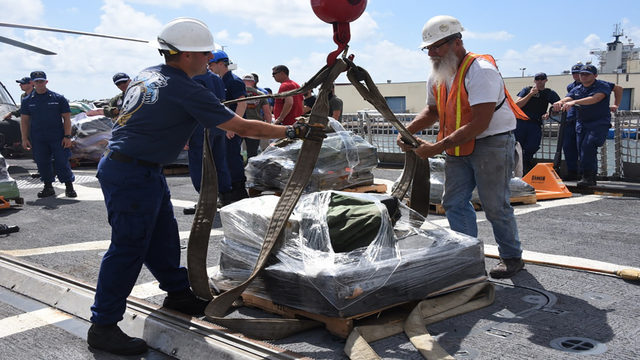 MIAMI (WFLA) – Approximately 14,000 pounds of marijuana and 3,600 pounds of cocaine were offloaded by the crew of the Coast Guard Cutter Bear on Thursday at Port Everglades.

According to the Coast Guard:

“I could not be prouder of this crew’s accomplishments, and of the entire interagency and allied team that continue to stand the watch in an effort to stem the efforts of smugglers that seek to destabilize the Western hemisphere while they line their pockets,” said Lt. Cmdr. Andrew Dennelly, Executive Officer of Coast Guard Cutter Bear.