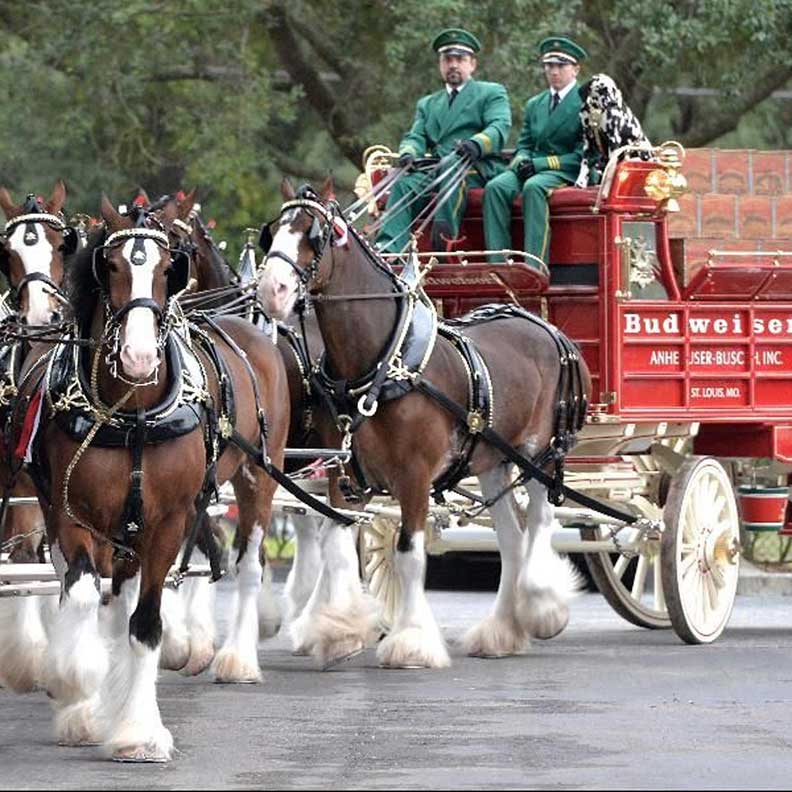 STURGIS, S.D. – The 81st Annual Sturgis Motorcycle Rally will officially open Friday with a parade that will be headlined by the world famous Budweiser Clydesdales.

The majestic horses are actually scheduled to make several appearances in the area during this year’s Rally.

On Friday, the Clydesdales will parade up Main Street to Harley Davidson Rally Point, where the opening ceremony will commence.

Sturgis City Manager Daniel Ainslie says the Clydesdales will also be part of the annual Mayor’s Ride, which is held Saturday, August 7 this year.

After the Mayor’s Ride, the Clydesdales will move to the Buffalo Chip on Sunday and then back to Rally Point on Tuesday, August 10th for Military Appreciation Day.

The Clydesdales’ appearance in Sturgis is one of hundreds made annually by the traveling hitches. Each hitch also travels with a Dalmation. In the early days of brewing, Dalmations were bred and trained to protect the horses and guard the wagon when the driver went inside to make deliveries.