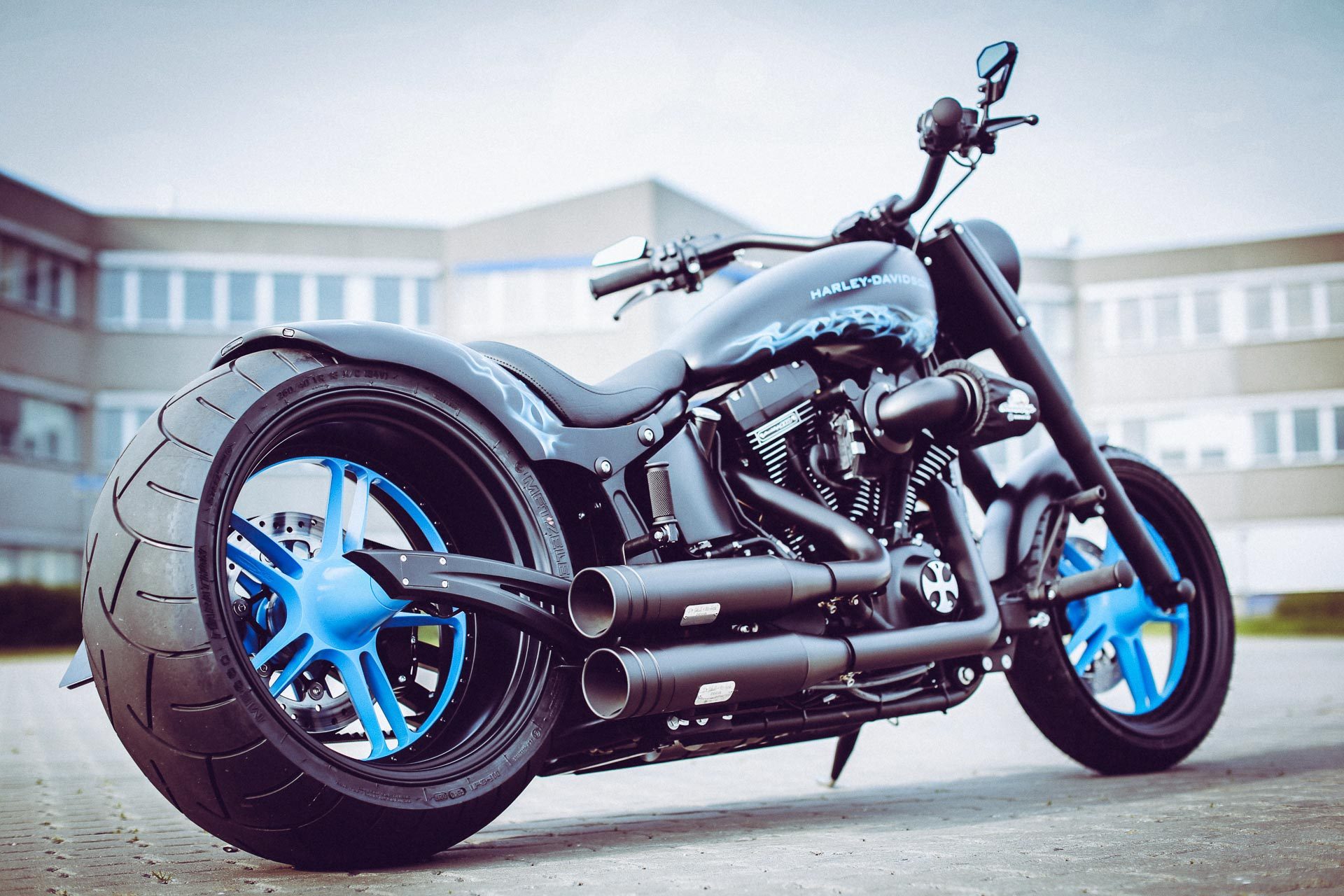 Harley-Davidson itself has a build-off competition dedicated to its international dealers with a budget cap of around $6,500. The bike maker has this rule because motorcycles can be customized for far less than one would spend on remaking a four-wheeled vehicle, and with incredible results.

Over the past eight weeks or so, either as part of our Harley-Davidson Month or Two-Wheeler Month coverages, we’ve talked aplenty about custom Harleys coming out of a German shop by the name of Thunderbike. Diverse as they are, these creations have in general one thing in common: they’re not that expensive to make, provided you already own the base motorcycle.

The one in the gallery above is different, though. What you’re looking at is a Fat Boy S (which you can get in stock form today for a little over $20,000) modified so heavily that it’s price has jumped by at least $15,000.

That’s the number we came up with after adding all the prices of the over 20 custom parts that have gone into making it. It does not include the man hours put into it, the incredible paint job, and some other parts Thunderbike probably failed to mention.

The build is called as per the Germans Blue Vegas, partly because of the unlikely color chosen for the wheels and the flames on the tank.

Leaving aside the fact that the custom parts (ranging from the wheels and fenders to the handlebar and tank) fit together perfectly, the paint job is one of the main reasons the motorcycle looks so great. It might seem risky business for the garage to go the blue way, but since this was probably made at the request of a customer, the risk was not really theirs.

In the end, the bet paid off, as this certainly is a unique motorcycle in the world of custom bikes.