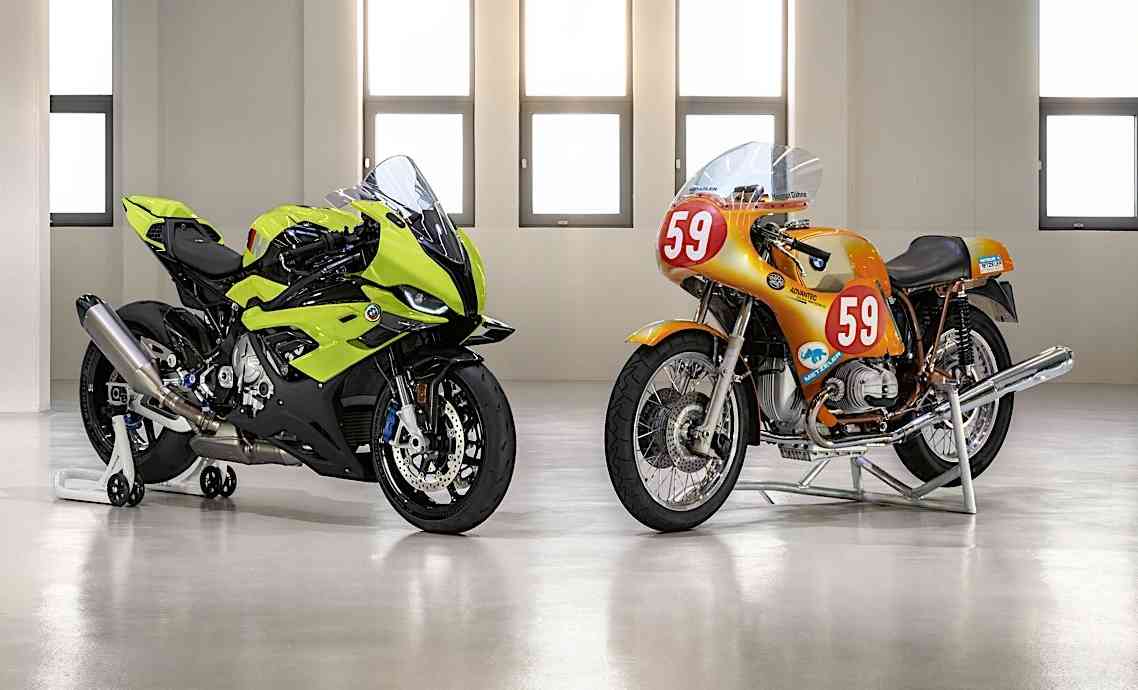 This year, the letter M takes the center stage in the automotive world.

German carmaker BMW is celebrating the 50th anniversary of its high-performance division, a half a century of history that started with the 3.0 CSL homologation special.

In the time that has passed since, BMW M’s reach has grown powerful enough to leave its mark on motorcycles as well. Just a couple of years ago, for instance, BMW’s Motorrad division got touched by the M hand, and the mighty M 1000 RR was born as the first-ever BMW M-developed superbike.

Already present in several competitions on various tracks around the world, the motorcycle also became this week the center of M celebrations, with the launch of the special M 1000 RR 50 Years. Not significantly modified from a mechanical standpoint from the regular models, this anniversary one makes use of the full complement of extras BMW M has on the table for motorcycles.

Wrapped in Sao Paulo Yellow, the model is fitted with the M Competition Package as standard, which comes with things like an M carbon package and M milled parts package. It also gets a lighter swingarm, now in silver anodised aluminum, the unlock code for the M GPS laptrigger, the M Endurance chain, and pillion package.

Otherwise, the 50 Years is your regular 1000 RR, if such a word can be used to describe it. It has a water-cooled four-cylinder in-line engine in its frame, developing 212 hp and 113 Nm of torque, M brakes under M carbon wheels, and five riding modes.

The model has been envisioned as a limited edition one and will be available for order only between Saturday, May 21, and November 30. Pricing details were not announced, and we’re also not informed if there’s a production cap on this.

Click Here to Join – it’s Free – you can unsubscribe anytime.

With its striking M colours, this anniversary model lives up to the M philosophy and the racing spirit from almost 100 years of motorcycle construction by BMW Motorrad and 50 years of BMW M vehicles. The M RR 50 Years M is therefore fitted with the M Competition Package as standard. In addition to the extensive M milled parts package and the exclusive M carbon package, both a lighter swingarm in silver anodised aluminium, the unlock code for the M GPS laptrigger as well as the M Endurance chain, pillion package and pillion seat cover are part of the standard equipment.

M – the most powerful letter in the world.

At the end of 2018, BMW Motorrad already introduced the successful BMW M automobile range strategy for motorcycles and has since been offering M special equipment and M Performance

Parts. The BMW M 1000 RR – known as the M RR for short – finally celebrated its world premiere in September 2020 as the first M model from BMW Motorrad based on the S 1000 RR.

Today, as in the past, BMW Motorrad follows the philosophy of the most powerful letter in the world: M is synonymous worldwide with racing success as well as the fascination of high-performance BMW models and is aimed at customers with particularly high demands for performance, exclusivity and individuality. Last but not least, the BMW M RR has also been the base bike for the BMW Motorrad World SBK Team since 2021, as well as many other racing teams around the world. 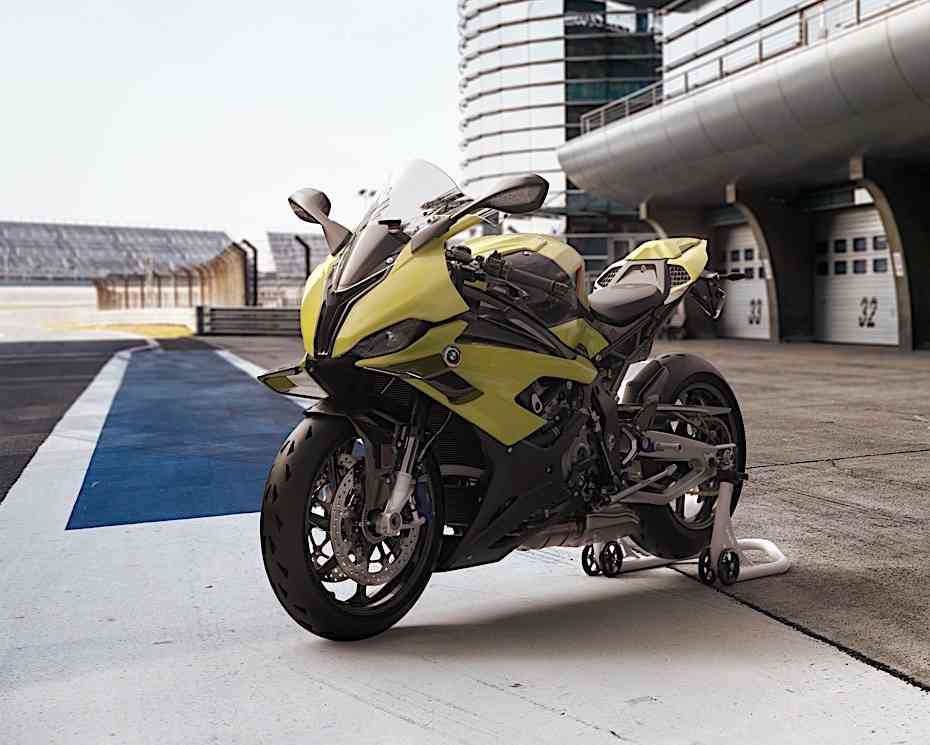 The BMW Motorsport GmbH was founded in 1972 with the idea of uniting all BMW motorsport activities under one roof and building up high-performance racing vehicles and racing engines for motorracing. The BMW 3.0 CSL (CSL = Coupe Sport Light Construction) made its debut as the first racing car of BMW Motorsport GmbH in 1973 and on the occasion of the foundation of BMW Motorsport GmbH, Robert A. Lutz, member of the Board of Management of BMW AG for Sales in 1972, stated at the time: “A company is like a human being. If it does sports, it stays fit, enthusiastic, more effective and powerful.”

The BMW 3.0 CSL made its debut in the European Touring Car Championship in the 1973 season, and with it a racing team’s uniform appearance in the three BMW Motorsport colours of blue, violet and red on a snow-white background that is still defining to this day. This colour scheme in the updated version Blue – Dark Blue – Red determines the appearance of the BMW M logo and the BMW M vehicles until today.

The legendary colour scheme can already be found on the first BMW M vehicles developed for the road in the second half of the 1970s and also characterises the racing vehicles to come and their motorsport successes. For example, in 1978 the M1 super sports car and from 1980 onwards the Formula 1 racing cars with which Nelson Piquet won the Formula 1 World Championship in 1983.

From the Isle of Man to Dakar – BMW Motorrad and motorsport.

But it is not only since 1972, and not only in BMW automobiles, that the BMW brand has been driven to win. Outstanding racing successes and innovations also stem from motorsport. Even in the first decades of the company’s history, BMW and motorsport were linked with unforgotten names such as Ernst Jakob Henne and Georg “Schorsch” Meier. The legendary victory of “Schorsch” Meier with his supercharged BMW in the 1939 Senior Tourist Trophy on the Isle of Man is unforgotten.

75 years after “Schorsch” Meier’s success in the Senior TT, Michael Dunlop succeeds again in 2014 on the BMW S 1000 RR. And in the years that followed, the RR left its unmistakable mark on the Tourist Trophy with further victories.

But the BMW M colours are also represented on BMW motorcycles off the beaten track. For example, on the BMW GS factory bikes with which Hubert Auriol and Gaston Rahier dominated the Paris-Dakar Rally in the early 1980s.

Like no other BMW motorcycle to date, the M RR 50 Years M model carries this historic motorsport DNA within it. This exceptional motorcycle can only be ordered between 21 May and 30 November 2022.