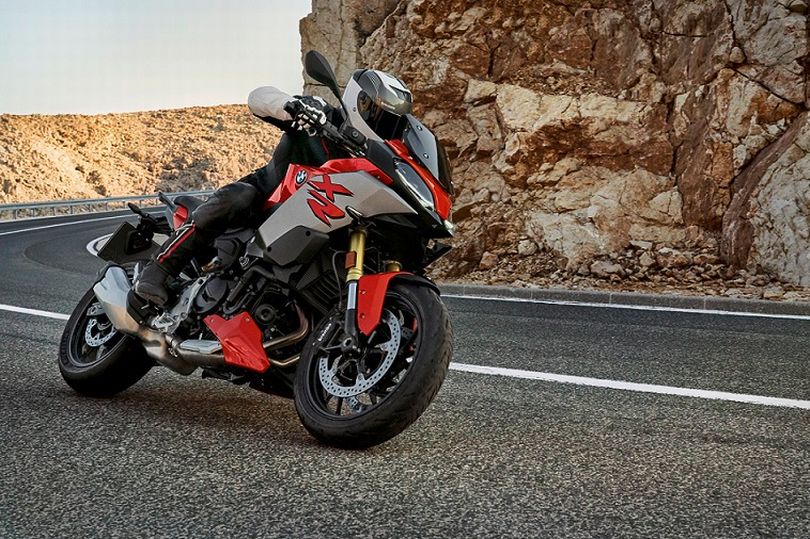 Same engine, frame and brakes as the F900R, but a very different bike

Small changes can make a huge different to a machine and the adventure version of this middleweight Beemer proves it by being much better than the naked roadster version, says Geoff

And before you think I’ve come over all Zen and am sitting on the stone floor of a hut halfway up Mount Fuji contemplating my hara and coming up with koan riddles, I mean that even small changes to a motorbike can alter its character completely.

This can be a good thing, such as when Triumph moved the bars back on the Rocket III, and the pegs back and down very slightly, to create the Roadster.

It was only a matter of an inch or two, but it made for a much sportier ride.

It can also be a bad thing, like when Ducati moved the footpegs forward on the Diavel to create the XDiavel, effectively emasculating a brilliantly macho machine.

Which leads me, naturally, to the BMW F900 XR. I’d just got off its stablemate the F900 R, which was good but not memorable, and although the XR has the same engine, frame and brakes, it feels like a completely different bike.

Whereas the F900 R is a naked roadster, the XR is an adventure tourer and it feels like it from the moment you sit on it, with wider bars, and a more upright and neutral position, which not only means all-day riding comfort, but better visibility all round, including a better view in the mirrors.

The TFT screen is the same simple but effective model as on the R.

Riding off, it feels right from the start, with perfect low speed balance which on the road translates into sweet and neutral handling, with less of a nudge needed on those wide bars to get it tilting into corners with aplomb than on the R version.

Whereas I’d ridden the top-of-the-range SE version of the R, with quickshifter and four riding modes – Rain, Road, Dynamic and Dynamic Pro – this was the base model of the XR, leaving me with the unbearable hardship of using the clutch to snick through the slick six-speed gearbox.

It also had only two riding modes, Rain and Road, and after a good seven seconds of Rain, I got bored and switched to Road, which changed progress to sporty without being too aggressive, with a nicely linear power delivery for effortless cruising, but a satisfying rush at the top end of the power band for some happy hustling through some twisties.

If you want even more excitement, go for the top-of-the-range TE model, with Dynamic and Dynamic Pro riding modes, and semi-active Electronic Suspension Adjustment which, at the touch of a button, changes the suspension from plush Road mode to more sporty Dynamic.

The heated grips are just as good as on the R, to the extent that even on a freezing day I had to turn them down from 3 to 2, and with a bigger tank than the R, the range is about 200 miles compared to the 130 or so of the R.

There’s also an A2-compliant version for newbies who want a big bike but are limited to 47bhp.

So although it’s over a grand more than the R, for me, it’s no contest. The XR is a much more enjoyable machine.