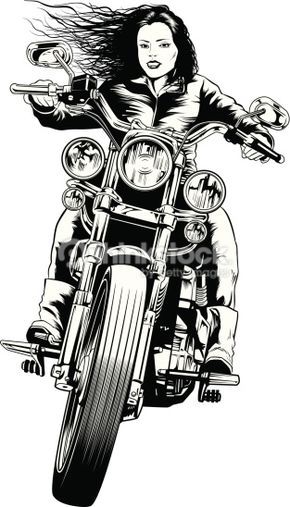 by Madeleine Hagen from https://www.yaktrinews.com

Forty-eight states in 10 days, from Kittery, Maine to Kennewick, Washington was the adventure 28 women took to honor a motorcycle legend.

“I didn’t know anyway to come out to Washington to put an event on so we came up with the 48 in 10,” Tameka Singleton of Bessie’s Belles said.

The group of ladies is from all over the United States.

They met up in Maine in early July to start their ride in honor of Bessie Stringfield.

“She kind of gives us an inspiration and we use that everyday you know just ride motorcycles,” Singleton said.

In the mid-1900’s, Bessie was a female motorcycle pioneer. She was the first African-American woman to ride the continuous United States all by herself.

She eventually founded a motorcycle club, became president and was inducted into the American Motorcycle Hall of Fame.

Tameka Singleton said Bessie is the reason they completed the cross country journey.

“The logistics are crazy, being resourceful. These ladies have made this ride what it is,” she said.

The ride started on July 5th, Tameka said they covered 15 states and hundreds of miles in the first day.

On their journey, they had to get proof that they stopped in all 48 states. So, they would stop quickly, get gas and carry on.

“Texarkana is in Texas and Arkansas – so it counts,” Tameka laughed.

The women rode with minimal sleep.

“Two to four hours of rest a night,” she said.

As they reached the west, the ladies dealt with extreme conditions.

“Now we have to go through that desert, and we have to go across New Mexico and it was hot, and that’s when somebody turned hell on,” Tameka said by the time they reached Idaho, the historic heatwave had started.

Eventually they ended their journey in Kennewick, beating their goal of 10 days.

“48 in eight, all women, what more can you say? Just watching my sisters like, they were having hard times but they never stopped and that is really the biggest reward to see people standing in this state that probably never would have been here otherwise, and for that Bessie Stringfield has really inspired all of us,” Tameka said.

The ladies spent their Tuesday at the Harley Davidson in Kennewick, to get their bikes serviced and tuned up before hitting the road again. Tameka said next up is a ride to Miami, Florida.