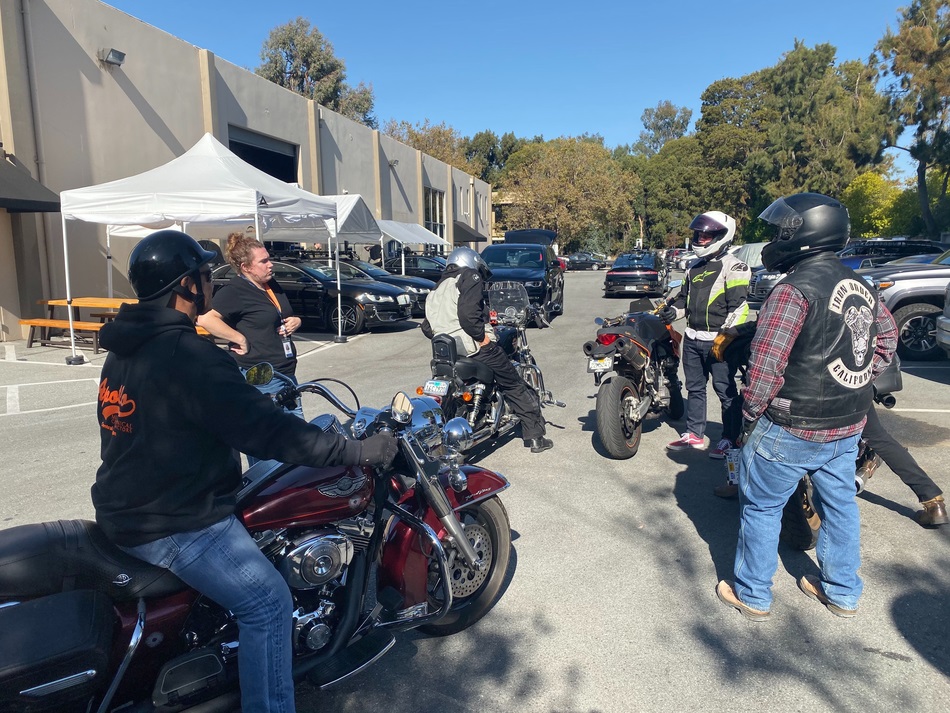 by Sasha Lekach from https://mashable.com

The San Francisco chapter of the Iron Order Motorcycle Club doesn’t usually concern itself much with self-driving cars, but autonomous vehicle company Aurora recently spent the day driving around with the club’s bikers.

Aurora, the company co-founded by former Tesla Autopilot head Sterling Anderson, is developing an autonomous driving system it calls Aurora Driver. That system, like all self-driving programs, needs practice on the road, whether that’s in autonomous mode logging real-world miles on public roads, in a computer simulation, or being manually driven. Its perception system is taking in everything around it: pedestrians, bicycles, other cars, trucks, delivery vans, e-scooters, errant shopping carts, construction crews, and, yes, motorcycles. That data is used to predict and react to future scenarios on the road.

Motorcycle sightings aren’t rare, but to make sure the machines were more familiar and comfortable around this specific vehicle Aurora needed to devote a machine-learning day to this one vehicle type.

So the perception team gathered a group of six motorcyclists to simply drive around the Aurora vehicles. (Aurora isn’t developing the actual cars, but the tech that will work in a car to make it drive autonomously). The cars were in manual mode for the motorcycle testing since it just needed to collect the data. The motorcycle cycle club brought some volunteers and even some Aurora employees and one employee’s dad came out to ride the motorcycles.

Being a tech company, Motorcycle Learning Day (that’s what I’ve dubbed the special motorcycle event) wasn’t a free-for-all with revving and vrooming around. The data team wanted to collect specific information from a variety of scenarios that autonomous cars are likely to encounter in the real world.

Motorcycles are quick and nimble, so the autonomous vehicle experienced different scenarios where the motorcycle approached in different ways (from behind, oncoming, in front) at different speeds. The cars also practiced stopping with a motorcycle in front, since that’s a different experience than with a sedan or other cars.

For the motorcycle aficionados with strong allegiances to certain brands, the best part was testing out on different types of motorcycles: an Indian Motorcycle, four Harley-Davidsons, a KTM sports dirt bike, and a Yamaha cruiser bike all rode around the autonomous cars. The best autonomous vehicles will know their Harleys from their Yamahas.

Motorcycle Learning Day wasn’t a one-and-done deal — the self-driving cars are never done learning, but this was like a mega-study session. Now the system has a robust data set about motorcycles and anything that looks and acts like a motorcycle on the road.