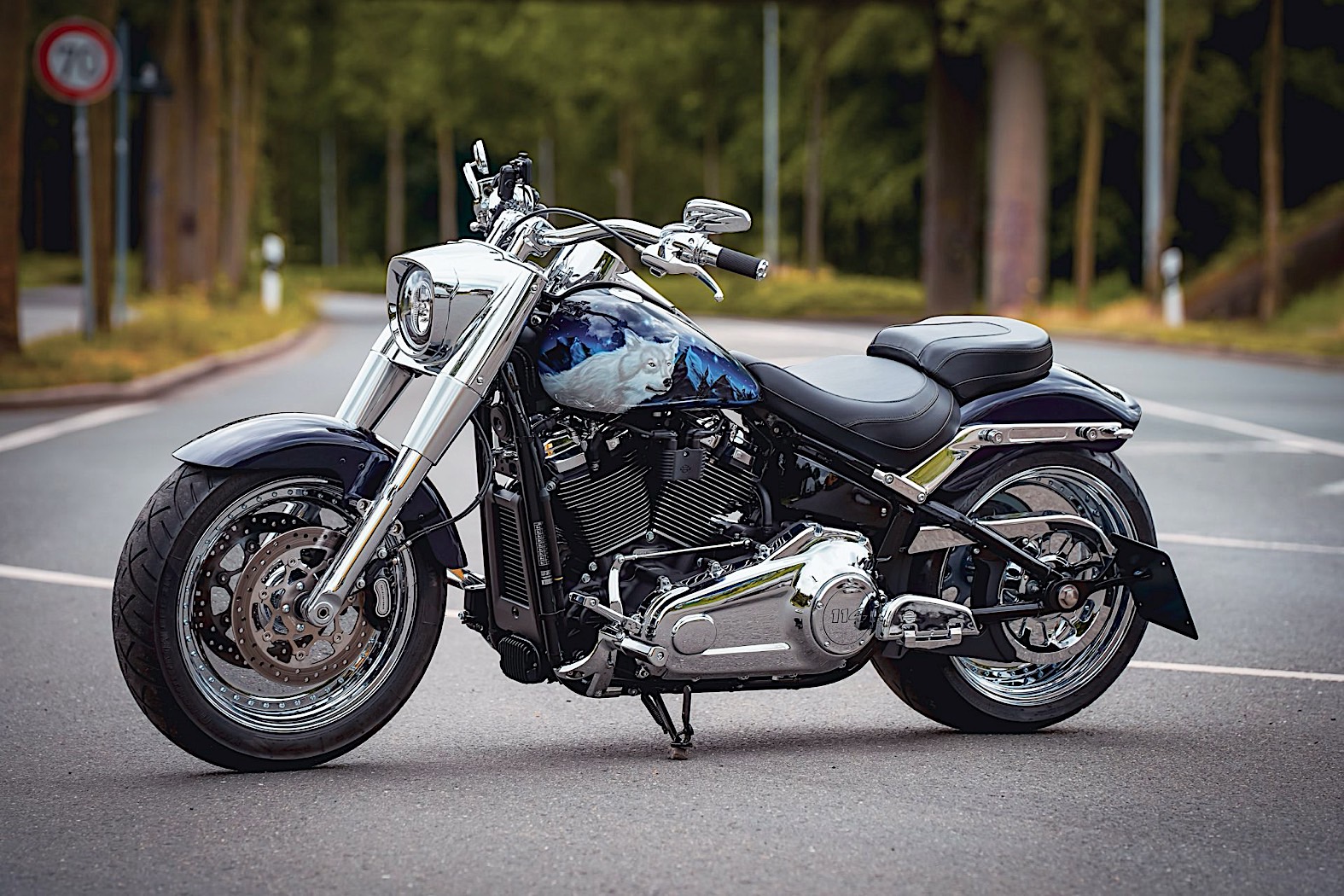 From scenes from the Terminator to a replicated photo of a loved one, there was almost nothing people didn’t airbrush on the hoods (and other parts) of their cars. Not long ago, car customizers (and to a lesser extent those in the business of remaking motorcycles) went through what may very well be perceived as an airbrush age.

That age ended a number of years back, as people moved on to better things, and has been replaced by other gimmicks. Carbon fiber, for instance, is now used extensively, and often times even extremely creatively.

But airbrushed parts still have an appeal to them. Just take a look at the wolf painted on the fuel tank of the Harley-Davidson Fat Boy we have in the gallery above.

The bike is a custom work of German garage Thunderbike, and because of the fuel tank it got the name Fat Wolf. We are not being told who the artist behind the design is, but we can clearly see the results of the work: a two-sided story, with a white wolf looking away from the tank on one side, and howling at the Moon as wolves usually do on the other.

Because this is a Thunderbike build, the airbrush on the tank is not the single element that sets this Fat Boy apart from the rest of the pack. A long list of custom parts were added (from the handlebar to the footpegs), and most of the two-wheeler’s components were either wrapped in chrome or made from polished aluminum.

The most important addition to the motorcycle, mechanically speaking, is the linking of a special Dr. Jekill & Mr. Hyde exhaust system to the Milwaukee-Eight 114. This modification should make the Wolf’s voice stand out even more.

Not including the exhaust and the paint job on the tank, the other modifications cost around 4,000 euros, which is about $4,700 at today’s exchange rates.