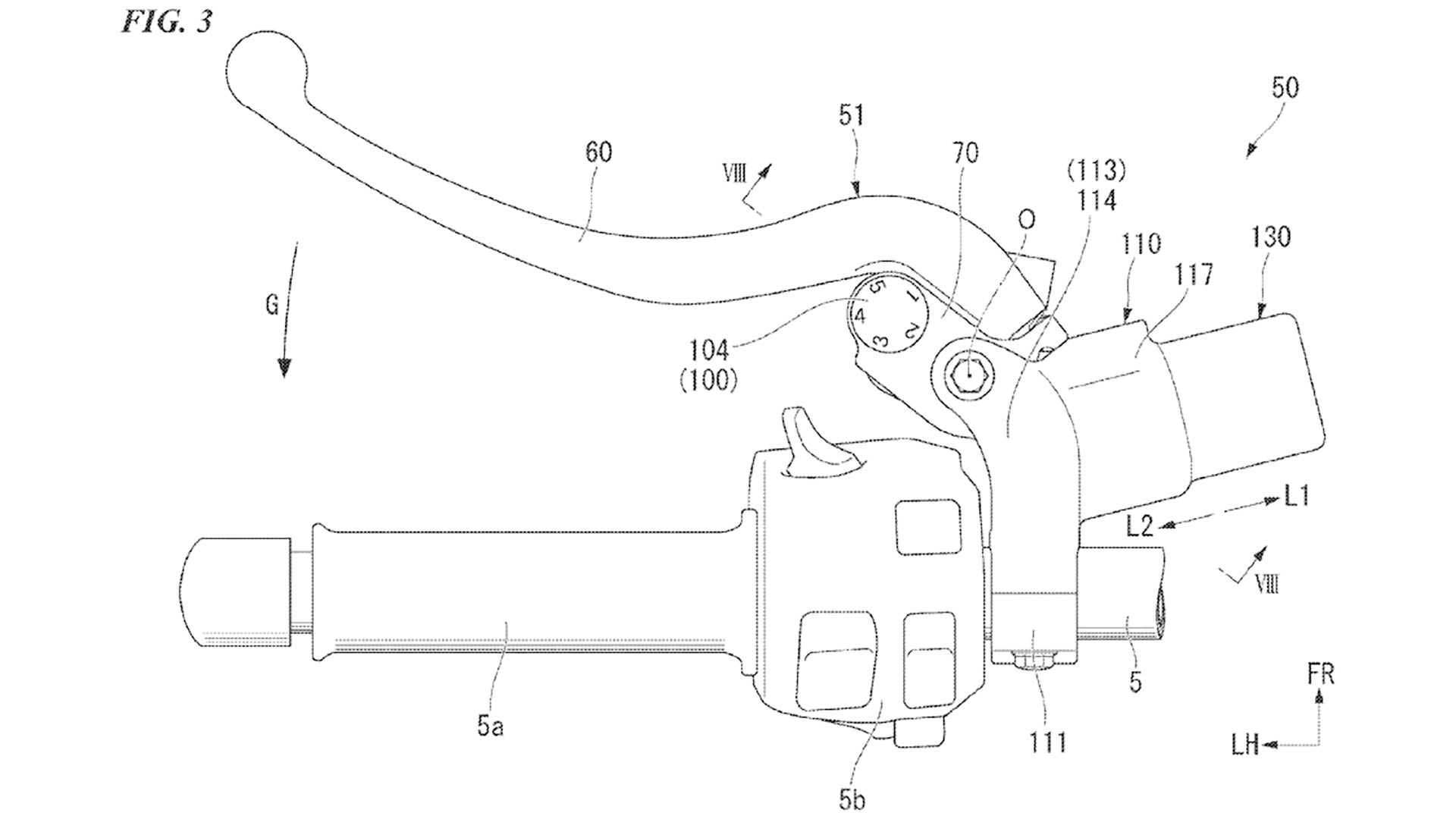 by Graeme Jones from https://www.rideapart.com

Recent filings with the US Patent Office reveal that Honda is working on a clutch-by-wire system that has the potential to bring some pretty noteworthy tech advances to motorcycles. Patent filings aren’t very easy to understand nor digest, so here’s a Clutch-by-Wire For Dummies version of the basics.

Think about it like a ride-by-wire throttle system, which replaced the age-old throttle cable with an electronic setup. Ride-by-wire, or throttle-by-wire, uses sensors and actuators that control the fuel injectors rather than a cable controlling carbs. Similarly, Honda’s clutch-by-wire system would eliminate the use of a clutch cable or conventional hydraulic setup entirely. Instead, the clutch lever’s position would be monitored electronically, and that data would be fed to the clutch, telling it what to do without any physical connection between the lever and the clutch itself.

Sounds simple, and yet… whoa. 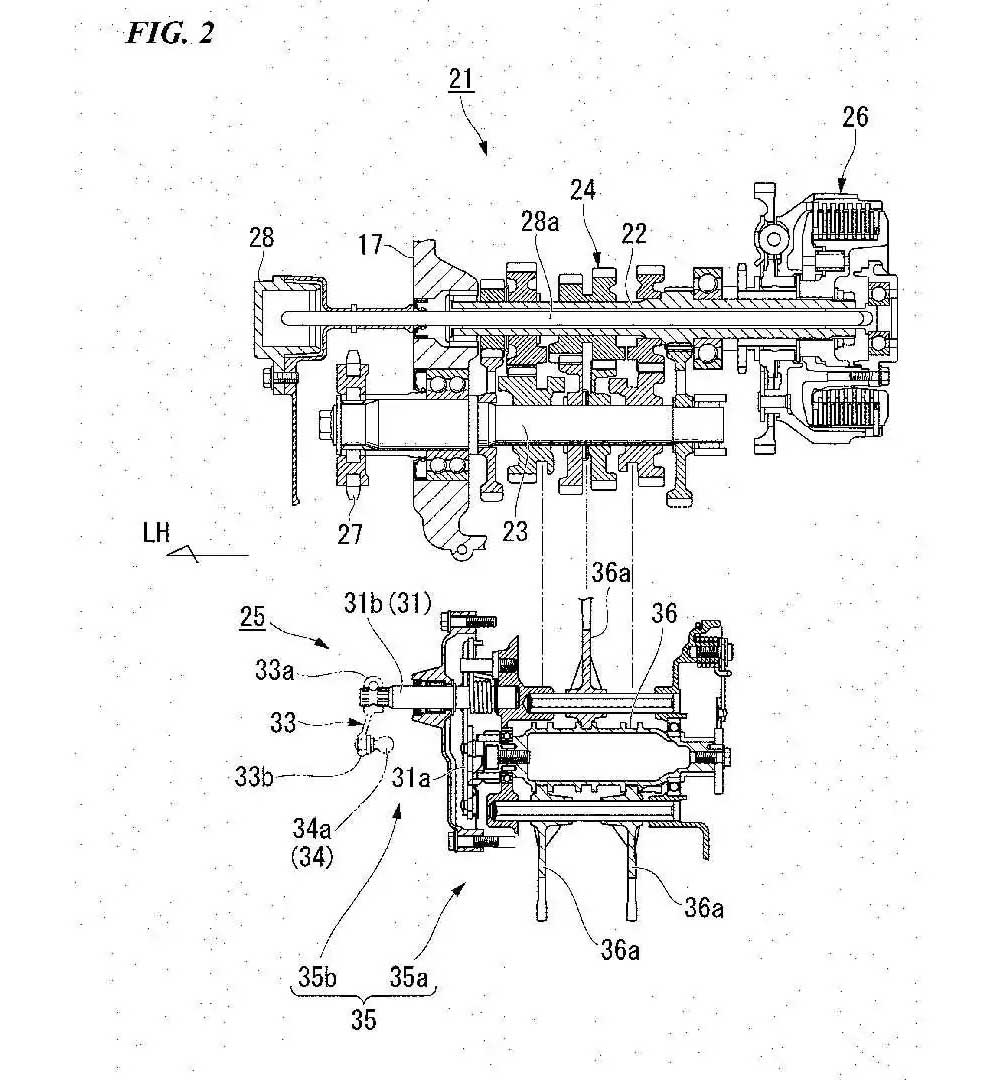 The patent drawings show a hydraulic pressure control unit, which would serve as the heart of this system. In addition to gear lever position, this unit would be fed instantaneous data from the ride-by-wire system like rpm, throttle position, and vehicle speed. The most obvious result would be improved shifting and smoother clutch operation at slower speeds, great for newer riders and possibly something that could bring new blood into the sport.

For experienced riders that still want the usual lever feel, Honda’s got a “reactive force generation device” to replicate the feel of a conventional clutch lever.

According to the patent drawings, this system will employ a traditional clutch lever setup on the handlebar. Hydraulic pressure would still be used to engage the clutch, albeit via an electric motor rather than any direct physical connection from your hand. Neat, huh?

What’s the point, you ask? Well, in theory, this type of setup opens up many possibilities. Like ride-by-wire—which has brought us things like riding modes, traction control and launch control—Honda’s clutch-by-wire will be able to recognize when the clutch lever position isn’t optimal compared to wheel speed, rpm, etc. Smoother, more precise shifts are an obvious reward to this setup, but think about launch control: the motorcycle can now incorporate clutch lever position in addition to existing data like rpm, speed and even wheelie height to further optimize acceleration.

Given Honda’s success with the Dual Clutch Transmission (DCT) setup, we see no reason why this technology won’t become reality in the near future. 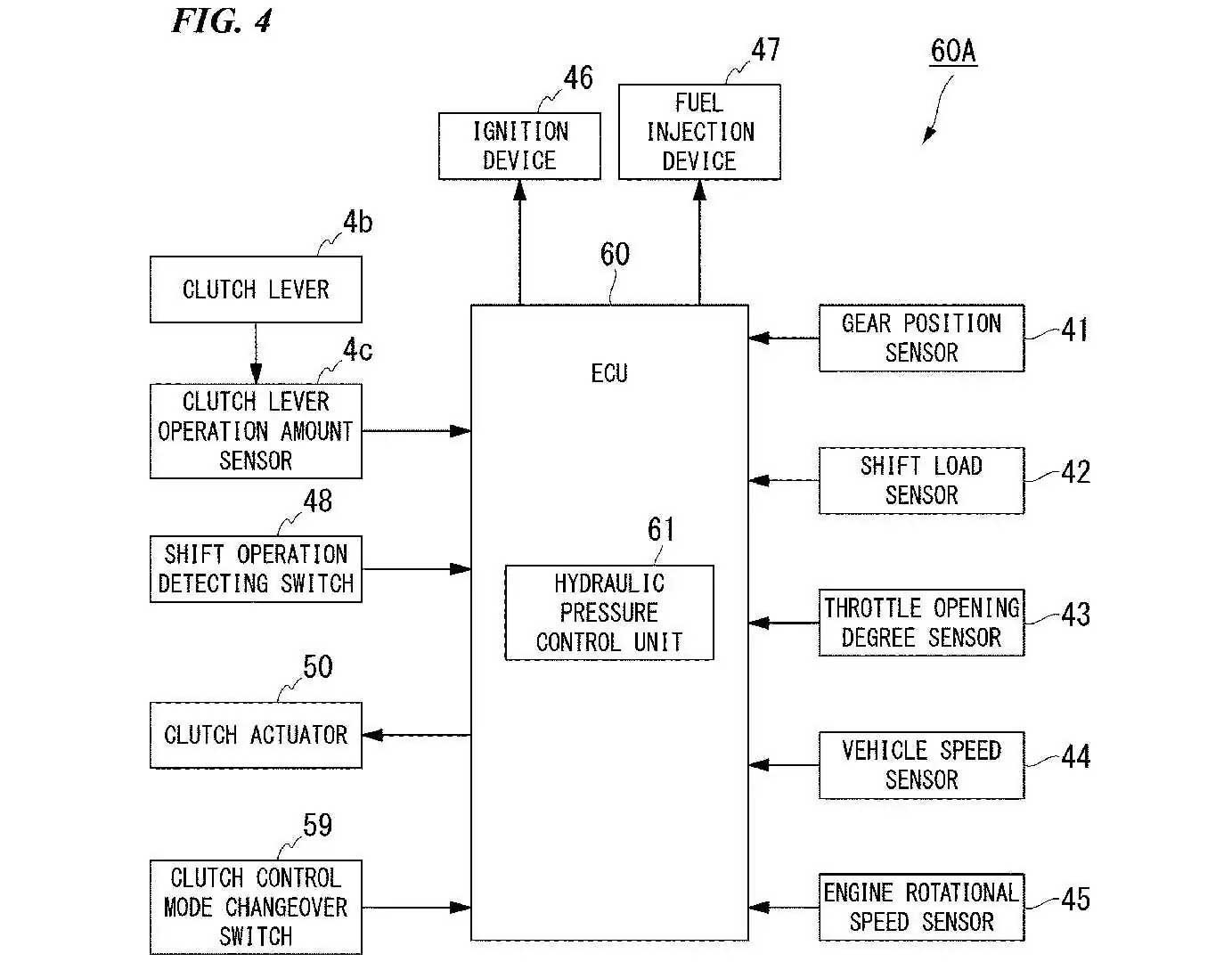