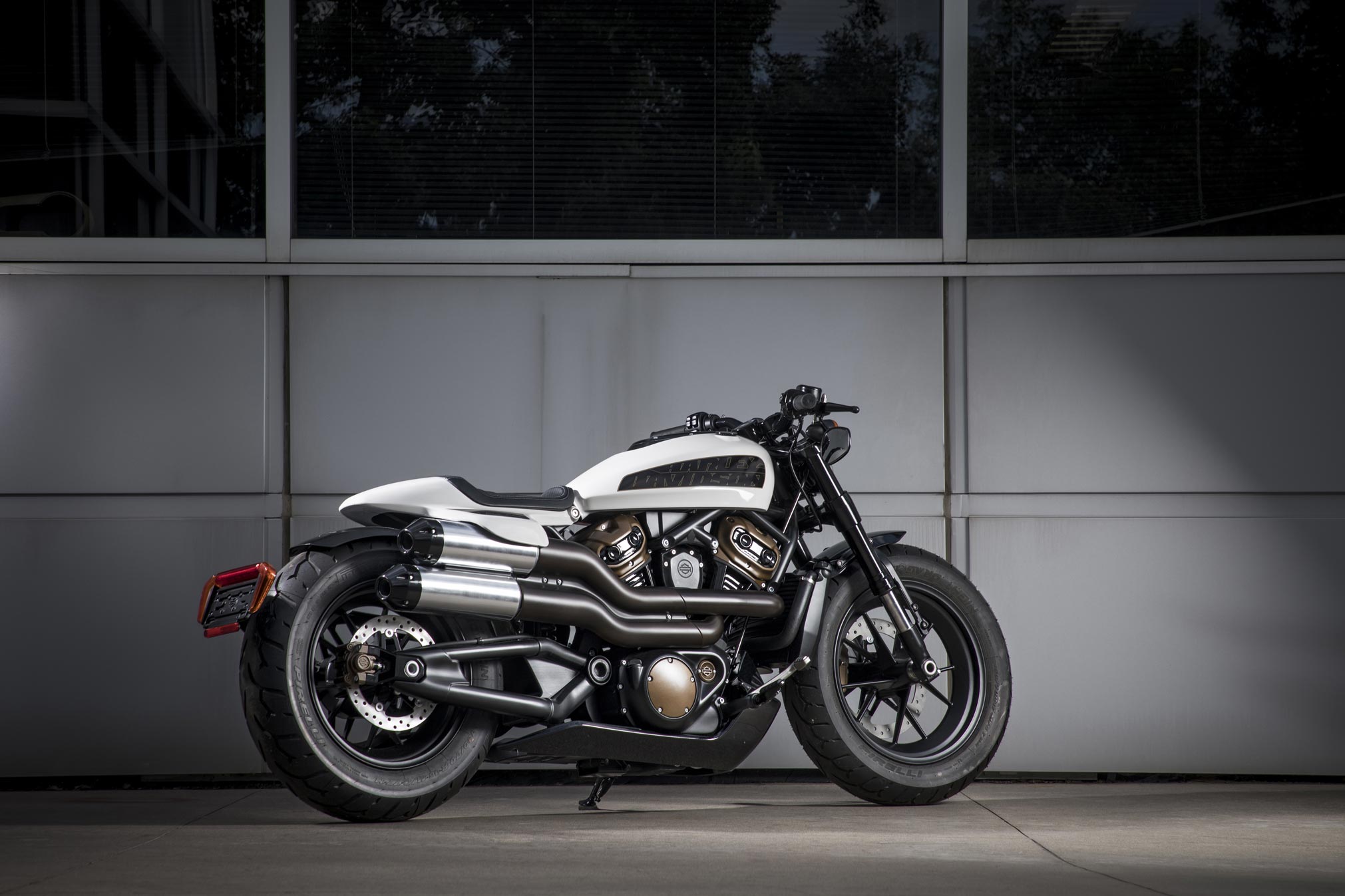 Despite the fact that it is probably the world’s most famous motorcycle brand, Harley-Davidson seems to be struggling to come to grips with the realities of the age. Plagued by financial problems, Harley recently lost its CEO, and more stormy weather seems to be looming ahead.

There are however plans in place for a turnaround. These plans cover everything from new models to the reinvention of the dealership network.

As far as new products are concerned, we already talked about the two new motorcycles Harley plans to launch by the end of this year. Both – the Bronx and Pan America – are built on a new middleweight platform and use new Revolution Max family of engines.

But perhaps more exciting than anything is the return of the bike maker to the custom scene, with a yet unnamed motorcycle announced for 2021.

Previewed at about the same time with the other two, the custom machine is described as one with “a muscular stance, aggressive, stripped-down styling and 1250cc of pure performance.”

Officially, that’s about it when it comes to this product fom now, but by the way it looks (see in the gallery above) and given the fact that the Pan America will use the same 1250cc Revolution Max engine with 145 hp and 90 lb-ft of torque, we expect the specs on the custom to be even more extraordinary.

All the bikes we mentioned here are part of a plan meant to reinvent the company by 2022 and increase the number of Harley customers by 1 million by 2027, for a total of 4 million in the U.S. alone.

“The bold actions we are announcing today leverage Harley-Davidson’s vast capabilities and competitive firepower – our excellence in product development and manufacturing, the global appeal of the brand and of course, our great dealer network,” said in a statement back in 2019, when the moves were announced, Matt Levatich, at the time the company’s CEO.

“Alongside our existing loyal riders, we will lead the next revolution of two-wheeled freedom to inspire future riders who have yet to even think about the thrill of riding.”