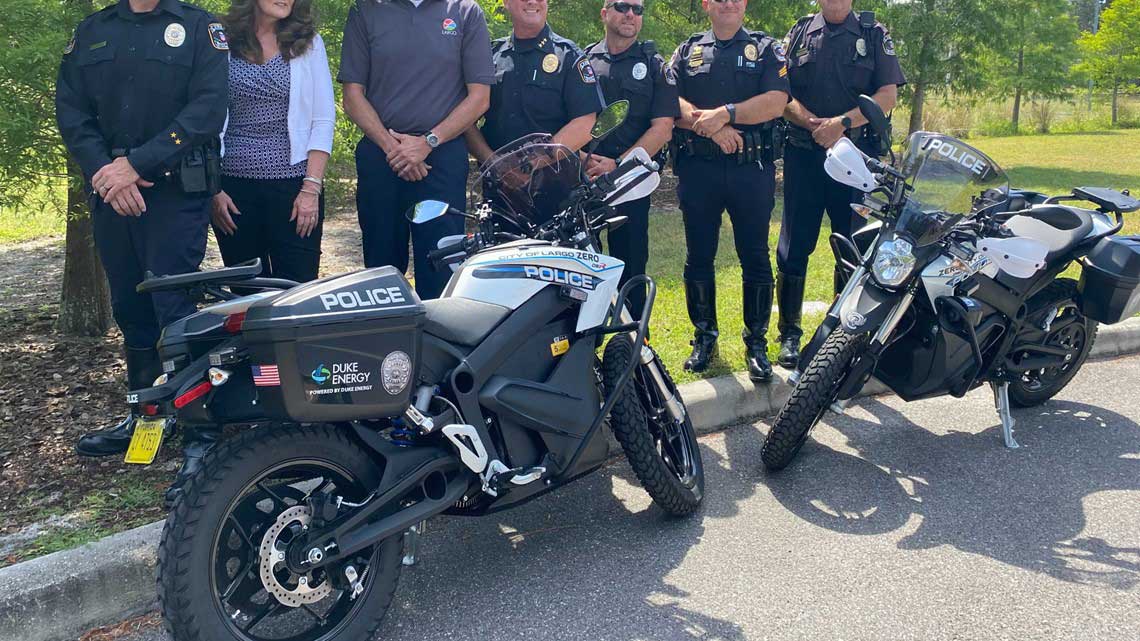 by 10 Tampa Bay from https://www.wtsp.com

The city says it plans on having a totally-electric fleet by 2030.

Largo police officers are easing up on the gas as the department revealed a pair of all-electric motorcycles.

The two stylish bikes were unveiled Tuesday and will join the city’s growing alternative-fuel fleet, according to City of Largo officials. They say the motorcycles will help reduce greenhouse gas emissions and improve air quality.

Largo officials says the bikes are part of the city’s commitment to have 100 percent renewable energy by 2035.

The city also plans on having an all-electric fleet by 2030.