Harley-Davidson Breakout CVO Gets an Extra Touch of German Custom 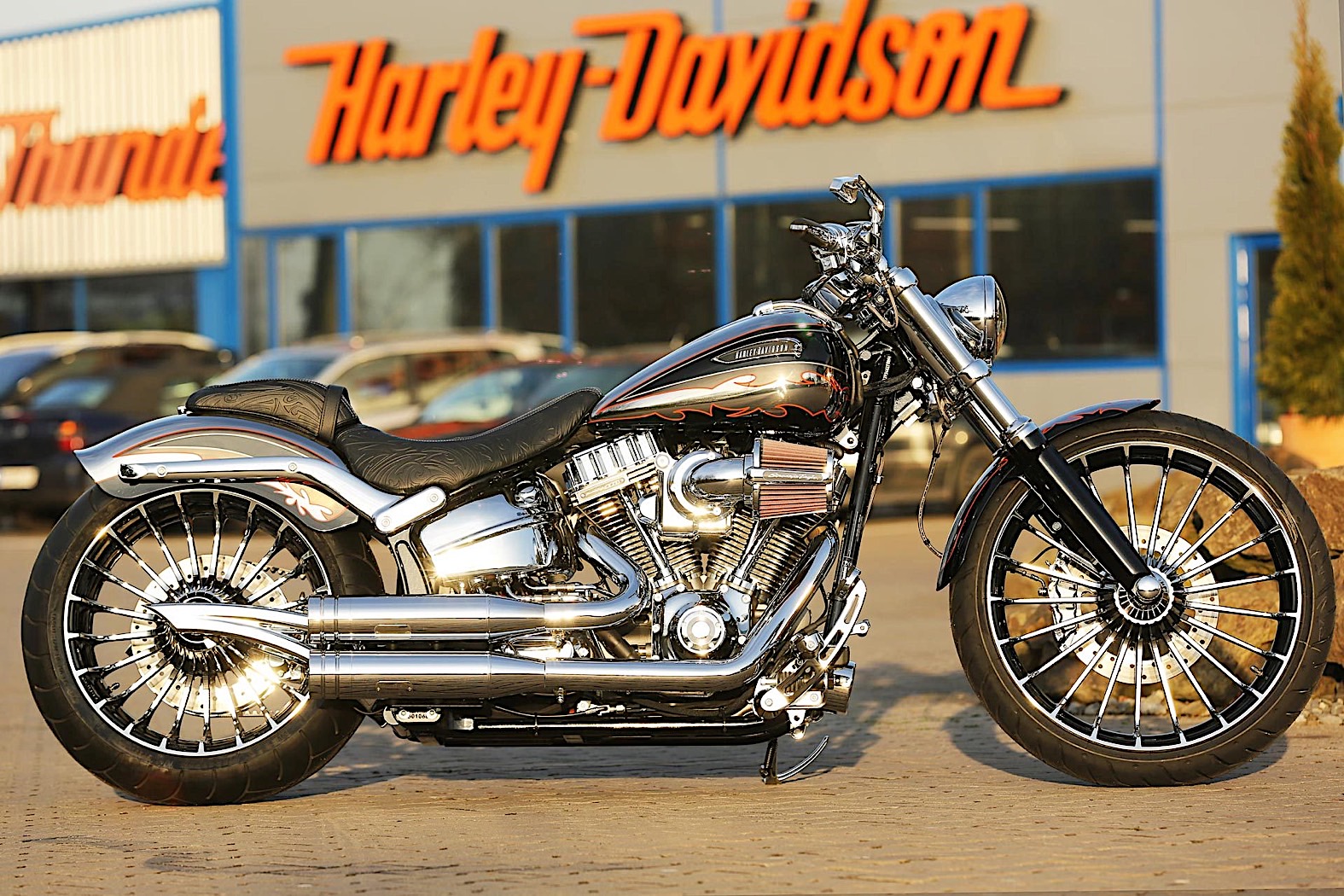 In the world of Harley-Davidson, CVO stands for Custom Vehicle Operations. Going further, that means motorcycles specifically created by the American bike builder with the custom industry in mind, for garages all across the world to tweak even further.

The program was born at Harley in 1999 and each year a small batch of bikes was chosen and gifted with limited edition runs that were all about customization: bigger engines, crazy paints, and a wealth of accessories one usually didn’t get with the road-going versions.

Among the motorcycles chosen by Harley to go down the CVO path in 2014 was the Breakout (it was offered alongside the Ultra Limited Electra Glide, Softail Deluxe, and Road King). And since this model is a favorite of a German custom shop that goes by the name Thunderbike, it of course didn’t escape some further upgrades.

Thunderbike’s interpretation of the CVO Breakout comes with a more radical look, achieved especially because of the deployment of bigger wheels, a new exhaust system, and a polished paint over the bike’s main parts.

The motorcycle rides on Harley Turbine wheels (sized 21 and 18 inches), but with the rear one wrapped in a Metzeler tire that is 20 mm wider than what came standard. Additionally, a pulley brake kit was deployed on the rear wheel to allow a clear view from one side at the design.

The engine, which was lest pretty much stock, breathes through an electronically adjustable exhaust system from Dr. Jekill & Mr. Hyde.

A wealth of other parts, smaller in size and impact, are also custom: the rocker boxes, oil tank, turn signals, mirrors, and even the license plate bracket and frame.

We are not being told how much it cost the Germans to put the entire build together, but you can learn more about it by hitting this link.