Will 2020 mark a turnaround for motorcycle powerhouse Harley-Davidson? 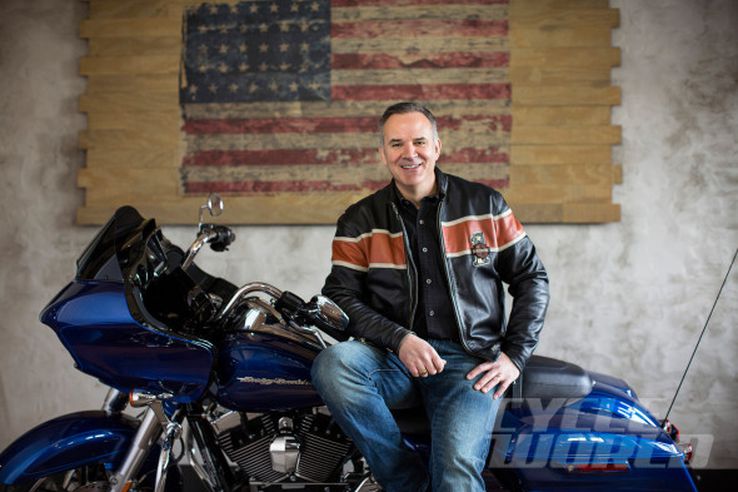 Matt Levatich is CEO of Harley-Davidson.

For 117 years Harley-Davidson Inc. has led the market in motorcycles and continues to hold a dominant market share in the U.S. heavyweight motorcycle market.

Despite its dominance in motorcycles, fewer people are buying bikes, and the number of U.S. riders are growing at a slow pace. For several consecutive quarters, the company faced declining sales, lower revenue and flat stock prices.

With falling sales numbers, 2020 is becoming a pivotal year for the company founded in 1903. Harley has plans to grow riders to 4 million by 2027, from 3.1 million now, and invest in new markets with its More Roads to Harley-Davidson initiative, which launched in 2018. Some analysts, however, are uncertain of Harley’s ability to achieve such goals.

“We are becoming a company that excels and exists to not only build great bikes, but to build riders,” Harley-Davidson CEO Matt Levatich said in the company’s fourth-quarter conference call.

During the call, Levatich listed four target areas that the Harley plans to hit in 2020 to retain early riders, a category segment that the manufacturer has struggled with. The company plans using riders to recruit and coach new riders, allow early riders to experience riding opportunities on their own turn and on their own terms and solidifying rider commitment through experimental opportunities like overnight rides.

New motorcycles such as Harley’s first electric motorcycle LiveWire, released in September 2019, or the new Pan America adventure touring bike and Bronx Streetfighter bike, which are expected to release late in 2020, are also part of the company’s efforts to turn U.S. motorcycle sales around and build a strong ridership base.

At least one dealer is hopeful about the strategy.

“It’s brave if you think about it,” said Goran Zadrima, regional manager at Milwaukee and West Bend Harley-Davidson. “A lot of companies in the past have attempted to go after the Harley touring market, and everybody fell on their face trying to take Harley in the touring market. The fact that Harley is getting into the adventure and the streetfighter market, that’s a huge market. There’s a lot of good brands out there, but the one thing that Harley has that nobody has anywhere is the dealer network.”