Suzuki Hayabusa: The development of the iconic, class-defining GSX1300R 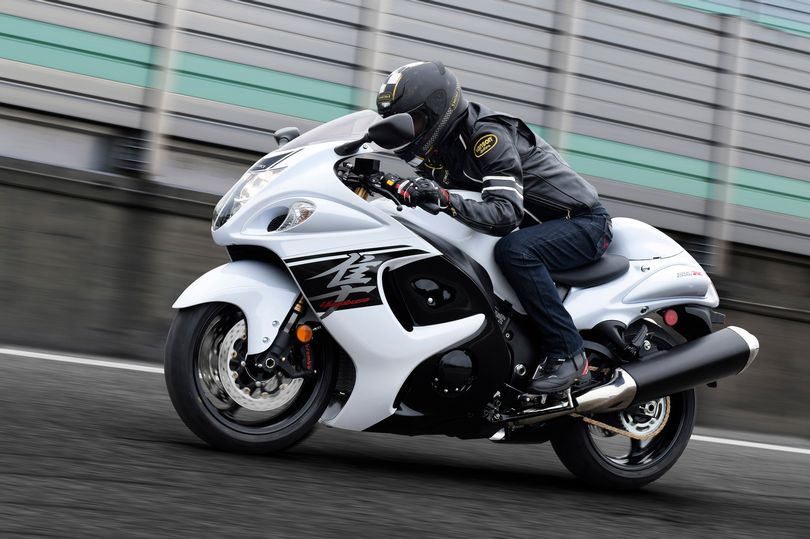 With rumours of the launch of a new Hayabusa doing the rounds among insiders, we take a look back at the history of this unique bike which came to define the supersports sector

Iconic is a word that is bandied around a little too easily these days, but in the world of motorcycling there are one or two which do fit the bill.

With its love-it-or-hate-it silhouette and simply awesome power, the Busa caused shockwaves when it was introduced in 1999.

Since then, there have been a number of overhauls and relaunches.

Production ceased in 2018, but, with rumours of a new model swirling, let’s look back at the development of the bike.

The design brief for the Japanese engineers at Suzuki in 19999 was simple – wade into the supersport market… and come out on top.

And the Hayabusa – which means peregrine falcon, a bird of prey with a top speed dive of 200mph – did just that when it was launched at the Catalunya circuit

The Busa made an impression the moment you set eyes on it, with its flowing lines and distinctive rear end aimed at making it as aerodynamic as possible.

Head of design on the original project Yoshiura san told Mirror Motorcycling: “The concept of the first Hayabusa was to create an original and dominating impact with superior aerodynamics, as well as being the most powerful sports motorcycle.

“I designed it with the intention of getting attention…

“It needed to be the ultimate road-legal motorcycle with the highest performance from mass-produced bikes.”

It immediately became the fastest production bike on the market.

At the launch, top speeds were clocked at the same point on the track as they were for the 500cc GP race the year before.

Suzuki test rider Yuichi Nakashima, said at the time: “The Hayabusa’s engine feels so overwhelmingly powerful and finely tuned that there is nothing like it.

“After riding it, you won’t want to ride another motorcycle.”

But, it wasn’t just the phenomenal power.

With an extensive list of aftermarket parts and interchangeable components, the Busa was also easily customisable.

The first proper overhaul came in 2008, with a more powerful 1340cc engine, a redesigned gearbox and broader torque throughout the rev range.

There was also extensive wind-tunnel testing.

Once again the Hayabusa redefined the supersport category.

However, with ever-tightening emissions regulations coming into force, the Hayabusa disappeared from European model ranges in 2018.

Whispers of its return have never gone away and are currently at a peak among insiders.

Will there be a new one? Watch this space…