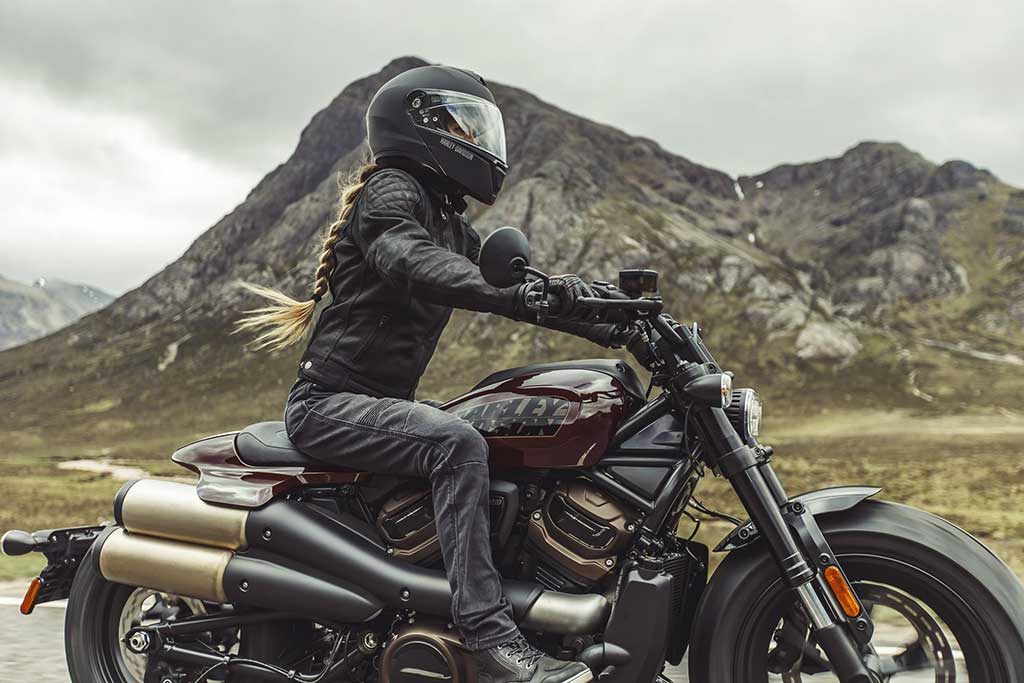 In mid-July, American bike maker Harley-Davidson pulled the wraps off the Sportster S, one of the new Milwaukee models we’ve been waiting for for so long we kind of lost hope of actually seeing it. Yet, here it is, so fresh that it is only now beginning to be properly tested by users, and so promising it’d better not disappoint.

Described by Harley as an “all-new sport custom motorcycle designed to deliver a thrilling riding experience,” the two-wheeler makes use of the most modern technologies brewed recently in Milwaukee, and, for a rather balanced price of $14,999, promises entirely new thrills for its riders.

Massive in design, the bike holds in its frame the Revolution Max 1250 engine, an application of which some people are already enjoying in the Pan America. On this here beast, the V-Twin is officially titled Revolution Max 1250T, and comes with impressive performance figures: 121 horsepower and “tremendous torque at low RPM” as per Harley. That’s fewer hp than the 150 claimed for the Pan America, but more than enough for the lightweight bike: the thing tips the scale, after all, at only 502 pounds (227 kg).

All that power is put to the ground by means of cast-aluminum wheels with a staggered design, 19-inch front and 17-inch rear, linked to the rest of the build by fully adjustable front and rear suspension – SHOWA 43 mm inverted cartridge forks and a SHOWA Piggyback reservoir rear shock.

Stopping power comes from Brembo, forward foot controls are there together with a low handlebar to give the rider an aggressive posture while riding, and thanks to these the entire experience of moving on the back of the Sportster S should be one to remember.

Harley threw into the Sportster mix the entire might of its technological advancements, some of them already deployed on the Pan America. We get things like three pre-programmed, selectable ride modes (Sport, Road and Rain) and two custom modes, a 4.0-inch-diameter TFT screen showing all the instrumentation and infotainment features, and all-LED lighting.

By now, almost three weeks past the unveiling point, there is number of test ride videos with this motorcycle already out there for us all to get a sense of how the thing feels on the actual road. The latest comes from a German custom and Harley-junkie shop that goes by the name Thunderbike.

Knowing the way these guys treat the American wheeled wonders, we tend to trust what they’re saying. And for the Sportster S, the verdict is simple and blunt: fantastic.

The rider sent by the Germans for the test ride spent about 200 km (124 miles) on the back on the motorcycle, and the crew managed to get some incredible images of the thing while on the move, as you can see in the short video below. And, even if we don’t get to see the Sportster S reach its top speed, we’re still treated to some incredible shots – but possibly not enough talk about it.

The new Harley should arrive at dealerships in mid-September, and that’s probably when the real flood of test ride videos will hit us. Kind of a close call, given how fall will move in to put an end to motorcycle riding in most parts of the world, but one never knows with this global warming and all.

Being less pretentious than the Pan America when it comes to its target customers, the Sportster S, the only bike offered presently by Harley in a family it calls Sport, could become one of the heavy-hitters in its segment in no time. And judging by how good two of them look on the road at the same time, we wouldn’t mind seeing larger packs of such machines roaming the continents at once.