Fact or Fiction – Helmet Use 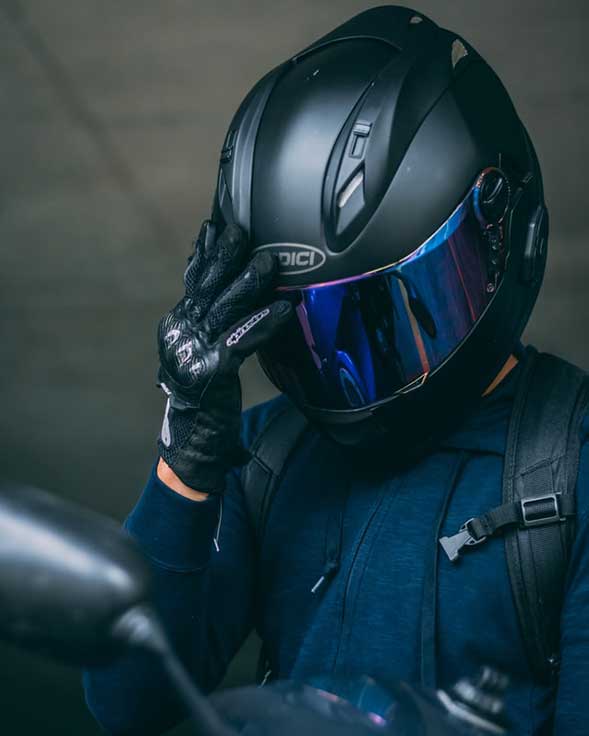 from Motorcycle Riders Foundation at http://mrf.org/

On a nearly annual basis the media in this country is inspired to report stories about motorcycle fatalities on our nation’s roadways. Invariably, these stories paint motorcycle rider deaths as a product of irresponsible riders who live in states that have some level of helmet choice. Frequently they report statistics that prove their narrative but fail to paint a full and complete picture. The lens with which these stories are reported often takes the naïve view that crashes can be made “safer” if only bikers somehow followed government helmet mandates.

The only true solution to motorcycle safety and reducing fatalities are proactive measures, which prevent a collision from occurring at all, rather than reactive steps that may or may not offer some level of injury mitigation only after a crash has already taken place. Rider education, which prepares motorcyclists to interact with other roadway users by learning and practicing the skills necessary for hazard avoidance and developing a strategy to deal with real world traffic, is the primary component of a comprehensive motorcycle safety plan. Additionally, educating all motor vehicle operators to be alert and free of impairment as they share the road with others is critical in deterring crashes caused by inattention.

When coming across these stories keep in mind some facts that are omitted from their reports.

Fact: Over the last decade motorcycle related deaths have varied between years but for the most part remain flat. The National Highway Traffic Safety Administration (NHTSA) data from 2019 shows 5,014 deaths, a decrease from the 2008 5,307 deaths NTSHA recorded. In that same time period registered motorcycles increased from 7.7 million in 2008 to 8.7 million ten years later. In other words, there are a million more bikes on the road and there were 300 less deaths.

Fact: Twenty-nine percent of motorcycle riders involved in fatal crashes in 2017 were riding without proper licensure at the time of the collision. A valid motorcycle license includes a rider having a valid driver’s license with a motorcycle endorsement or possessing a motorcycle only license. Proper training and licensing are fundamental parts of motorcycle safety, taking unqualified riders off the road is a commonsense solution to lowering motorcycle fatalities.

Fact: The lack of a helmet mandate in the 31 states who have allowed freedom of choice does not prohibit someone from choosing to wear a helmet. In fact, a 2019 U.S. Department of Transportation audit showed that states without mandatory helmet laws still saw 56.5% of riders choose to wear a helmet.

Fact: A 2019 U.S. Department of Transportation Fatality Analysis Reporting System report showed that in crash study data, where helmet use was known, 36% of motorcyclists killed were not wearing a helmet. Conversely 61% of motorcycle fatalities involved a rider wearing a helmet. The remaining 3% had unknown usage. These numbers closely mirror NHTSA data on overall helmet usage which shows 64% of riders wearing helmets.

Fact: Despite the constant drum beat from safety advocates, the media and Washington D.C. bureaucrats about the ills of helmetless riders, state legislatures continue to trust the judgment of bikers. Just last year Missouri passed a modified helmet law allowing the choice to ride without a helmet to those who are qualified. In at least three other states, West Virginia, Maryland, and Nebraska there are active campaigns to change their helmet mandates and let those who ride decide.