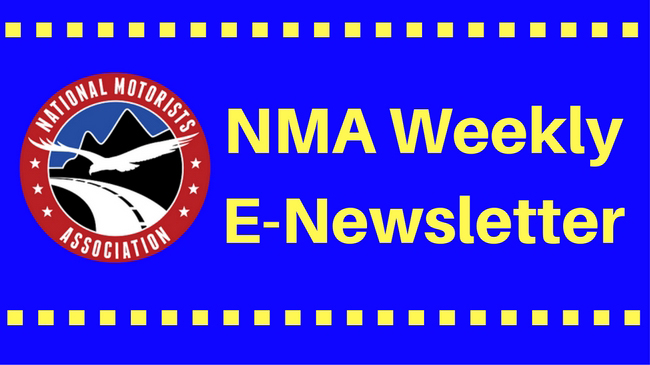 By 2021, New York City will begin charging drivers who enter Manhattan below Central Park under the guise of congestion pricing. No one is surprised. City and state officials have been trying to make this happen for years. The rare alignment of views between the governor, the mayor, and the state legislature─each likely motivated by the prospect of monetizing driving─made it happen. But at what cost?

In a study last year, a proposed flat rate of $11.50 for cars and $25.00 for trucks was suggested but the budget that passed on April Fool’s Day did not specify any fees. The decision of who will pay what will belong to the governor, the mayor, and a yet-to-be-named six-member panel. The budget goal is to raise $15 billion to fix the Metropolitan Transportation Authority’s subway, train, bus, bridge, and tunnel system. This grand scheme has nothing to do with reducing traffic and everything to do with finding more cash to bail out mainly the city’s beleaguered subway system.

Not only will all sorts of vehicle-related services such as taxis, rideshare and delivery surge in price, but the goods and services provided to New Yorkers will almost certainly go up too.

“Not a nickel goes to roads in a state where 69 percent are considered in bad or mediocre condition,” said AAA Northeast spokesman Robert Sinclair to Bloomberg. Not only that, the wrangling for exemptions has already begun. Suburban motorists say they already pay various tolls to drive into the city so why should they pay another fee for the privilege of driving in the city. Commercial truckers also want an exemption as do taxi drivers, and the disabled. Exemptions to the congestion pricing have already been made for motorists on FDR Drive and the West Side Highway north-and-southbound express routes.

New Jersey Governor Phil Murphy also asked in a letter to NY Governor Andrew Cuomo that credits or an exemption should apply to drivers heading to Manhattan via the Lincoln and Holland tunnels with tolls already as high as $15. He added that the congestion pricing plan would pack NJ trains and buses, noting that some of the congestion-pricing revenue should go to his state to offset the increase of services.

Trucking Association of New York President Kendra Hems said that the lack of detail is “concerning.” She added, “We feel strongly that commercial vehicles should be exempt—they provide a critical service to New York City.”

Ironically, since November, the ridesharing company Uber has spent $1 million (out of $2 million total for the campaign) to help push congestion pricing over the edge. Uber’s stated goal is to get motorists to give up their cars completely so they might become Uber customers (cars, bikes or scooters). Company officials have also said they are committed to spending $10 million in support of congestion pricing nationwide.

The flood gates are opening around the country.

Oregon’s DOT Assistant Transportation Director Travis Brouwer recently stated in a New York Times article, “New York’s use of congestion pricing could be a game-changer.” He added, “If New York City can prove that congestion pricing can work and gain public acceptance, it could give cities like Portland a boost as we look to introduce pricing.”

Massachusetts lawmakers are sponsoring a bill to require traffic studies and possibly congestion pricing along Boston’s airport route. The city of Boston was recently given the dubious title of most congested city in America by the INRIX Global Traffic Scorecard.

This week, TheNewspaper.com reported that the Southern California Association of Governments (SCAG) issued a federally funded report in late March that explored the feasibility of tolling drivers who enter downtown Los Angeles. The fees raised would be used for transit and bicycle lanes. Called the Mobility Go Zone Program, the potential congestion pricing plan would be put in place not just for downtown but in neighborhoods (Los Angeles International Airport, Hollywood, San Fernando Valley, Santa Monica, and the Westside) where gridlock could best be exploited to raise funds. The SCAG researchers claimed in the report that the tax would increase bicycle riding by nine percent and walking by seven percent. Automated license plate readers would track vehicles which lack a FasTrak toll transponder. The introductory charge to enter those congestion zones would be $4.00 per vehicle.

In late February, the Los Angeles Metro Board of Directors also agreed to move forward on a congestion pricing study. The study will look into several methods of charging motorists. One will be a tax on the number of miles traveled, and the other would look at a traditional congestion pricing model of charging motorists to enter certain neighborhoods. Any congestion taxes would be used to help fund infrastructure in the “28 by 28” initiative. City officials aim to complete 28 road, transit, and bicycle/pedestrian projects before the 2028 Summer Olympics in Los Angeles.

A great deal of speculation has been surrounding San Francisco and possible congestion pricing. Marin County officials are concerned that all the fees paid would go to the city and not to the counties who would need to ramp up suburb-to-city transit, which also includes ferry service.

Many other high-density areas are now considering congestion pricing. Seattle Mayor Jenny Durkan wants to have driver taxation in place by the end of her first term in 2021. CMAP, Chicago’s regional planning organization released a report in early March concerning transportation funding options which include congestion pricing. Other cities plotting to add toll zones are Atlanta, Denver, Philadelphia, San Diego and even Salt Lake City, Utah.

For some reason, all these city officials see dollar signs on the backs of motorists at a time when many motorists live in the suburbs or further out because it is too expensive to live in the inner city. Many motorists will have to pay even though they will receive little benefit in the long run since little of the funding will go toward street infrastructure improvements. And the jury is still very much out as to whether congestion pricing can actually ease traffic woes.