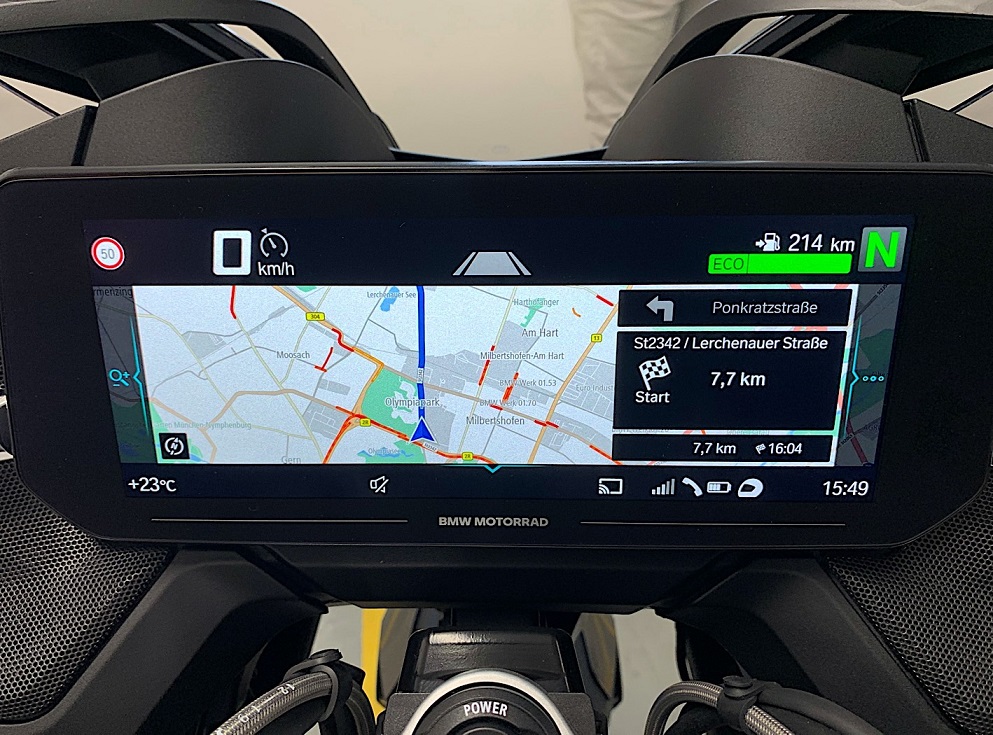 Over the past few months BMW has been hard at work updating its motorcycle range. Last we heard from the Bavarians we were gifted with the new R 1250 GS family of two, but there’s another important two-wheeler boasting the same engine in need of a refresh: the R 1250 RT.

The Touring bike was refreshed as well for the new model year, and the BMW announced this week the changes are meant to give it a new look, more standard equipment, and several technical upgrades.

Visually, the biggest change can be seen at the front, where we now get as standard a new full LED headlamp with optional adaptive turning light.

Mechanical upgrades include the availability, as standard, of the BMW Motorrad Full Integral ABS Pro, and Dynamic Traction Control with three riding modes, including a new one called Eco for economical riding.

Most important though is the fact that the R 1250 RT gets a 10.25-inch TFT color screen with integrated map navigation and connectivity. According to BMW, this is the first time a motorcycle has been fitted with a screen that allows maps to be displayed directly in the instrument cluster.

“We have given the R 1250 RT a new look, a comprehensive increase in standard equipment and numerous technical upgrades to achieve a whole new riding experience,” said in a statement Harald Spagl, Project Manager at BMW Motorrad.

“As a dynamic tourer with the incomparable BMW ShiftCam engine, it also has the perfect power unit with impressive power across the entire speed range.”

For now the German carmaker did not say when the new R 1250 RT will become available, and we also have no info on the price.