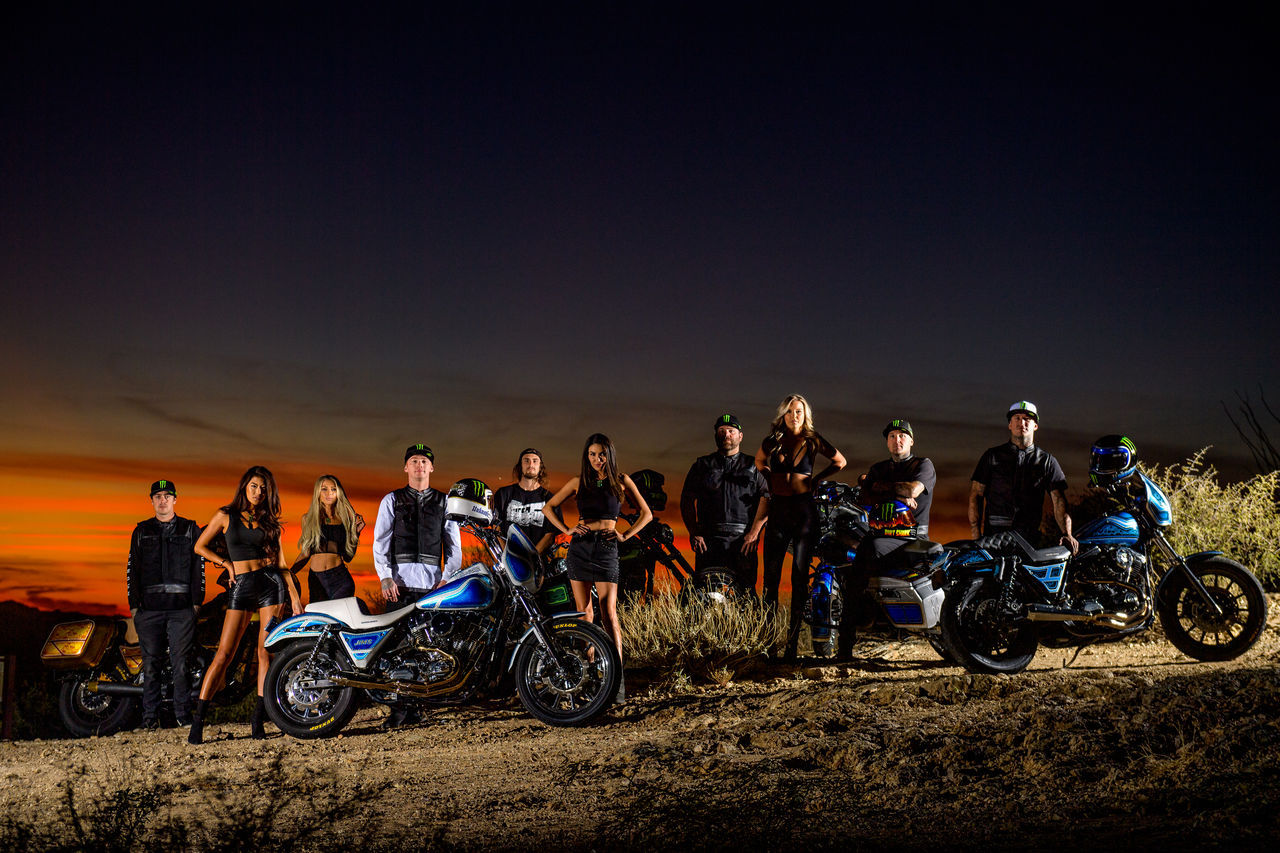 Presented by Monster Energy and produced by Lurk Creative in partnership with UNKNOWN Industries, ‘The UNKNOWN Ride 2’ is live on YouTube as a full-length feature. Follow the link to see the highly anticipated thirteen-minute action video that has the motorcycle world buzzing.

The new release is the official sequel to 2016’s mini action flick ‘The UNKNOWN Ride’ that was shot in Oakland, California, and has garnered over 2.7 million views on YouTube to date. Four years later, the crew is back, upping the ante with a potent blend of high-octane bike action, next level cinematography, scenic Arizona vistas, and a special appearance by the Monster Energy Girls.

“This is probably one of the sickest films we have ever made! I’m so fortunate to be creating high-production content with some of my closest friends like Nick and Buddy. The Unknown crew came through and raised the bar, putting their unique riding skills on full display. Tucson’s year-round sunshine and the scenic desert landscape provided the perfect backdrop for another true classic,” said Ash Hodges aka Dirt Shark, who directed and produced the new film. “The Unknown Ride was a Bay Area classic and I didn’t know how to back that one up. Luckily, the City of Tucson and Pima County gave us the key to the City and let us create another video banger. We really focused on stepping up the production value and cinematography on this one to compete with the original Unknown Ride piece. Helicopters, a dedicated camera vehicle, and raw audio set up on each bike really helped elevate our game. This one really came together!”

Ride along as ‘The UNKNOWN Ride 2’ crew rips through the streets of Tucson and out into the Sonoran Desert in search of missing rider ‘Wheelie Pig.’ See the Unknown riders drift their Harley’s through iconic Tucson locations, including Tallboys Bar, and wheelie down the infamous Miracle Mile. Also watch the crew burn rubber and lurk through the desert landscapes passing spectacular cacti, including the giant saguaro, a symbol of the American Southwest.

Filmed in 4K high-definition, the action cycles through night and day as the UNKNOWN’s crew burn out, slide, and 12 o’clock wheelie over the hot Arizona concrete past the city’s signature neon lights.

The short film premiered last night in a special free-to-attend event presented by Monster Energy at Mystic Theatre in the Unknown’s hometown of Petaluma, California. Those in attendance were treated to a concert with Mickey Avalon, and a special appearance from Monster Energy’s freestyle motocross riders Axell Hodges and Jeremy Stenberg who have cameos in the piece.

Ready to see what all of the hype’s about? See for yourself as the thirteen-minute-long, ‘The UNKNOWN Ride 2’ is available to watch now, free online on YouTube.

Also make sure to follow the social media hashtag #UnknownRide2 for athlete stories and behind-the-scenes looks at this high-octane video production and launch event.

Media representatives can click on the following link to download video and photo assets surrounding the launch of ‘The UNKNOWN Ride 2’ video presented by Monster Energy and produced by Lurk Creative featuring the UNKNOWN Industries team.