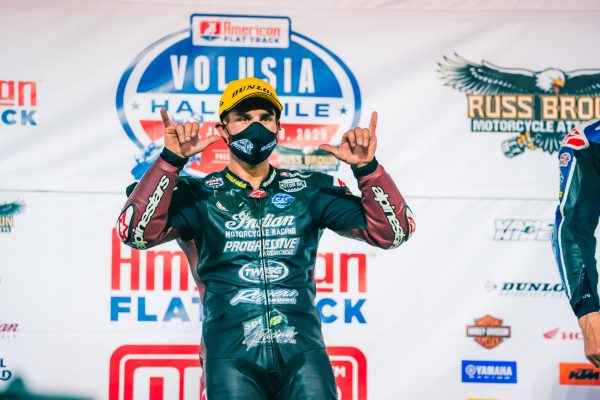 Ultimately taking control of both races was five-time Grand National Champion and Wrecking Crew Rider Jared Mees, who earned his 49th and 50th career wins. During the Volusia Half-Mile I, Mees displayed a seemingly effortless win as he separated himself from the pack on his way to a commanding victory.  On Saturday night, at the Volusia Half-Mile II, Mees started the Main from the second row behind, but was able to slide through the field and take home his second win of the weekend.

“Our team has been chomping at the bit to get out on the track and race since the season was postponed,” said Gary Gray, Vice President – Racing, Technology and Service for Indian Motorcycle. “To get out there and have the success we did two days in a row really made a statement.” 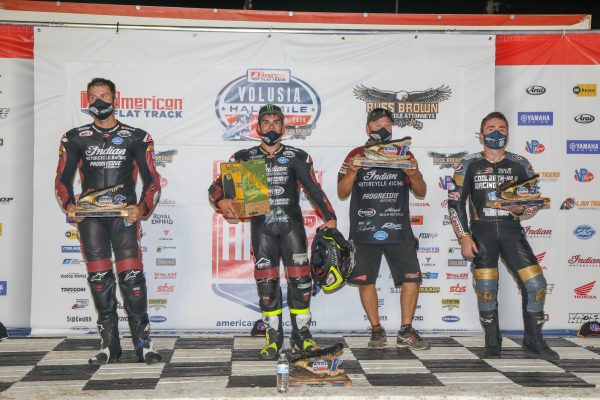 Joining Mees in the box in both races was reigning Grand National Champion and Wrecking Crew Rider Briar Bauman, who finished second both nights. During the Volusia Half-Mile I, Briar held third place until the final lap where he was able to overtake Indian FTR750 privateer Sammy Halbert to finish second. Briar had another competitive outing at the Volusia Half-Mile II, where he ran in second for a vast majority of the Main.

Mees starts off the season as the series points leader with 50 points, while Briar Bauman is in second with 40 points, followed by fellow Wrecking Crew teammate Bronson Bauman who sits in fifth with 27 points.