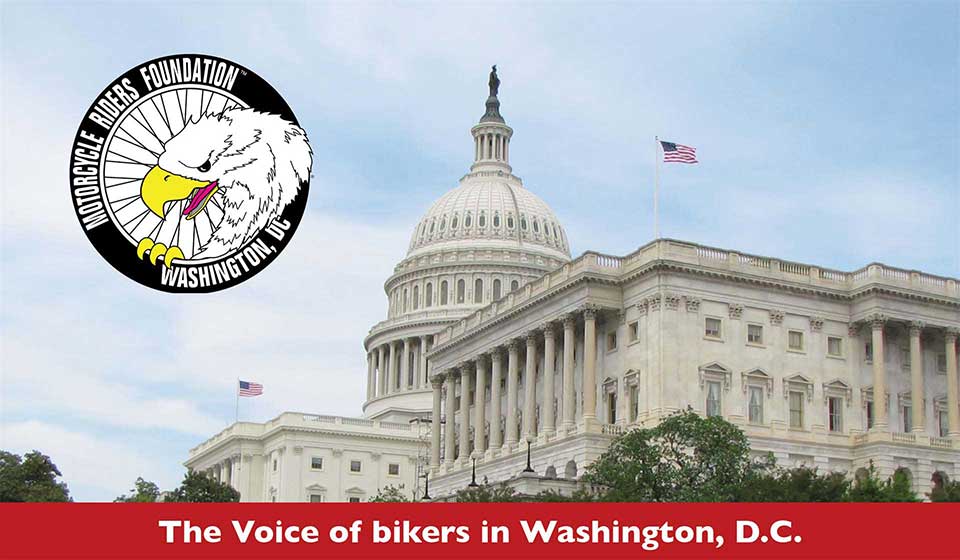 Thursday morning the full House of Representatives passed H.R. 3684 the Investing in a New Vision for the Environment and Surface Transportation in America Act or the INVEST in America Act. This bill is more commonly referred to as the highway bill. The bill is over 1,500 pages, spends $715 billion and includes five beneficial provisions for motorcyclists. The final vote on passage was 221 for and 201 against. Two Republicans voted in favor and no Democrats opposed.

The Senate has begun work on their version of the highway bill and the two chambers will eventually need to work out the differences before an agreed upon bill is sent to the President for his signature. Traditionally, a highway bill has a five-year lifespan before Congress must fund and reauthorize programs again. Typically, highway bills occur in years ending in 0’s and 5’s. The last highway bill expired in 2020 but was given a one-year extension as Congress was unable to reach a compromise. Congress now faces a September 30th deadline to pass a new highway bill and reauthorize crucial transportation and safety related programs.

Below is a brief recap of the five motorcyclist related items that the House of Representatives approved and included in this major piece of legislation:

Profiling: The bill includes an update to current federal law on the issue of motorcycle only check points. The bill passed today includes language that prohibits state and local governments from using funds from the Department of Transportation to “profile and stop motorcycle operators or motorcycle passengers using as a factor the clothing or mode of transportation of such operators or passengers.”

Traffic Stop Data Collection: An amendment to the bill by Congressman Tim Walberg (MI-R) and Congressman Michael Burgess (TX-R) added the term “mode of transportation” to a newly created grant program for racial and ethnic profiling. The program allows states to use federal money to collect data on traffic stops. Originally the only information that states could use the funds for was to record was the driver’s racial and ethnic makeup. With this added language, states will have access to funds to collect the “mode of transportation” of the person being stopped. If states choose to participate in the program, motorcyclists will have access to data on traffic stops and determine if motorcyclists are stopped disproportionally by law enforcement. This amendment was a joint effort by the Co-Chairmen of the House Motorcycle Caucus and was added just hours before the final bill was passed.

Motorcyclist Advisory Council: H.R. 3684 includes a section that reestablishes the Motorcyclist Advisory Council (MAC) and makes needed changes. The MAC has existed for over a decade and allows federal policymakers, state highway officials, and motorcyclists to discuss the unique demands of riding a motorcycle and how roads, bridges, and other infrastructure can be built to better account for motorcyclists’ needs. The bill creates dedicated seats on the council for motorcyclists’ rights groups and manufacturers. It also requires a report every two years be made to the Secretary of Transportation and Congress.

Autonomous Vehicles: The INVEST Act includes specific language requiring that when the Department of Transportation conducts safety studies on autonomous vehicles, motorcycles must be considered as unique roadway users. Additionally, a newly formed working group on autonomous vehicles must include a motorcyclist safety group as part of its membership. As with the MAC, motorcyclists need a seat at the table when our safety and freedoms are being debated.

Motorcyclist Safety Funds: The bill, as passed, would increase the 405 safety funds made available to states for motorcyclist safety by $1,470,000 for the next fiscal year with increases through 2025. This is an increase in the program of roughly 34% over current funding levels. Under this bill, the total amount available to states in the next fiscal year would be $5,760,000.