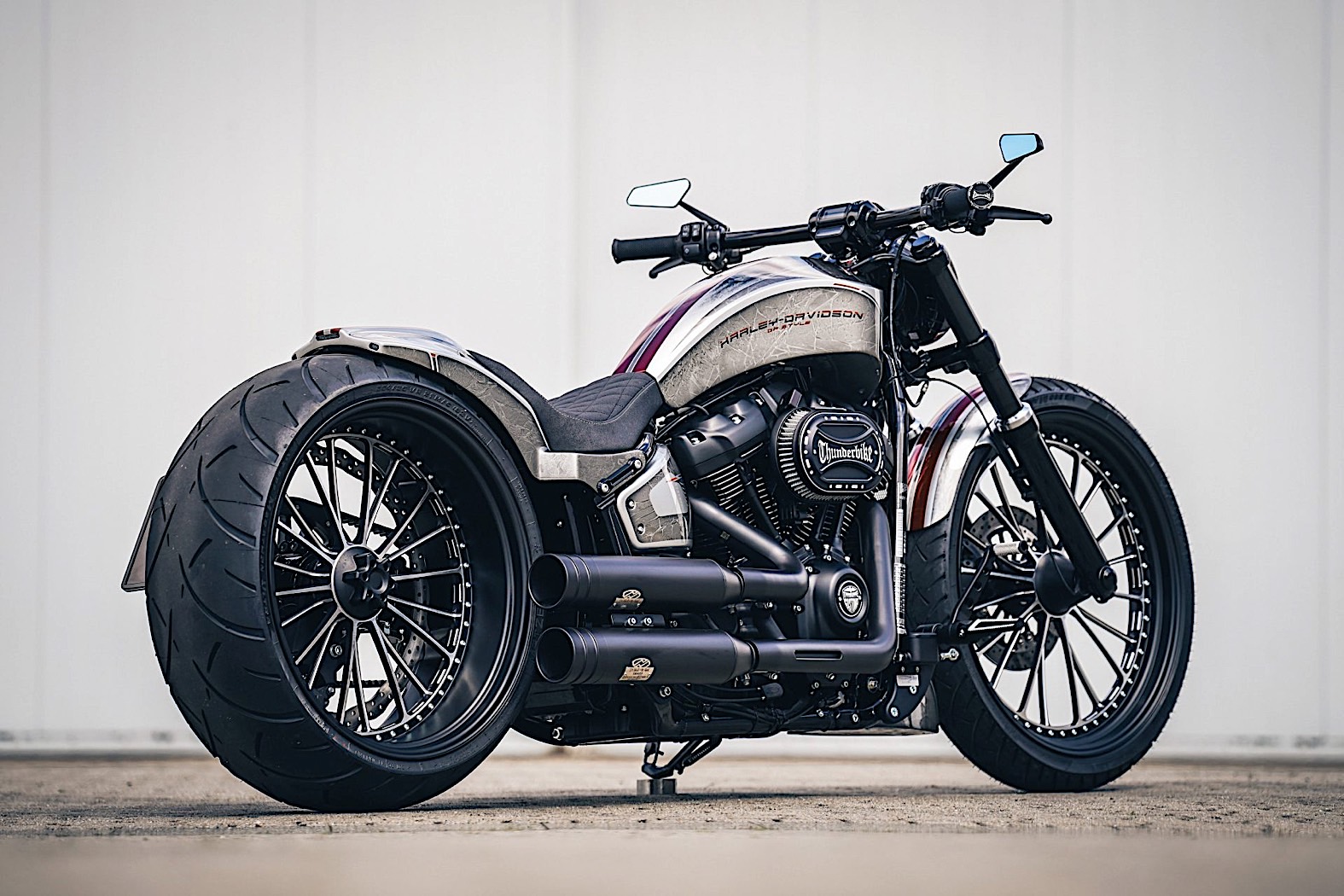 There’s a saying or something that states the inner child in humans never goes away. How else could you explain grown-ups paying money to see superhero movies starring equally-sized adults dressed in funny costumes?

For most of us, the inner child comes out to play only then, when it directs our hand to pay for that movie ticket. In others it is much more potent, to such an extent that it makes an adult behave in peculiar ways. Like say having him order a Harley-Davidson motorcycle tribute to Iron Man.

Sitting in the gallery above is a recent model-year Harley-Davidson Breakout modified at the request of a customer by German shop Thunderbike. Unlike many of the other projects cooked up in Germany by these guys, this one is not an abstract project, but a built-to-order, life-sized Tony Stark toy.

Granted, it doesn’t look like the Iron Man suit (copyright, anyone?), not in the traditional sense. But the lines, the curves, the angles and the paint are there to remind everyone that this is a tribute-build dedicated to the Marvel genius, billionaire, playboy, philanthropist.

“Even a tech freak like Tony Stark would gain some inspiration from this sight. Our customer is a man with a dream – Iron Man & Harley in his garage! So the project was clear. This is exactly how we have perfectly implemented this with our customer and master painter Ingo Kruse,” Thunderbike says about its creation.

For the task at hand, the Breakout was gifted with all the required custom parts we usually see coming out Thunderbike’s garage. There’s a GP-style gas tank up front, new fenders front and rear, massive 21- and 23-inch wheels, the usual complement of Ingo Kruse paint job – about 25 custom parts that make the bike look like it does.

We are not being told how much the conversion cost, but then again the inner child doesn’t really care. It only wants.