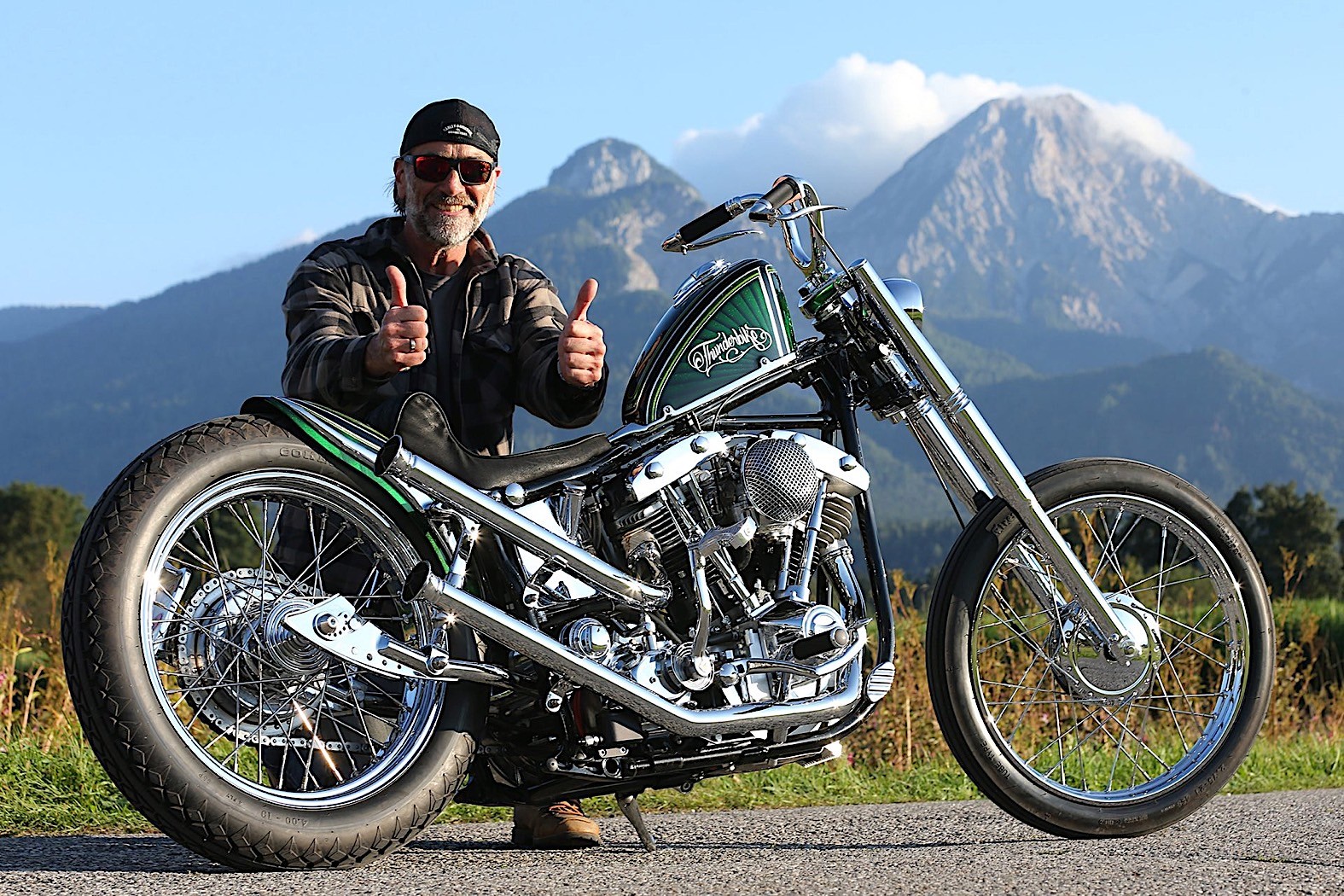 There’s something special about older Harleys. Maybe it’s their looks, maybe the engineering, or perhaps just nostalgia, but there are fans out there, not few, who would always choose an aging Harley over a newer one. And the same goes for custom shops.

In America, there are countless garages who like to take these old Harleys and customize them beyond recognition, as shown in June’s The No Show online event set up by the Milwaukee bike maker. Elsewhere, however, things are a bit different.

Take Europe, for instance. The continent is Harley-friendly, yes, but far less so than the home market. There’s no decades-old tradition there of riding these bikes, not in the way we have it in the U.S., and that means that custom shops, few as they are, usually steer clear of older H-D bikes when it comes to customizing them.

Have a look at one of Europe’s largest custom bike shop, Thunderbike. These guys probably have hundreds of customized motorcycles made over the past 25 years, but most of them are recent Softails, because this is what customers in Europe like.

But there are exceptions, and this here Super Glide is one of them. Also built by Thunderbike, it comes as a testimony of how older Harleys can be better platforms for customization than newer ones.

The bike is an FXE from 1977, and it was given its current shape at the end of a three-month long build that took place in 2016. It sports a Shovelhead engine inside the stock frame, and custom parts all around.

An S&S Super E carburetor, custom struts, special wheels and fenders, and of course a unique fuel tank are just a few of the over 20 aftermarket pieces of hardware that went into building the bike the shop calls Glamor.

We are not being told how much it cost to put the whole thing together, nor what happened to it in the years that have passed since its completion. But it sure looks great.