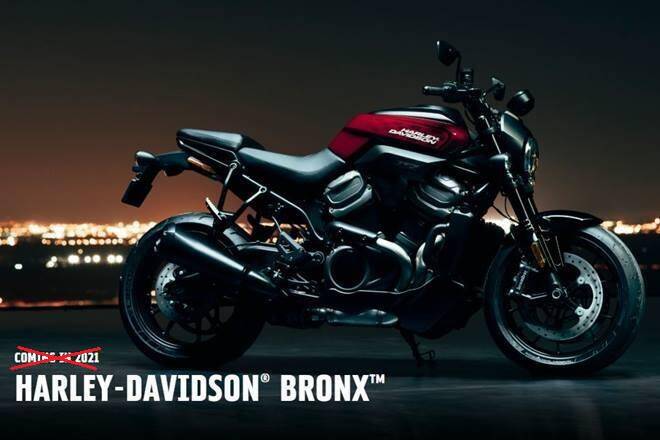 The launch of the new Harley-Davidson Bronx was delayed to next year owing to the ongoing COVID crisis, but now it seems the streetfighter may have headed to a full stop before beginning to write its story.

Harley-Davidson has had some very radical products lined up for 2021, including its very first adventure touring motorcycle and a streetfighter. The mould-breaking models were due next year but now Harley may have had a rethink on the streetfighter. Harley-Davidson Bronx had been the company website’s future models ‘Coming in 2021’ but has now been taken down. The ADV Pan-America, a ‘High Power Custom’, and other e-bicycles and electric concepts that were listed alongside still remain, but not the Bronx.

All details about the Bronx, including that on the press site have been removed. If the launch had been delayed, Harley could change the text from ‘Coming in 2021’ to ‘Coming Soon’, however, the manufacturer seems to have other plans.

According to a Motorcycle.com report, during the previous quarterly results presentation, Harley-Davidson CEO Jochen Zeitz did not have a direct answer when asked about the Bronx. “I think that at this time, adventure-touring will be the focus going into next year,” Motorcycle quoted Zeitz. “Other product line related decisions, we will be revealing in real-time, so it’s not something we can or want to talk about at this time.”

The launch of the new Harley-Davidson streetfighter was expected to be delayed but now it isn’t clear whether it will be launched at all. The Bronx could have been put back on the drawing board or axed.

But we still do have the Pan America to look forward to, along with the 1250cc Custom model. Those who had been waiting for a Harley with sporty configuration may have to be disappointed. Although, the Revolution Max platform is modular and Harley is working on cafe racer and flat tracker variants. When introduced, they’d go up against Indian FTR 1200 and Triumph Thruxton.