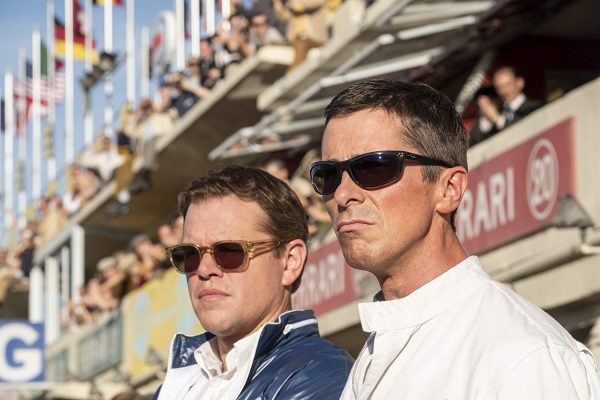 Academy Award nominations for the racing-themed movie include three technical categories for editing and sound.

The Academy Awards’ nominations were announced this morning in Los Angeles, and Ford v Ferrari, as had been expected, was chosen in several categories. The movie is up for Best Picture in a field of nine nominees, among them The Irishman and Once upon a Time in Hollywood. Its three other nominations are for film editing, sound editing, and sound mixing.

Ford v Ferrari tells the story of an upstart American team going up against the Ferrari juggernaut and emerging victorious. It has been critically praised, including by C/D, for its re-creation of three races: the 1966 24 Hours of Daytona, the 1966 24 Hours of Le Mans, and a fictitious race at Willow Springs Raceway in California that establishes the relationship between the main characters, race-team leader Carroll Shelby (played by Matt Damon) and ace driver Ken Miles (Christian Bale). Neither of those actors got Oscar nominations; in an awards ceremony held last week, Bale had been nominated for a Golden Globe as Best Actor in a Motion Picture (Drama), but he lost to Joaquin Phoenix for Joker.

Although the 1967 film Grand Prixwon Oscars for sound, editing, and special effects, it wasn’t nominated for Best Picture, and in Oscars history, no racing-themed movie has ever won Best Picture.