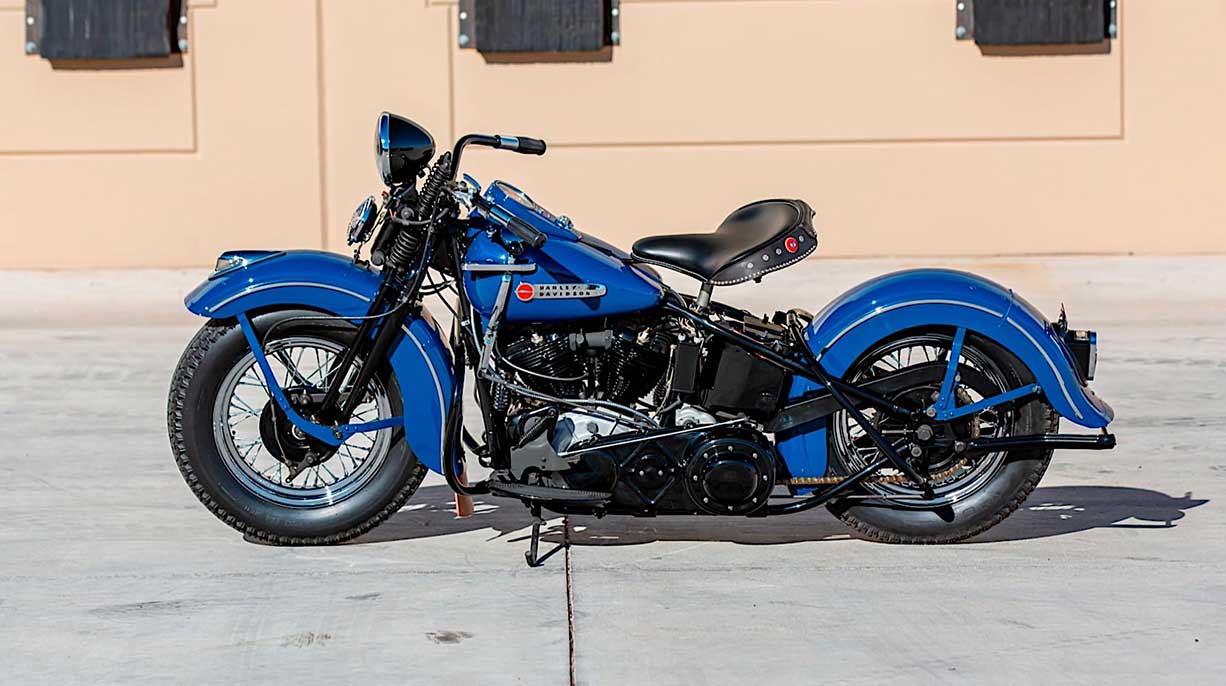 How do you prefer you vintage Harley motorcycle? Do you like them restored to their former shine, or would you rather go for some modifications to make them unique, but somehow spoil them in the process? Well, if you’re a collector, there’s only one possible answer to that.

At the end of April, auction house Mecum will be holding its massive, annual motorcycle auction in Las Vegas. This year, a prominent presence on the auction block is that of an impressive Harley-Davidson collection belonging to a single, Tacoma, Washington resident museum owner by the name of J.C. Burgin.

The incredibly well preserved 1947 Harley-Davidson FL Knucklehead we have here is part of the collection. It entered Burgin’s possession all the way in 1983, and then underwent a careful restoration process that left the two-wheeler looking like it does now.

Wrapped in blue on the body parts that support paint, the two-wheeler retains the chrome shine the bike maker envisioned it for the Knucklehead engine. Most of the FL’s original hardware was preserved, from the front fender lamp to the horn cover. There’s even a red ball tank emblem in there for effect.

The motorcycle is powered by the same powertrain back when it was made, meaning a 74ci unit running a four-speed transmission.

The fact that this bike comes from 1947 might boost its price a bit in the upcoming auction. That was the last year of production for the Knucklehead, as starting 1948, the era of the Panhead began. For reference, back in its day, a motorcycle such as this sold new for around $600 – that would be roughly $7,000 adjusted for inflation.

Now, of course, they sell for a hell of a lot more on the collector’s market. For this particular 1947 Harley-Davidson FL Knucklehead, Mecum gives no estimate as to how much it is expected to fetch.