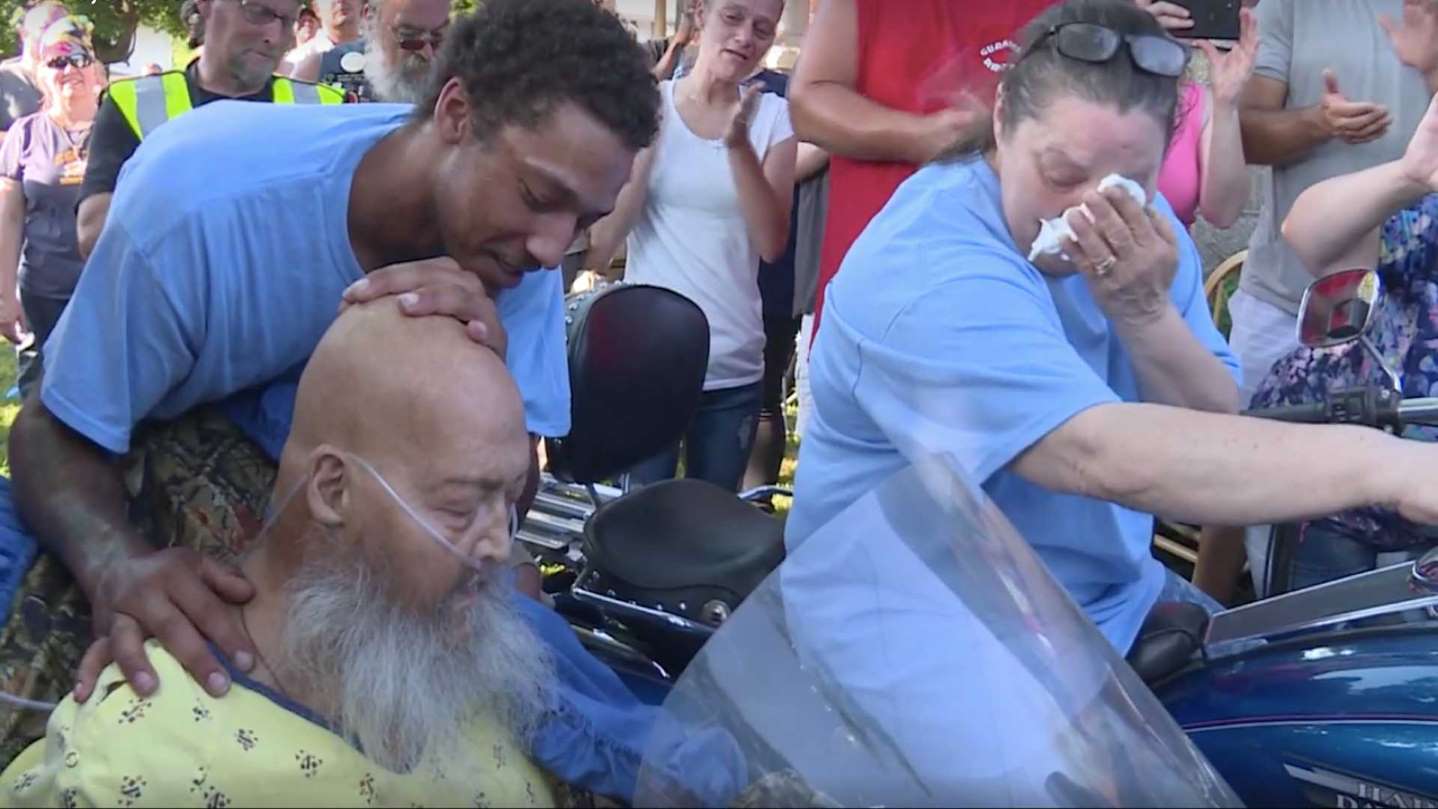 To many who ride, motorcycles are far more than a means of transportation. Bikes are a culture, an identity, and a way of life. Even after health issues or old age force some riders to call it quits, that passion never diminishes. Recently, as one terminally ill life-long biker prepared to say goodbye to this world, he decided his final wish was to hear the roar of an American V-Twin one last time.

61-year-old Indiana resident and cruiser enthusiast Jon Stanley—who’d previously been diagnosed with brain and lung cancer—was on his last leg, and his family sadly knew it. Stanley had recently bought himself a Harley Softail, though after taking it out on only a handful of occasions, the progression of his illness forced him to park it for good. Even though he could no longer ride, Stanley nonetheless relayed to his family that he just wanted to hear a motorcycle through his window.

Stanley’s brother-in-law reached out to a local South Bend rider named David Thompson, via Facebook, explaining Stanley’s situation and request. Not only did Thompson oblige, but he took it one step further, putting out a call to action on social media, asking other bikers in the region to join in. Just 12 hours after David was initially contacted, he and some 200 other riders were on their way to Stanley’s home.

Once there Stanley—a longtime ABATE member and military vet—was treated to his final wish, as more than a collective quarter-million CC’s of America V-Twin sang out. With the assistance of his family, Stanley was carried outside and helped into a sidecar, where he sat and enjoyed the bellow of a big-bore twin for the last time. Stanley finally succumbed to his battle with cancer later that same night, surrounded by his wife and family in his Indiana home.

Big kudos to David Thompson for getting the ball rolling on this, along with every other rider who showed up to grant a dying man—and fellow rider—his final wish. Definitely one of the more touching examples of bikers helping bikers. Ride In Peace Jon Stanley.