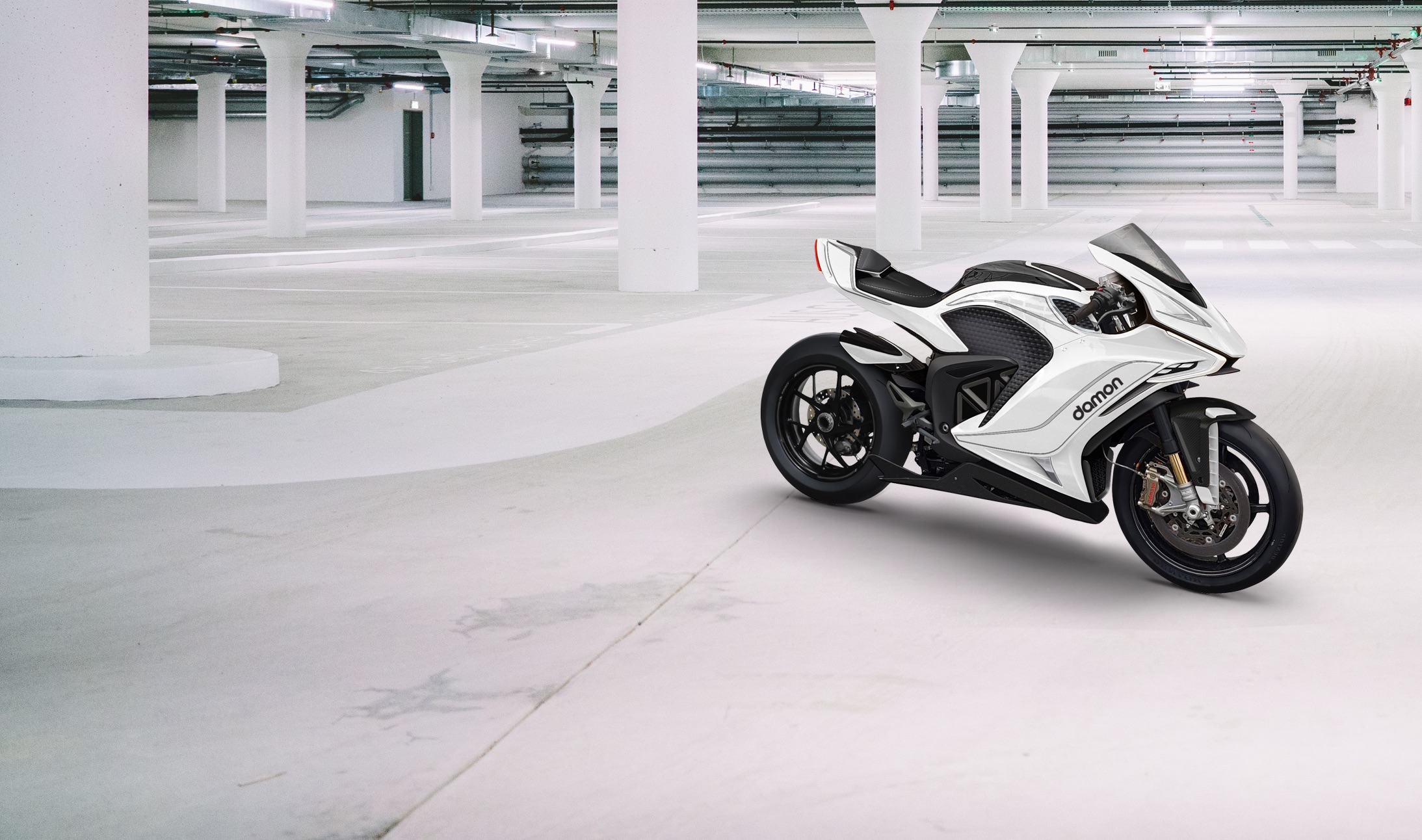 by Florin Tibu from https://www.autoevolution.com

Damon Motorcycles’ Hypersport electric bikes revealed at CES were a huge hit, with the entire limited fleet of Founders Edition machines already sold out in pre-sale. The company now takes another big leap forward with the acquisition of the IP portfolio of Mission Motors, one of the strongest names in the EV powertrain segment.

The move might seem a bit surprising, but it shows that Damon Motorcycles are dead-serious about the development of future, more competitive models in this growing market.

Among the technologies that are now property of Damon we find the proven designs that helped break the AMA electric land speed record at the Bonneville Salt Flats, also setting new records at Laguna Seca in 2011, the 1/4 mile drag strip at Sonoma Raceway in 2012, or the Isle of Mann TT Zero race in 2014. The PM200 electric motor, the acclaimed Mission Inverter and the Skyline Telematics will now be further developed and integrated in new models that are en route to consumers.

While Damon’s Hypersport Founders Edition consisted of only 25 units, the company currently has two more special bikes on pre-sale. The Hypersport Premier Arctic Sun and the Midnight Sun, in white-gold and black-gold trim, respectively, each with a $39,995 price tag. Securing one requires a $1,000 deposit while offer lasts. If special editions are a bit off your budget, but you still want an electric Damon bike, you can also get the standard version, Hypersport HS, which tips the scales at a more palatable $24,995.

The Damon Hypersport is advertised with the “200 Making it count” punch line, emphasizing on the 200 horsepower, 200 mph top speed and 200-mile range figures. The bikes come with a liquid-cooled 21.5 kWh battery feeding a PMAC liquid cooled 160 kW motor that can do 0-60 mph in less than 3 seconds. The advertised charging time is less than three hours on a Level 2 charger.

The combined highway/city range is said to exceed 200 miles, and Damon says that doing 70 mph on a highway yields a ~161 mile range, whereas doing only 60 mph increases the autonomy to 201 miles. Still, we all know these figures can vary quite a bit, depending on weather conditions or a heavy hand.

Among the notable technologies aboard the Damon Hypersport we see the Brembo brakes and Ohlins suspensions, alongside the two proprietary features, CoPilot and Shift. CoPilot is an advanced warning system that uses dual 1080p cameras, haptics and LED alerts for forward collising warnings and blind spot detection for 360-degree safety. Shift is yet another feature embedded in the Hypersport, allowing the rider to effortlessly switch the position of the seat, pegs, handlebars and windscreen for sport and commuting scenarios at the push of a button.

Now, with Mission’s knowledge and Damon’s drive for creating new and exhilarating electric motorcycles, we can expect even more machines in the near future, and hopefully, a more affordable option to expand Damon’s customer base.