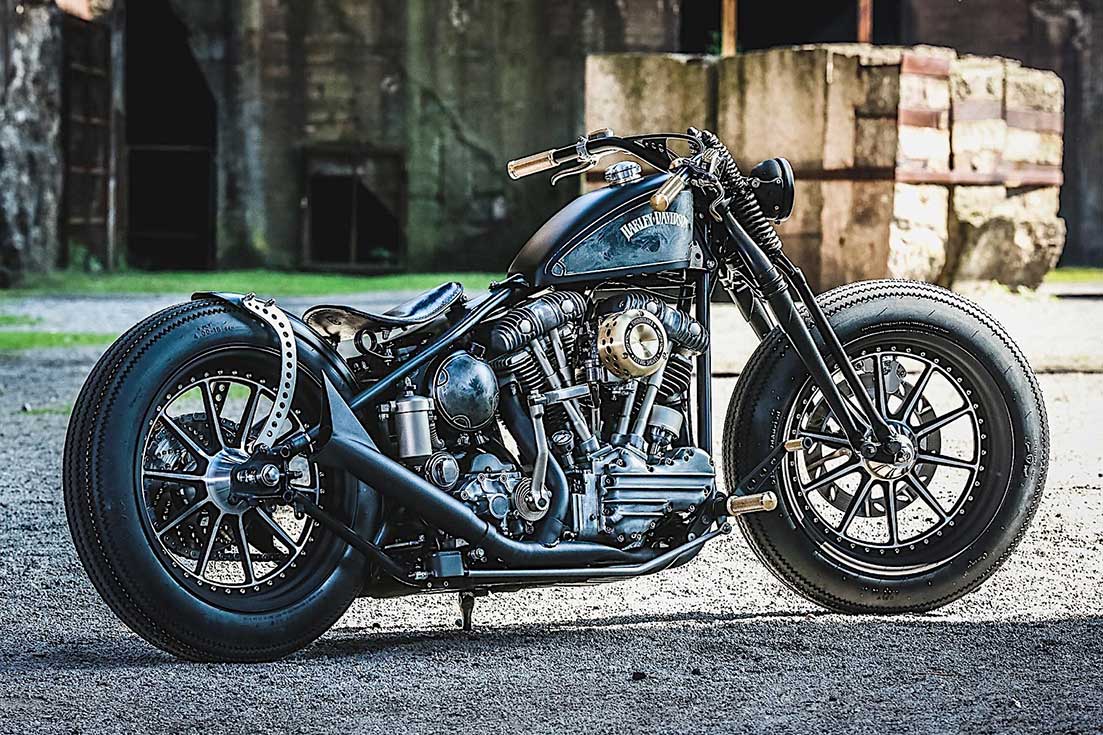 When talking about the exploits of that European Harley-Davidson custom shop by the name Thunderbike, we’re usually treated with reinterpreted modern motorcycles. Occasionally, we also get full custom builds, based on their own frames, and somewhat rarer, conversions of earlier Harleys.

The Flying Shovel, as the one we have here is called, is part of that last category. Originally a 1957 Harley-Davidson FL, it was transformed into something the shop describes as a “true old-school Bobber with rigid frame, but reliable engine.”

What you see before your eyes is the frame of the FL, wrapped around an S&S shovelhead engine. The powerplant is linked to 4-speed gearbox from RevTech and topped by an S7S Super E carburetor also from S&S. The powertrain spins 18-inch wheels of Thunderbike make.

Other than the engine and frame, many of the other parts on this build have been custom-made for it exclusively. We’re talking about things like the exhaust, handlebars, grips, pegs, fuel tank, oil tank, rear fender, all of which have been designed specifically with the Flying Shovel in mind.

Some of these parts, made in brass, were wrapped in nickel, or given an old-finish look to have the appearance the bike belongs to another age, and for the most part, the shop succeeded.

In all, there were around 30 custom bits and pieces that made it into this two-wheeler, but because most were specifically designed for this project, very few of them are available commercially. That means it is extremely difficult to estimate how much it cost to put this thing together, and as usual Thunderbike makes no mention of the cost.

The Flying Shovel was built for a customer, and sadly the world lost track of it since it was completed about three years ago.