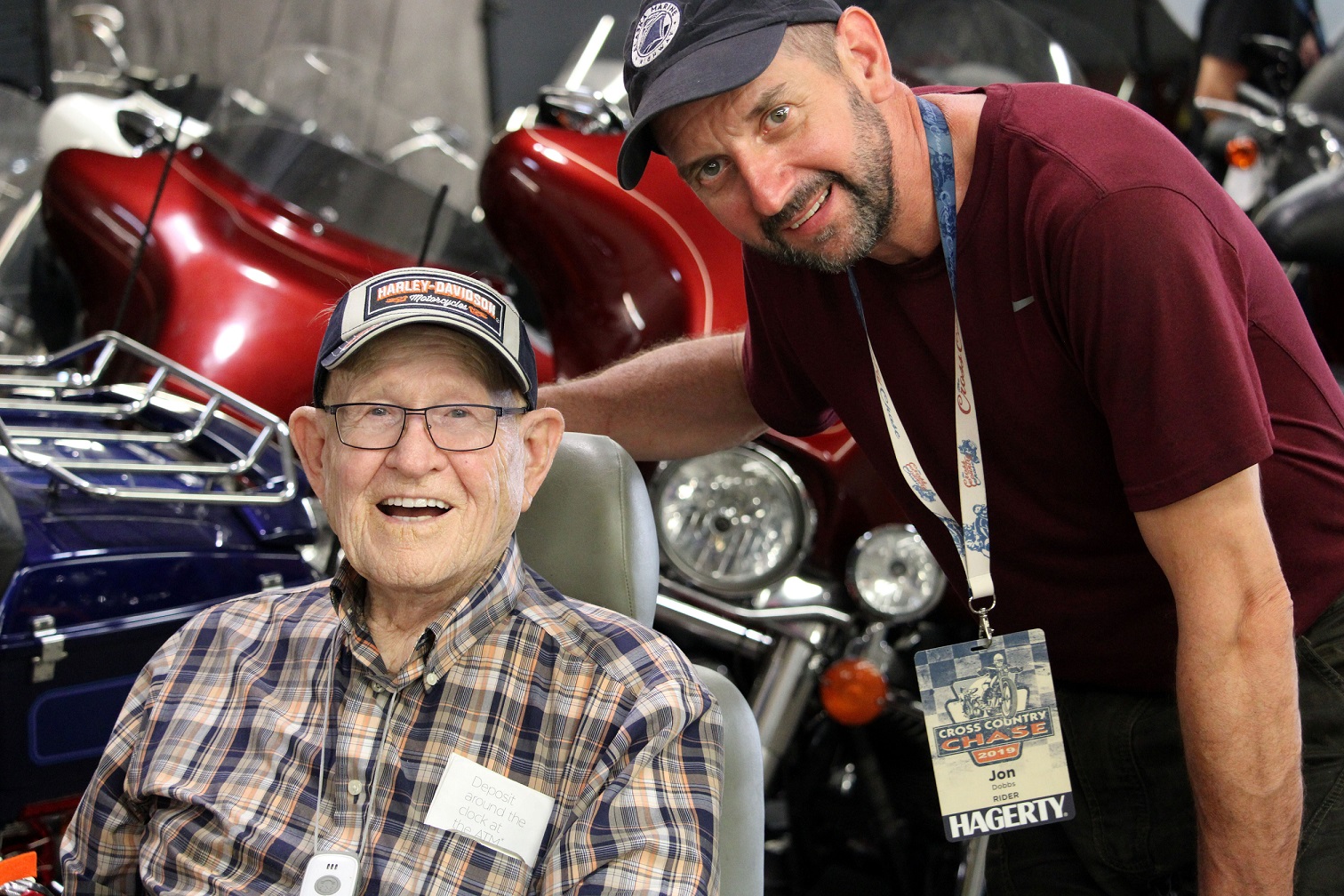 The city of Chattanooga sits in a valley between two small mountains, Lookout Mountain and Signal Mountain, and this day of exceptional riding started out with Chase riders climbing out of the valley up above the clouds that engulfed the city below for a breath-taking view as they set out for there 258-mile day. >From the “Rock City” point they rode past, it’s said that seven U.S. states could be seen: Tennessee, Kentucky, Virginia, South Carolina, North Carolina, Georgia, and Alabama, but there was no time for dawdling since weather was an issue again as the heat index started to climb early.

Riders ended their day at the very welcoming Harley-Davidson of Macon, Georgia. The family owned dealership celebrated Grover Sassaman’s 98th birthday earlier this year but you’d never have guessed he was closing in on the century mark. As founder of the company, Sassaman first attended Harley-Davidson® Factory School in 1939, establishing a life-long relationship with the Motor Company, and he was happy to share the particulars of how he came to be the longest owned independent dealership in the world. Quick and witty, Grover talks motorcycles with the best of them, sharing dates, details and tidbits that held the group in rapture.

Grover cruised the property on his scooter greeting the CCC group and offered great advice to riders, including rider #35. Jon Dobbs had his 1939 HD EL in the service bay due to coil problems and Mr. Sassaman offered tips on what could be causing the trouble since the EL has consumed 4 coils since the start of the run. Dobbs later started the bike and rode it out of the dealership, so we’re betting the problems are solved.

Grover rolled through the Chase bikes outside and was particularly smitten with the 1939 HD EL owned by rider #61, Bob Zeolla, because he considered it to be one of the most original of machine on the run. Tomorrow’s route will take riders 249-miles down the road to end at Harley-Davidson of Tallahassee with bikes being on display between 4:30-6:00 pm. Come join us, you never know who you might get to meet!