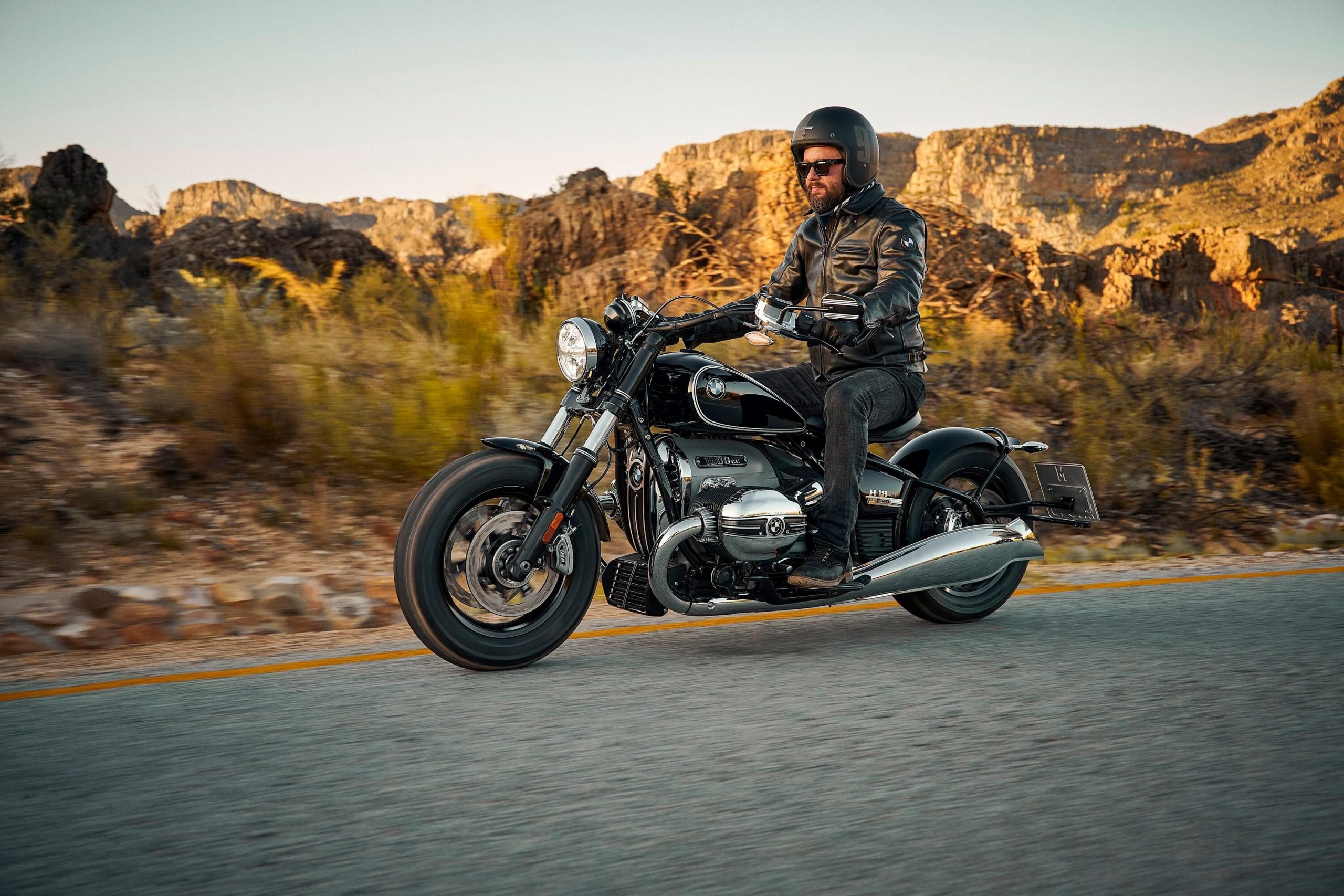 We loved the concept at Villa d’Este, and now the production version will haunt our dreams until it’s released.

I’ve been looking forward to a production version of BMW’s R18 concept since it debuted last year at Villa d’Este, and now it’s finally here. How close does the production model get to the utterly gorgeous prewar-inspired concept?

Well, pretty close, actually. Sure, there will be plenty who argue that it should be closer, that the production bike’s front wheel is too small or that BMW should have retained the concept’s fork covers, but I’m not one of those people. This thing is a handsome-as-hell cruiser-bobber style motorcycle, and I badly want to ride it already.

The R18’s headline feature is its massive 1.8-liter horizontally opposed twin-cylinder engine. This is the biggest boxer that BMW has ever offered — by over half a liter — and it’s still air-cooled. This lump outputs a 91 horsepower and a whopping 116 pound-feet of torque. It’s got four valves per cylinder with dual overhead camshafts on each cylinder, and it promises to be a characterful old thing, in the best traditions of the brand.

The bike also features the classic BMW boxer large single-disc dry clutch and a six-speed gearbox. Unusual for the BMW though (these days, at least) is the decision to leave the bike’s driveshaft exposed. This was done in homage to the prewar Beemers like the R5 and R51 from which the R18 takes much of its inspiration. A reverse gear ala Honda’s Goldwing is available as an option.

The R18 is probably closest in spirit to the R NineT, at least as far as current production motorcycles go, and like that bike, it’s been designed with easy customization in mind. To that end, BMW has partnered with the likes of Roland Sands Design and Mustang Seats to offer factory-approved accessories to help make the R18 more your own.

Unlike the R NineT, the R18 features multiple ride modes which include Rock, Roll and Rain. The former being the most aggressive ride mode, with access to the bike’s full power and torque. Roll mode is analogous to most motorcycles’ Road mode, while Rain offers softer throttle response and more limited power and torque.

The bike’s suspension is pretty neat in that it looks very much like a hardtail (aka no rear suspension) but, in fact, is merely hiding its rear suspension bits. The bike’s front fork legs are each a whopping 49 millimeters in diameter and look suitably old-timey — though I’d have loved to see a modern BMW interpretation of the classic Earles fork design that it used in the 1920s and 30s.

The R18 will be available in two flavors at launch: the standard version and the First Edition, and it’s the latter one that really gets my attention. The First Edition pays the closest homage to the classic Beemers with all kinds of pinstriping and chrome. It also comes with some neat extras like historically accurate tank emblems, slotted screws (to look period correct while also annoying your mechanic), a leather belt, a screwdriver, gloves and a book celebrating the BMW motorcycles’ 97-year history.

The standard R18 will set you back a surprisingly reasonable $17,495, while the First Edition will go for $19,870. Bikes are currently slated to hit dealers later on in 2020, but given the dramatic effect that the coronavirus outbreak has had on the industry, that could be pushed back.