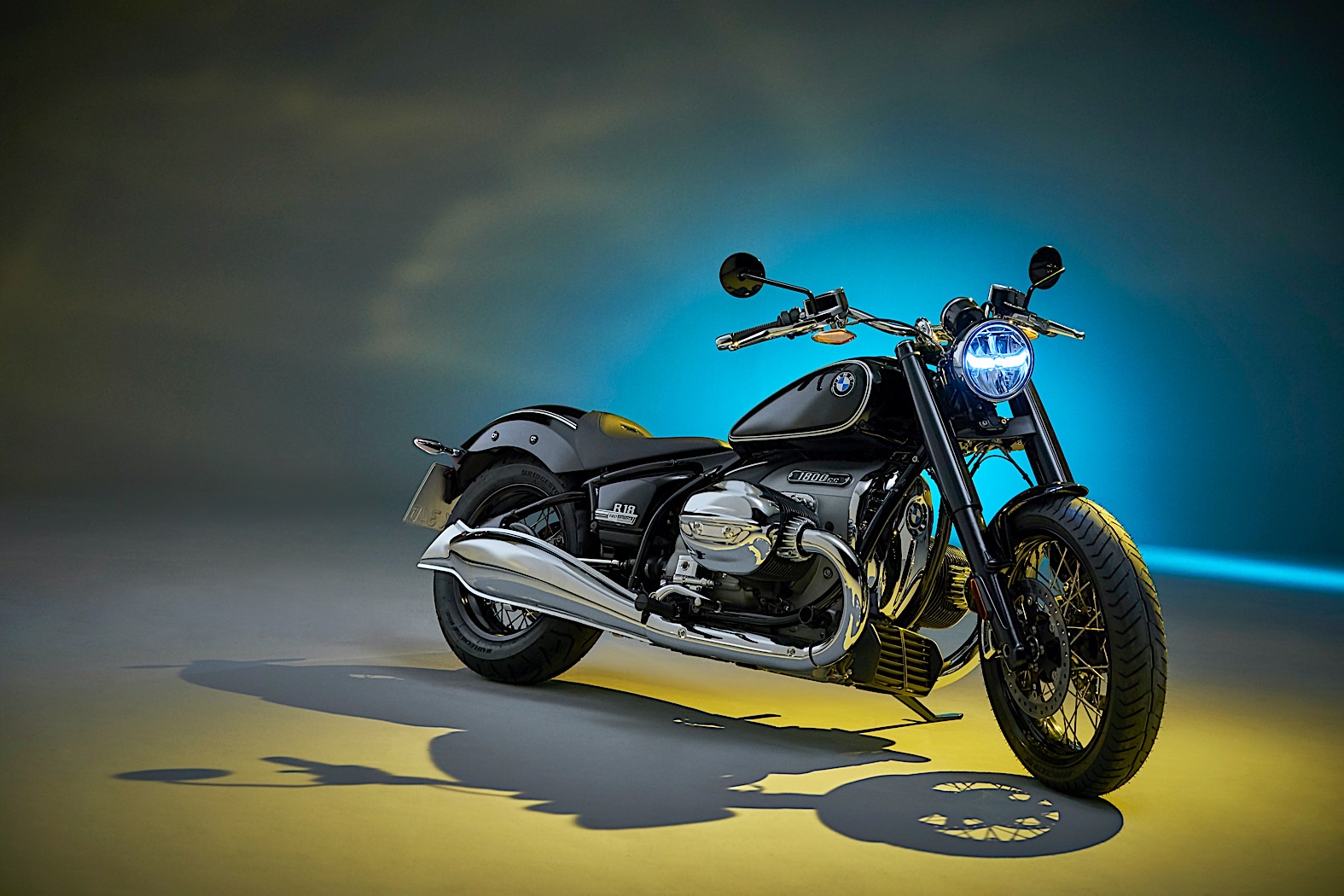 Despite being at the top of sales charts in the motorcycle industry, BMW hasn’t had an entry in the cruiser segment since the R1200 RC . That changed with the introduction of the brand new R 18 this week.

Featuring the Big Boxer engine, the “most powerful 2-cylinder boxer engine ever used in motorcycle series production,” the R18 is described as a bike that blends the classic lines of older BMW bikes with modern day technology.

The design of the motorcycle, and parts of its construction, like the rear swingarm, are reminiscent of the R 5, a bike designed way back in the 1930s as the first BMW motorcycle to use a foot-operated four-speed gearbox. Cues to that resemblance are also the double-loop frame, the pear-drop tank, the open-running driveshaft, the pinstriped paintwork, and of course the exposed drive-shaft.

The motorcycle comes with three driving modes – Rain, Roll and Rock – and is equipped with automatic stability control (can be disengaged) and drag torque control as standard. Optionally, reverse assist and hill start control can be specified.

BMW did not announce yet when the motorcycle will become available and how much it will charge for it. When it hits the market though, it will be available in First Edition guise, adding a few unique extras like a classic black finish with white pinstriped paintwork, chrome highlights and First Edition badges.

Additionally, for the U.S. market BMW partnered with several companies to give the bike a local flavor. The customization program there includes parts from Roland Sands Design, Mustang Seat, or Vance & Hines.

Full details on the BMW R 18 can be found in the press release section below.