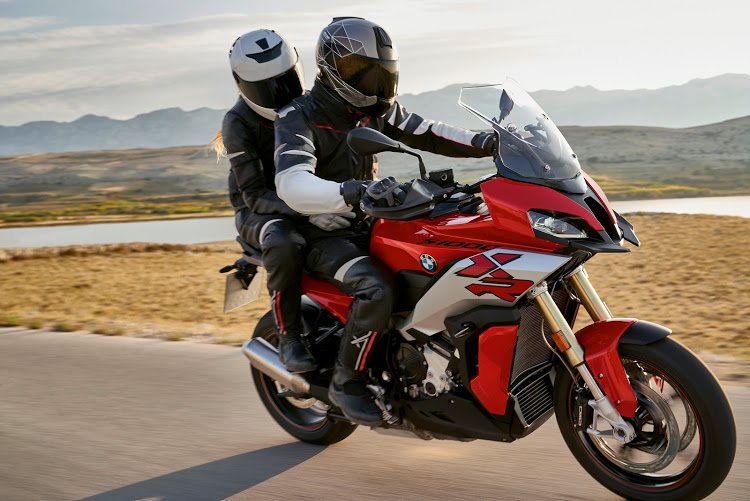 by Denis Droppa from https://www.businesslive.co.za/

With a superbike engine mounted in an adventure bike frame, the BMW S 1000 XR was an unusual concoction when it was first launched in 2015.

This powerful bike was never intended as a hardcore offroad machine, but had the raised ground clearance and suspension travel to be capable of mild dirt riding, meaning the journey needn’t end when tar gives way to gravel. Its upright seating position was also suited to long-distance riding comfort.

This adventure sport bike has gone on to become a popular model for the German brand, and the second-generation version has been unveiled as a lighter and more agile bike with an improved suite of safety- and convenience-enhancing electronics.

Making its world debut at the recent EICMA motorcycle show in Milan, Italy, the new S 1000 XR has shed 10kg and features a newly developed engine and suspension.

The suspension has been slimmed down, the frame and swing arm are now 1.8kg lighter, and the new double-sided swing arm reduces unsprung masses — all contributing to improved agility.

The updated engine is 5kg lighter and is based on the mighty four-cylinder 1,000cc unit used in BMW’s S 1000 RR superbike. While the 123kW and 113Nm outputs are unchanged, it has increased midrange power for enhanced rideability while fourth, fifth and sixth gears now have longer ratios to reduce noise and fuel consumption.

In addition to a smoother slipper clutch, the new S 1000 XR also features a new electronically controlled engine drag torque control (MSR) which prevents the rear wheel from slipping as a result of abrupt throttling or downshifting.

ABS Pro takes braking safety a step further by working when the bike’s in a banked position.

Other standard features on the latest S 1000 XR include electronic suspension adjustment (ESA), while Dynamic ESA Pro is available as an optional extra with two damping modes (Road, Dynamic) and automatic load compensation.

The instrumentation is updated with a multifunction instrument panel on a 16.5cm TFT digital screen, which offers tailor-made displays for a range of different purposes.

A navigation system with app is included as standard. The TFT display is operated conveniently from the handlebars using the MMC (Motorcycle Multi Controller).

The front and rear lights are LEDs, and an optional Headlight Pro offers a cornering function for the headlight. Shift assist for clutchless up-/downshifts, and cruise control are other factory options.

A new frame layout provides provide improved support and knee grip, and BMW has revised the bodywork and ergonomics for more wind protection and comfort.

The new BMW S 1000 XR will go on local sale in the second quarter of next year.