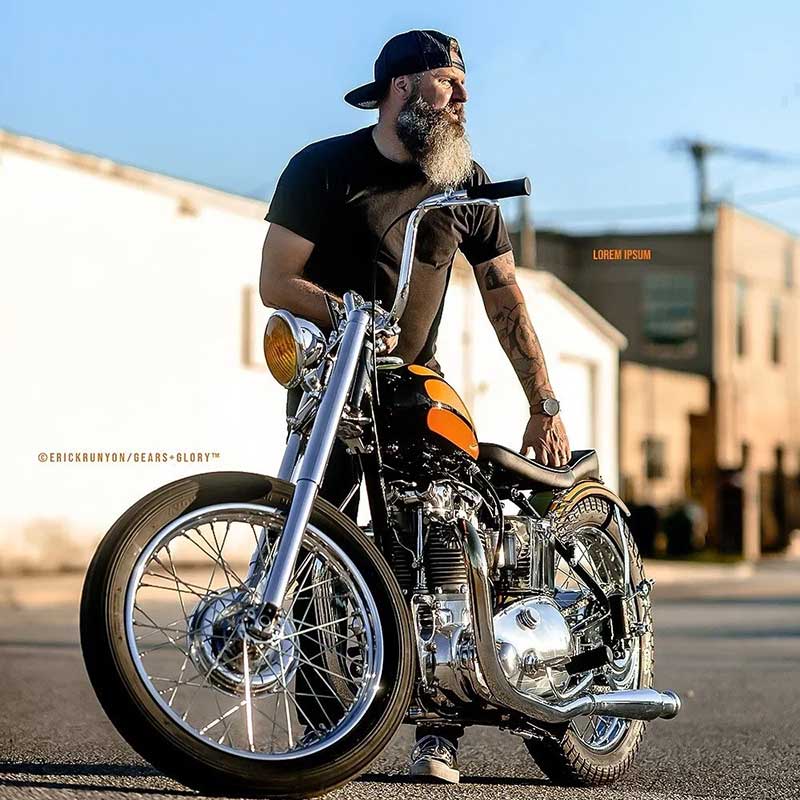 by Kelly Wise Valdes from https://www.ospreyobserver.com

Jared Weems from Riverview is no stranger to adversity. But, as Albert Einstein said, “In the middle of difficulty lies opportunity.” No one knows this better than Weems. The 42-year-old is from a fourth-generation vintage motorcycle enthusiast family. He explained that the passion for all things involving vintage British motorcycles runs in his blood.

Weems was born in Tampa, but ultimately he was raised for the majority of his life in South Tennessee. After high school, he returned to the Tampa area and eventually joined the Army in 2003. He proudly served his country in Special Ops and spent a majority of his military time parachuting from airplanes. It was during this time that he married his wife, Breanne, and they had two children—a son, Austin, 13, and a daughter, Adelaide, 11.

After the onset of some health issues, Weems was medically discharged from the Army in 2018 and moved to Riverview. Unfortunately, his health issues proved to be serious and he was diagnosed with a brain tumor that caused seizures. It was at this time that he hit a low point in his life. “I sold my motorcycles and was unsure where my life was headed,” said Weems.

A pivotal moment took place when a friend came to visit and brought a painting from a famous artist, David Mann. Mann’s work mostly featured Harley Davidson bikes and his paintings were published regularly in Easyriders magazine for more than 20 years. During his lifetime, Mann painted only two pictures of a Triumph bike, and Weems was holding one of those pictures.

“I wanted to build the Triumph bike that Mann had painted,” said Weems. “The painting was something of Mann’s creation—it wasn’t a bike that ever really existed.”

Weems was motivated by his new goal—a ground-up build of the 1952 Speed Twin Triumph from the Mann painting. Weems used this new purpose and his shop as a place of refuge and healing. His intention was to use his savings to build the bike, take it to bike shows, then sell it to recover his costs. The other good news is that Weems’ health had stabilized, and he has now been seizure-free for nearly three years.

Subsequently, his return to Riverview also gave Weems the opportunity to join the staff at The Chapel at FishHawk, currently serving as the director of ministry and leading community-based life skills classes.

It was through this outreach that he met with Cindy Tilley, founder of Forgotten Angels, a nonprofit organization that focuses on helping children that have aged out of the foster care system. Tilley was looking for fundraising ideas to raise money to help build more tiny houses on a property for the foster children.

During the meeting, Weems had an epiphany. “God’s voice said to me, ‘Give them the motorcycle.’”