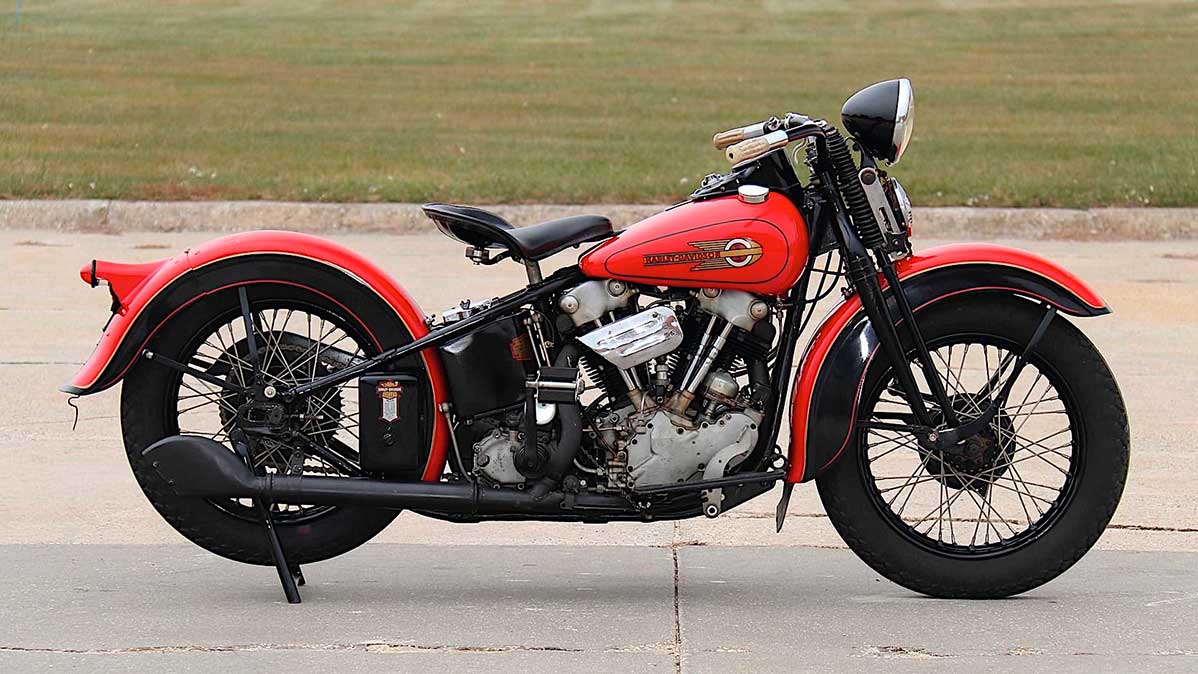 Despite being rather old, Knucklehead motorcycles are still around in relatively large numbers, and a good chunk of them still come in excellent condition. It looks as though each and every one of them, either on display in a museum somewhere or up for grabs through whatever means, has something special and unique to offer.

In the case of this here two-wheeler, that something special would be notoriety. Aside from the fact you’re looking at a first-year Knucklehead (according to Harley’s numbers, about 1,500 of them were made back in 1936), it was also the star of several high-profile events over the years.

It was back in 2003 when the bike climbed the highest on the ladder to success. First, it was part of a massive Harley event in Milwaukee, meant to celebrate the company’s 100th anniversary, and then its image was used on a Miller collectible beer can released that same year.

The bike is presently part of the John Bernard Estate after being purchased back in 1989. It was restored by Dick Winger, a member of the board of the Antique Motorcycle Club of America, and now the plan is to make use of all of these things to get as much money for it as possible during the Mecum Las Vegas auction at the end of the month. Click Here to See Auction Page.

The EL is as original as they come, boasting the telltale red and black paint scheme and the 61ci engine sitting inside the frame—for reference, the engine number is 36EL1586. Most importantly, the two-wheeler has barely been used, as the seller claims there are just 40 miles of use on it, though that’s probably since the restoration was completed.

The Knucklehead is selling with a title, but no mention on how much it is expected to fetch (or on the reserve for it, for that matter) is made.