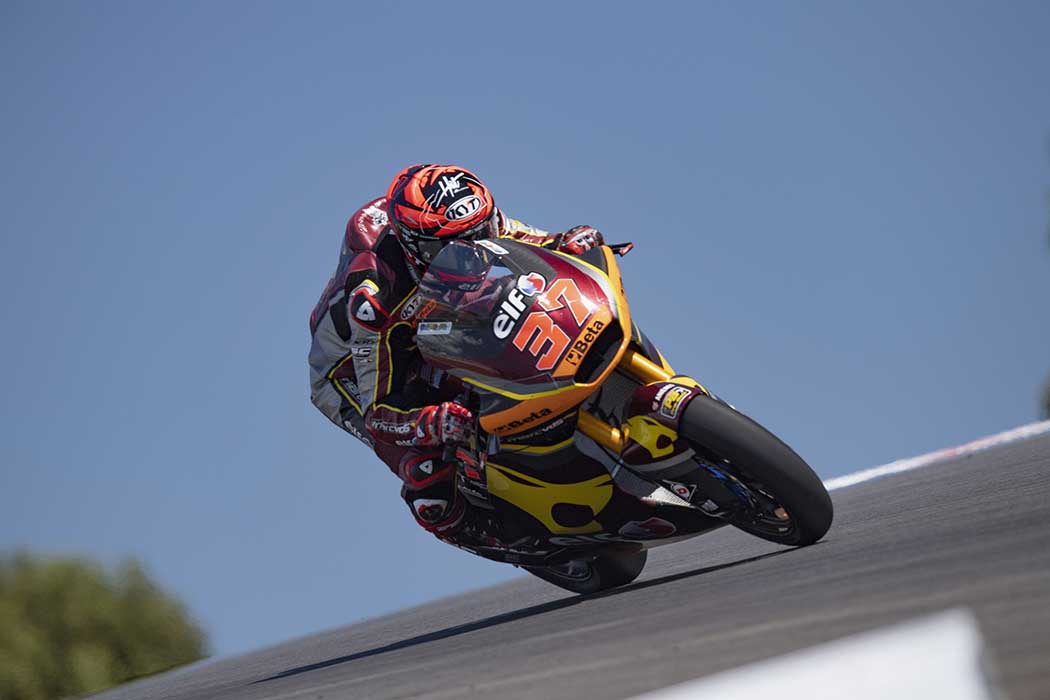 The Elf Marc VDS Racing Team remains on the Iberian Peninsula to make the short trip across the border from Portimao to Jerez for this weekend’s Spanish Grand Prix.

The famous Circuito de Jerez-Angel Nieto hosted the Spanish and Andalusian rounds as part of a double-header that kicked off a heavily revamped European schedule last July.

Sam Lowes and Augusto Fernandez enjoyed a successful pre-season test in Jerez just a few weeks ago and both are confident they can play a prominent role in the 23-lap battle, which is scheduled to commence at 1220pm local time on Sunday.

Successive top six finishes, including a gritty ride to an outstanding fifth last time out in Portimao, have given Fernandez a huge injection of confidence heading into his home Grand Prix.

Fernandez finished 13th in both Jerez battles last season but the 4.4km track has special memories for the 23-year-old after he started on the front row and finished on the podium for the first time in his World Championship career in 2019.

“We are getting closer to where we need to be”

“I’m really excited to start the weekend in Jerez after the strong race in Portimao. I finished really close to the podium and I was in the front group for the whole race and that’s where I want to stay now. It seems like we are getting closer and closer to where we need to be, so hopefully we can continue to improve and fight for a top position again.”

Lowes is determined to reassert his authority on the 2021 title chase after a first corner crash meant the Briton left round three in Portugal empty-handed.

The Jerez track is the perfect place for Lowes to rediscover his winning touch after he took the chequered flag in first place back in 2016 and the 30-year-old was less than a second away from the podium in both races last summer.

“Last year in Jerez, it was really nice for me because it felt like my first proper chance to work with the team after my shoulder injury meant I had to withdraw in Qatar. I’ve great memories of two strong races last season and I’m really looking forward to this weekend. We have tested in Jerez already this year and I felt strong. I’m disappointed with the mistake in Portugal but we are still in a very good situation in terms of the Championship. I’ve been very fast at the first three races and I feel relaxed coming into Jerez and I can’t wait to see what we can achieve this weekend.”