The “Cobra” Could be the Next Autonomous Motorcycle 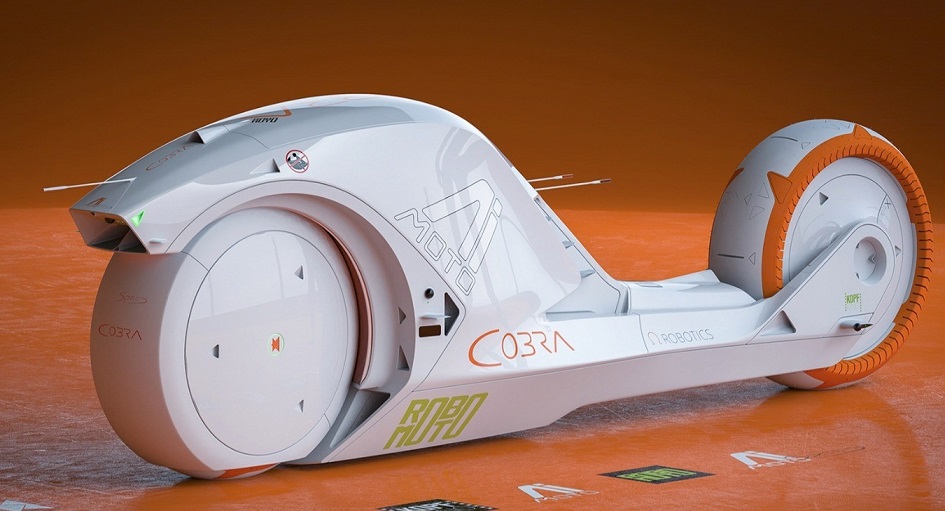 You know, sometimes dream really do come true. Most of the vehicles around today came to life on some drawing board in a room hidden away from the world. But before that they were all concepts, ideas so to speak.

It’s been dubbed the Cobra by its creator Christian Grajewski of Hannover, Germany, and is to be a fully autonomous motorcycle. This too is one of those ideas, and even though it hasn’t quite made it into real life manufacturing, one day, it very well could make it into production. But then again, I’m a dreamer, and for now this motorcycle remains only a concept rendering.

But being a concept, there’s definitely some worth to its mention, and mention it we shall. Before you go on reading, have a look in the gallery to really get a feel for the idea.

If you’ve had the look, then by now you’ve figured out why it’s called the Cobra, basically because it looks like a downright cobra snake, only in mechanical form. Also, if you paid attention to the gallery, you witnessed two different designs. Both are from the same creator, just during different years. The one in focus today will be the newer design, which is also characterized by the white and orange color scheme.

This concept is similar to the idea of Roborace, you know, the ones that race autonomous and electric sports cars. The designer wanted to push the limits of motorcycle design by simply eliminating one crucial component, the rider. Anytime you choose to design something that is no longer based around the human form, you can really go outside the box. And that seems to have happened here as well.

But you still need a pilot in some way or another, so an AI system is definitely present in the design. Where exactly on the vehicle it’s hidden, we can’t say. But we do know that a number of sensors and cameras are placed around the bike to help direct its autonomous movement.

For example, at the very front of the bike, where that chopped fender-like thing is found, we are told it houses a camera, Lidar and aadar sensors. Another pair of these sensors is found one each side of the bike behind the front wheel, and another set near the rear tire. As with anything autonomous, these sensors are the eyes and ears of the vehicle.

Another idea that the concept explores is something called sphere-based magnetic steering. I honestly don’t know what that’s all about, and it seems that neither does Google. Not as a steering based function anyway. But hey, we are all allowed to dream a little.

As for the body design of the vehicle, I personally feel it looks hella sleek. By eliminating the need for a rider, the body design was able to follow one major line. As this vehicle is most likely electric, the space where an engine would normally be has also been removed by the low dropping body line of the top.

Speaking of top, the chassis coverings are held in place by magnets and not screws or bolts. Not so sure how that will hold up at high speeds, but then again, what do I know, I’m not the designer.

Don’t bother looking for the handlebars of pedals on this one folks, it’s not meant for you to ride. But don’t be discouraged, we can still enjoy this vehicle’s hypothetical abilities as it offers a function where an actual driver can be in control via a VR system.

Sure, this design may be far off from anything that is around, but frankly, not for long. Autonomous vehicles are making a very quick progression toward reality.