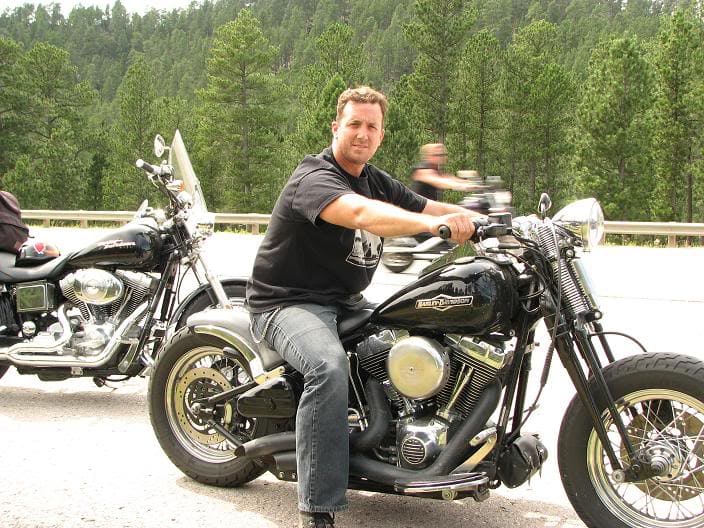 Sturgis 2008. Rode this bike from Houston to Sturgis.

The Springer Transformation
My Education into Bike Customization for the Poor, Unskilled, Wanna-be Biker.
By Johnny White with photos by his lovely wife

I bought this Springer Classic in August 2005 – right after my inaugural trip to Sturgis on the 100th Anniversary – from Mancuso Harley-Davidson in Houston, Texas after seeing it on the showroom floor.

I had gotten a gift card for my recent birthday and decided to get a t-shirt. Well, the t-shirt cost me more than $25,000.

I rode the bike bone stock for an entire year. I had made the famous lying quote more than once to my better half, “I love it just the way she is, I won’t change a thing.”

For a whole year that rung true. Most of my trips were back and forth to work or the gym.

Most of my changes were like most people, limited by
1) my financial situation and
2) my ability.

I also had one other caveat, in that whatever change I made had to be completed in time for me to go to work as my bike was my main transport.

So, as I started, the bike remained stock until the ride to Sturgis in 2006.

CLICK HERE To Read this feature on Bikernet .com