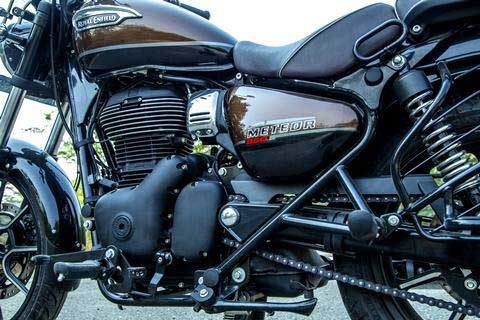 The company states that the defect was discovered during routine internal testing and the issue has been clearly identified and isolated to specific batches of material.

Royal Enfield has announced a recall of three models in seven countries over a defect discovered in one of the parts. The defect is in the ignition coil that can cause misfiring, reduced vehicle performance, or rarely an electric short circuit. The three motorcycle models include the Meteor 350, Classic and Bullet. While the company is recalling Meteor 350 units built between December 2020 and April 2021, the Classic and Bullet units produced between January and April 2021 have been recalled.

In a press statement, Royal Enfield states that the defect was discovered during routine internal testing and the issue has been clearly identified and isolated to specific batches of material sourced from an external supplier.

The recall has been initiated as a precautionary measure, the statement continues adding that the issue is rare and does not impact all motorcycles manufactured during the mentioned period.

The recall will be applicable to Meteor, Classic and Bullet motorcycles sold in India, Thailand, Indonesia, Philippines, Australia, New Zealand and Malaysia.

What to do?
The company states that only an estimated 10 percent of motorcycles will require replacement of the part. All recalled units will undergo inspection and if required, the defective part will be replaced.

Royal Enfield service teams, and/or local dealerships will reach out to consumers whose motorcycle Vehicle Identification Number (VIN) number falls within the manufacturing period mentioned. Consumers can also proactively reach out to their local Royal Enfield Workshops or call Royal Enfield to verify.