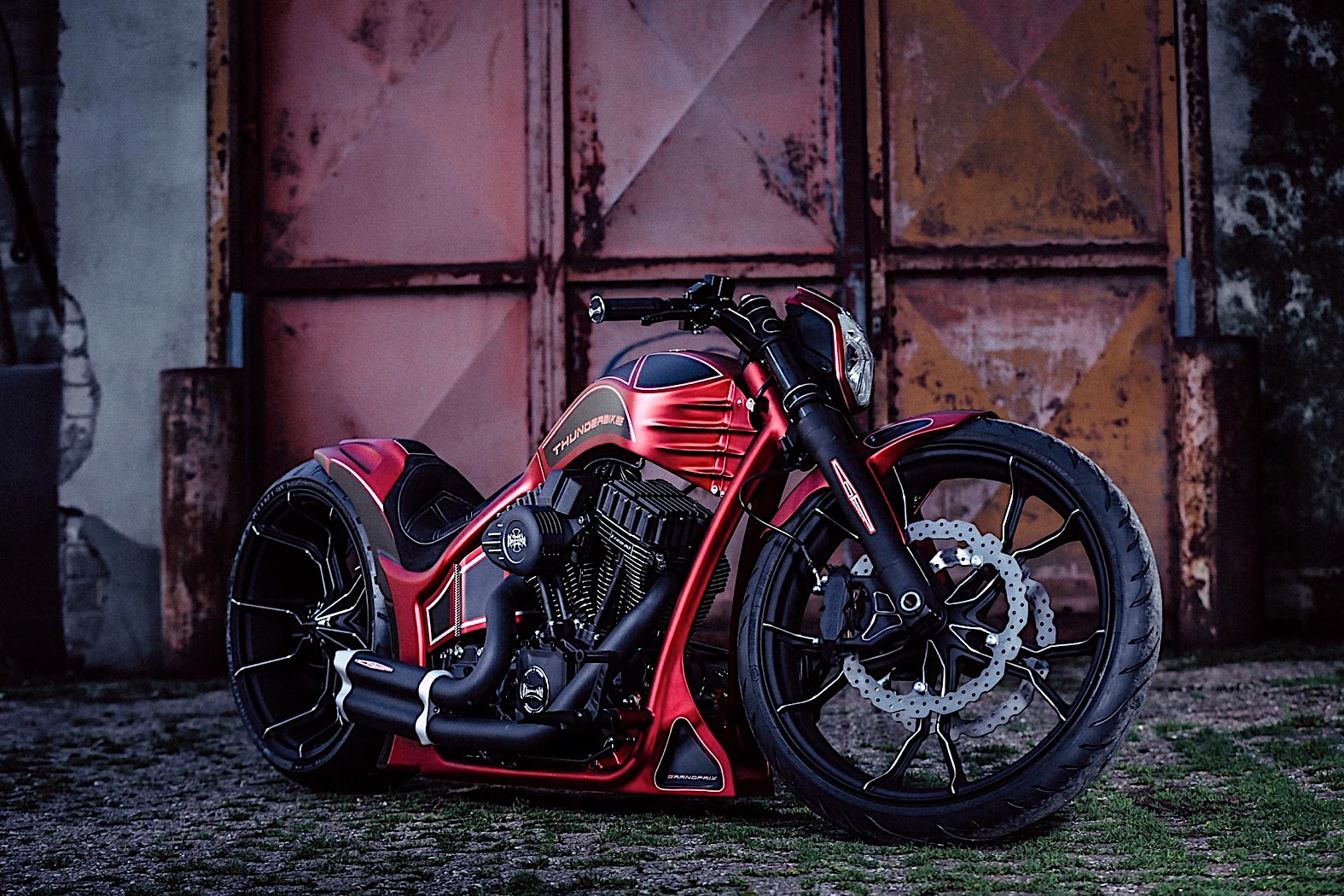 Over the past few months, as part of our various special coverages, we’ve talked at length about certain custom motorcycles coming from Germany. As you can see, we’re not quite done yet, because the number of extreme builds a certain shop there is responsible for is huge.

The shop is called Thunderbike, and this weekend we’re showing you a machine it unveiled at the 2016 Custombike show in Bad Salzuflen, Germany. It’s called Grand Prix, and it’s an even more radical interpretation of another build that goes by the name Outerlimit.

The Outerlimit was made for one of the shop’s customers specifically to mirror the design and colors of a Lamborghini Aventador. Built on a custom frame, it sports a Harley-Davidson twin cam 120R engine linked to a 6-speed manual transmission, which gives the bike a power output of 140 ps and 190 Nm of torque.

That makes the overall design of the bike pretty similar to the Outerlimit, only there are exceptions, too. The most visible one is the color. Instead of the white used on the Lambo-mimicking bike, this one comes in racing red, hence the name Grand Prix.

The wheels on the build are a tad different, too. The custom shop went for a new design, more aggressive, for the rims (they are sized 23 inches at the front and 21 inches at the rear) to give the motorcycle a more racing-like look.

We are not being told how much the Grand Prix cost to put together, but we do know that a lot of CNC-machining, CAD design and man hours went into making it look like an extreme interpretation of the Outerlimit.